All eyes are on Porsche’s race debut this weekend. 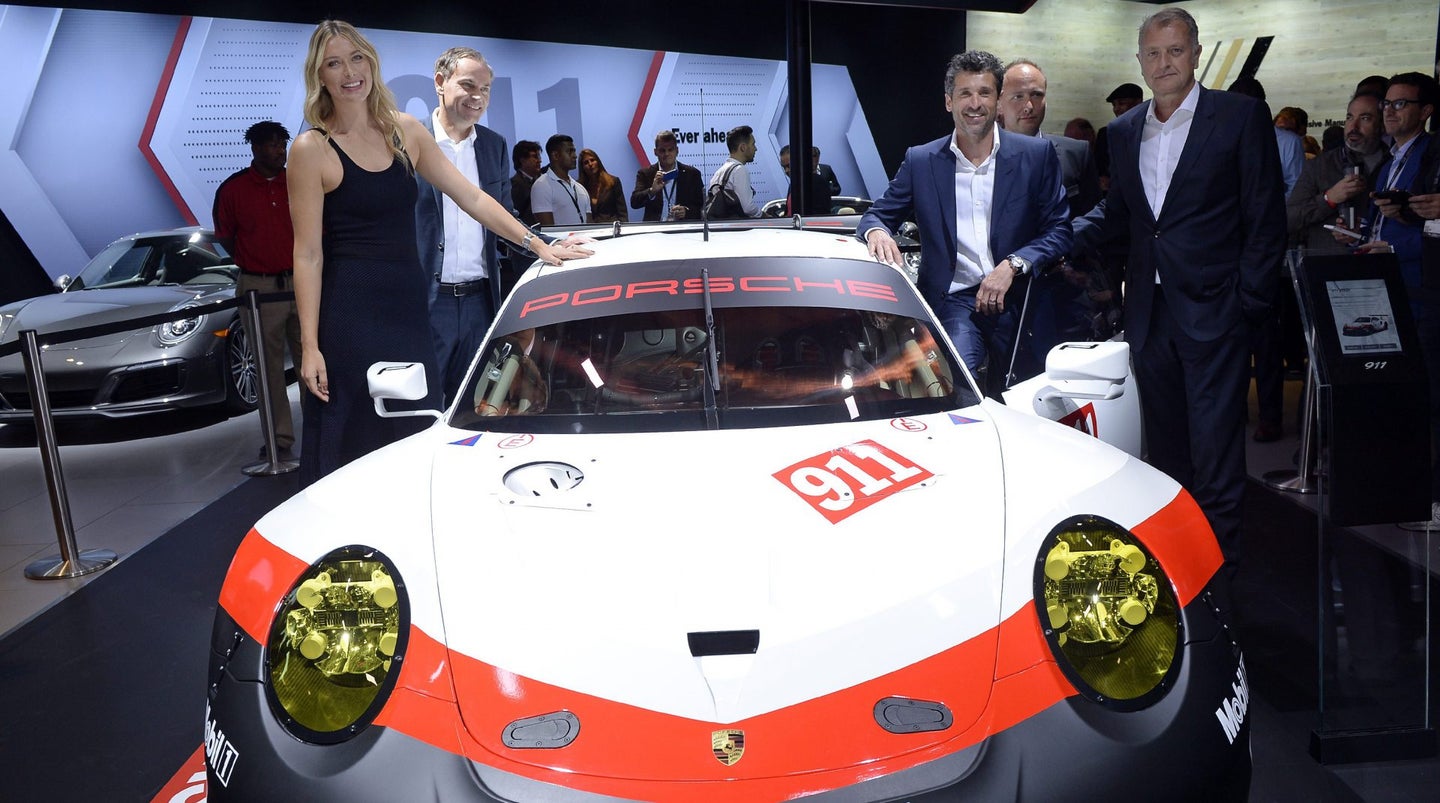 Tomorrow, at the Rolex 24 at Daytona, Porsche's new mid-engined racer, the 911 RSR, will make its race debut.

It needs to succeed.

After the 911 RSR was revealed in November, it ruffled the feathers of quite a few Porsche die-hards. Why would Porsche do this? Is it still a 911 if the engine is in the middle?

What a 911 is (and isn't) is a popular debate subject among the faithful; most insist that, by definition, the 911 can only be a rear-engined car—some would further argue the purest of the pure are air-cooled—but some Porschephiles may not care so much as long as the model continues its history of worldwide motorsports domination.

However you define a 911, though, the new RSR has to perform this weekend in order to silence the naysaying trolls and continue to bolster Porsche's reputation as a dominant force on track. When it comes to the 911's heritage, and the particulars that will satisfy customers old, new, and forthcoming, the model's standing in the racing world matters more than the location of the engine.

Porsche wasn't born yesterday; they knew what they were up against when they debuted the new mid-engined 911 racer: basically, purists were going to be pissed. But the German automaker took a bet—albeit one that would improve weight distribution and handling—knowing that their heretical decision would be smoothed over with time. Winners, in other words, are forgiven many sins. (Besides, this isn't Porsche's first time doing something like this: remember the transition from air cooling to water cooling, hydraulic power steering to electric, etc.)

So let's stand by and let Porsche do its thing this weekend. As a Porsche fan, I, for one, am hoping to see the RSR prove victorious.