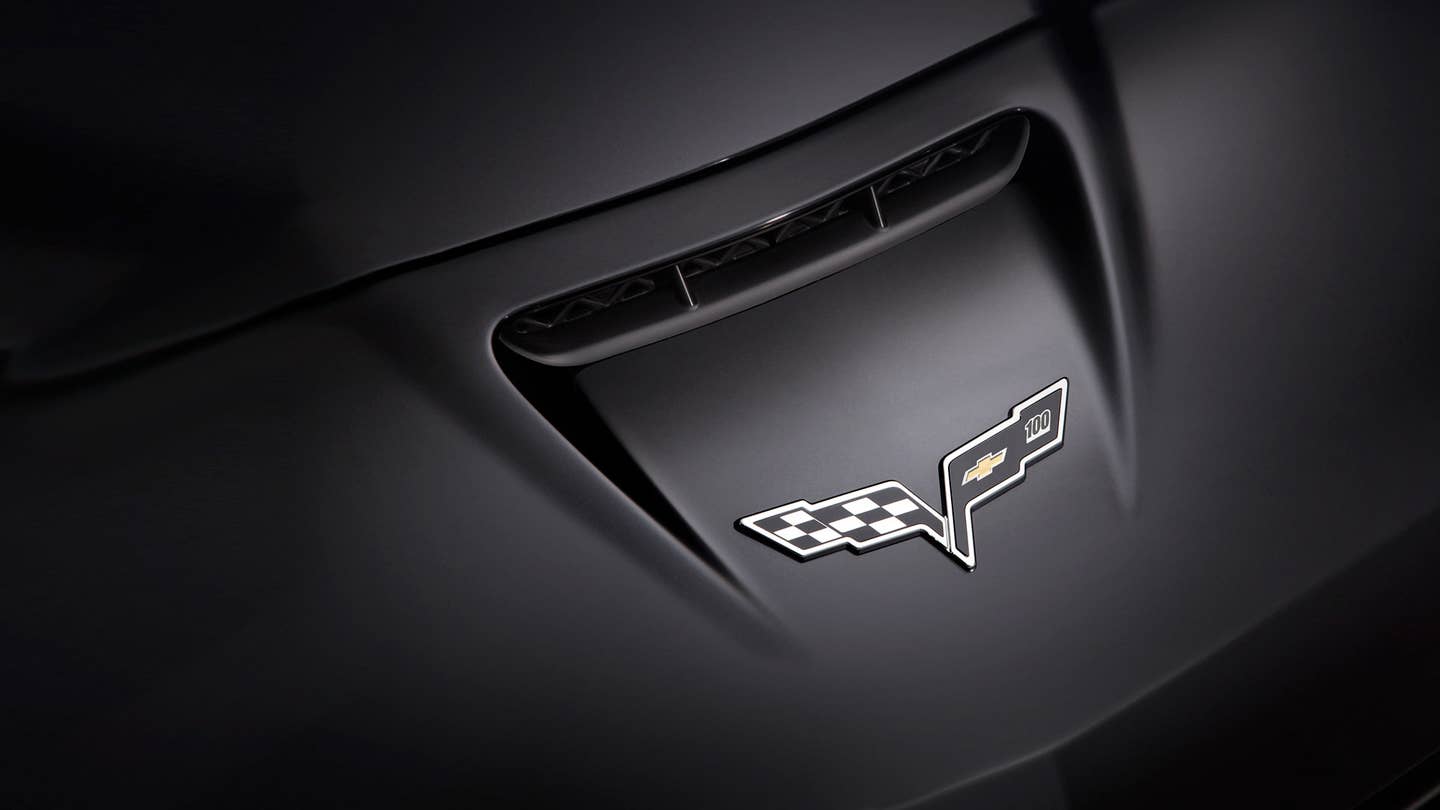 Yeah, that’s just what the world needs: A $100,000 mid-engine Corvette. Hell, make it $150,000. Who’s counting anymore? Certainly not auto journalists, who drive cars for free and forget that only a handful of Americans can actually afford a six-figure car.

After decades of speculation and disinformation, it appears Chevrolet will yank the engine from the Corvette’s shark-nosed engine bay—where it has resided since 1953—and move it to the middle. Or, as Car and Driver put it, “where God, Ferry Porsche and Zora Arkus-Duntov intended.”

Personally, I didn’t realize that God or Ferry Porsche had a stake in the placement of a Chevy V8. As for the late Arkus-Duntov, the Russian-born engineer and Corvette godfather, his dreams for a mid-engine ‘Vette went as far as the CERV concepts, including a CERV II in 1962 that he envisioned as a separate line of racing Corvettes.

According to Car and Driver, Chevrolet will unveil an eighth-generation C8 Corvette in January 2018 at Detroit’s auto show. And with the exception of a bon vogage in the form of a final hyper-powered C7, the next Corvette would adopt the mid-mounted layout common to Ferraris, McLarens, Lamborghinis and every other sports car that only hedge funders and the children of Chinese immigrants can afford. We will call this progress.

What you hear is a death knell for the Corvette, at least in the (relatively) accessible, aspirational form that made it America’s Sports Car

Car and Driver, after previously estimating the so-called “Zora ZR1” would cost up to $150,000, has backpedaled on the name and the price, landing at a more palatable $80,000 base price. Even considering the Corvette’s emphasis on value, that $80,000 sounds optimistically low to me. I'm thinking closer to $100,000 after options, on par with today's Z06. And even 80 grand is a nearly 50 percent jump from today’s $55,400 base fare. Next comes the extinction of the Corvette’s traditional pushrods, via a new four-cam, 32-valve V8. Now the ‘Vette’s price “surely" tops $100,000, the magazine attests. Then Chevrolet tweaks some more, via a hybrid version with front electric motors. Wait, that sounds suspiciously like . . . the Acura NSX, a hybrid supercar that can reach $200,000 with options. And that’s with a twin-turbo V6.

If that all happens, the sound you hear isn’t an electric motor. It’s a death knell for the Corvette, at least in the (relatively) accessible, aspirational form that made it America’s Sports Car. Apologists will point to what people spend for Porsches or Ferraris with comparable performance, but that misses the point. The Corvette is still a Chevrolet. Corvette buyers are not Ferrari buyers. They demand unmatched bang for the buck, in part because they have fewer bucks.

At least in the traditional universe of General Motors and Chevrolet, that’s not enough to make the Corvette a going concern – unless they’re happy with the Corvette being a mere halo car. Which doesn't make me happy at all. I'm fast growing tired of the supercar obsession, especially from mainstream brands like Ford and its ultimate Richie Rich show off, the perhaps-$350,000 Ford GT. Look, not every sports car has to compete with Ferrari or McLaren to be worthwhile. Engineering ambition is fine, but it can shade into hubris. More and more, sports car makers seem to be designing cars for themselves – to stroke their egos, brands and the billionaire boy-clubbers of LeMans or Pebble Beach -- instead of actual buyers. There’s already a troubling dearth of affordable sports cars. The Mazda RX-7’s and Toyota Supras that once proliferated have largely gone “poof." The Corvette has helped carry the torch for people who can't afford a $1,500 a month lease.

Allow me to explain my soft spot for the blue-collar Corvette. After a dodgy youth in Detroit that included a job at an auto parts factory, my first car writing job was at Corvette Quarterly. I thought I knew Corvettes before that. But I had no idea. The pride, the loyalty, the obsession of owners just blew me away. I met at least one guy who owned one of every year of the Corvette, beginning with the romance-on-wheels of the ‘53 model.

Don’t get me wrong. Part of me understands the Corvette team wanting to go bold and radically reinvent the car. The car's leadership played it safe for decades, afraid to alienate repeat-buying loyalists. The C3, or the third-generation, Mako Shark-styled Corvette, straddled the Beatles and Boy George eras, built from 1968 to 1982. The C4 generation ran from 1984 to 1996. That complacency did the Corvette no favors.

Yes, a mid-engine layout could shrink the Corvette’s lengthy wheelbase. Moving the engine from the front to the center, and the gearbox closer to the rear axle, would redistribute weight rearward. That would help the Corvette's rear wheels apply massive power to the pavement more efficiently. Yet I didn’t realize today’s 650-horsepower Corvette Z06 had trouble accelerating, or even the standard 455-hp version.

Meanwhile, a mid-engine layout will play hell with Corvette practicality, another key selling point. The generous, glass-topped hatch will disappear. With no Porsche-style back seat, a small “frunk” up front will be the only receptacle for cases of Mobil1 and steaks from Costco. Apologies for trafficking in Corvette stereotypes, but owners tend toward the larger side, and they’re not known for traveling light.

We’re also hearing a lot of unsupported talk about how a mid-engine Corvette might recruit the younger buyers the car badly needs, with an average owner age of 64. That’s older than owners of any rival car. But I’m skeptical that an engine switcheroo will send millennials scurrying to Chevy dealerships. (And yes, I realize the layout would dramatically reshape the Corvette's styling as well). During the recession in 2009, Corvette sales plummeted below 14,000, their lowest level since 1961. A few years later, when I drove around GM’s Milford Proving Grounds with Corvette chief engineer Tadge Juechter – in the upcoming Stingray and some pricier supercars that included the Audi R8 – Juechter frankly acknowledged economic and social headwinds. Juechter expressed real concern over the Corvette’s aging audience. Corvette owners tend to “have silver hair or no hair,” Juechter said dryly, and he and his team were thinking hard about how to change that.

But I see Corvette people as buying a lineage and lifestyle, not an engine layout. The typical Nissan GT-R owner is 39, the youngest by far of any supercar. Last I looked, that’s a front-engine car. Plenty of other sports cars, including the Porsche 911 (its average owner is 60) are facing the same youth-recruitment issues. You won’t see the 911 adopting a mid-engine layout anytime soon.

Before the current Stingray's arrival, Juechter figured it needed to boost annual sales to at least 25,000 to make a business case for continued survival. Mission accomplished: The Corvette found more than 33,000 buyers last year, healthy enough to keep the GM bean counters and boardroom at bay. Why mess with success? Just two weeks ago, I drove a 2016 Stingray coupe with everything I’d want: Arctic White paint (seriously the most striking Corvette color), manual transmission and Z51 package. A dream car, for 60 grand to start, out-the-door for $70,000.

Let the Dodge Viper be the final cautionary tale. Certainly, compared with the Corvette, the Viper was always a more hardcore, low-volume sports car. But when Dodge sent the Viper’s price shooting over $100,000, sales really fell off a cliff and never recovered. Now the Viper is dead. When it comes to a mid-engine Corvette, be careful what you wish for.