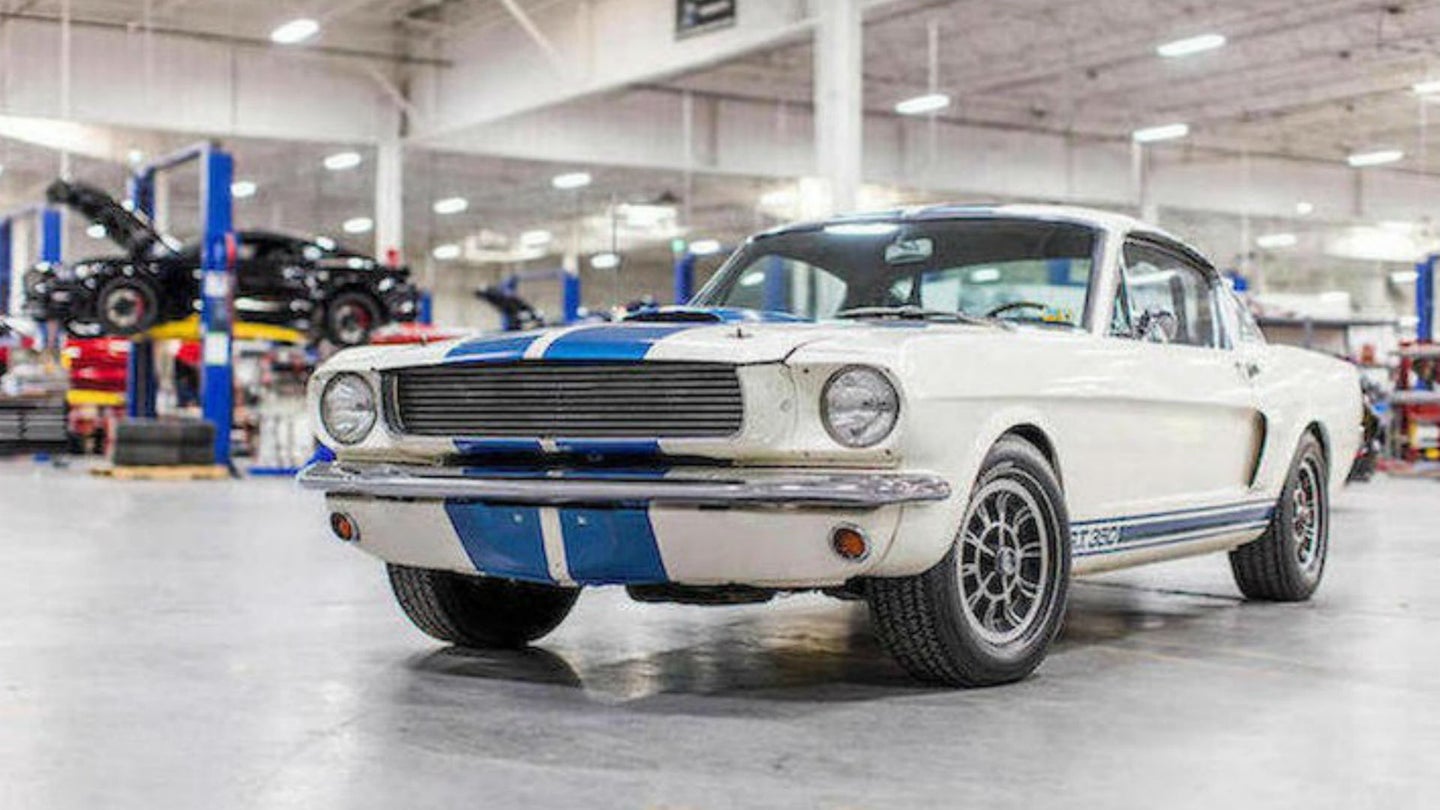 While the original Shelby GT350 is already one of the most coveted Fords available, there's a much more special variant up for sale. Bonhams is auctioning off Carroll Shelby's personal 1966 GT350H Fastback at their Scottsdale, Arizona auction later this month, and we want it.

The GT350H stems from Carroll Shelby partnership with Hertz, who commissioned a thousand Rent-a-Racer GT350s for the public in 1966. For $17 per day and an additional 17 cents per mile, anyone could rent one of these race cars, beat the snot out of it at a track day or canyon cruise, and return it at the end of the weekend, no questions asked.

This example is finished in Wimbledon White with Guardsman Blue racing stripes, which it has retained since it left the factory. This example features a 289-cubic inch V8 making 306-horsepower and a 3-speed automatic transmission. The car was optioned with a radio, upgraded brakes, and chrome Magnum wheels, which brought the grand total in 1966 to $3,865, or about $29,344 today.

Carroll Shelby was actually the third owner of this historic vehicle, one of whom modified the GT350H with aftermarket gauges, radiator, roll bar, valve covers, wheels, and a spoiler. Shelby purchased the vehicle from the second owner soon after, returned it to near factory condition, and stored it in his personal collection. This GT350H sat proudly on display at multiple automotive collections in Las Vegas, Nevada until it was given to Bonhams for auction.

Now wait a minute, haven't we covered Mr. Shelby's GT350H in the past? It seems that Shelby actually owned a few GT350Hs, and this is probably the rarest. Most of the 1,000 cars built were finished in black and gold, 59 examples in Ivy Green, and only a handful in this white and blue color scheme.

These cars remain some of the most desirable GT350s on the market, but the fact that this one was owned by the man himself makes the $150,000-200,000 asking price seem like a steal.