This long-roof is far rarer than its coupe and convertible siblings. 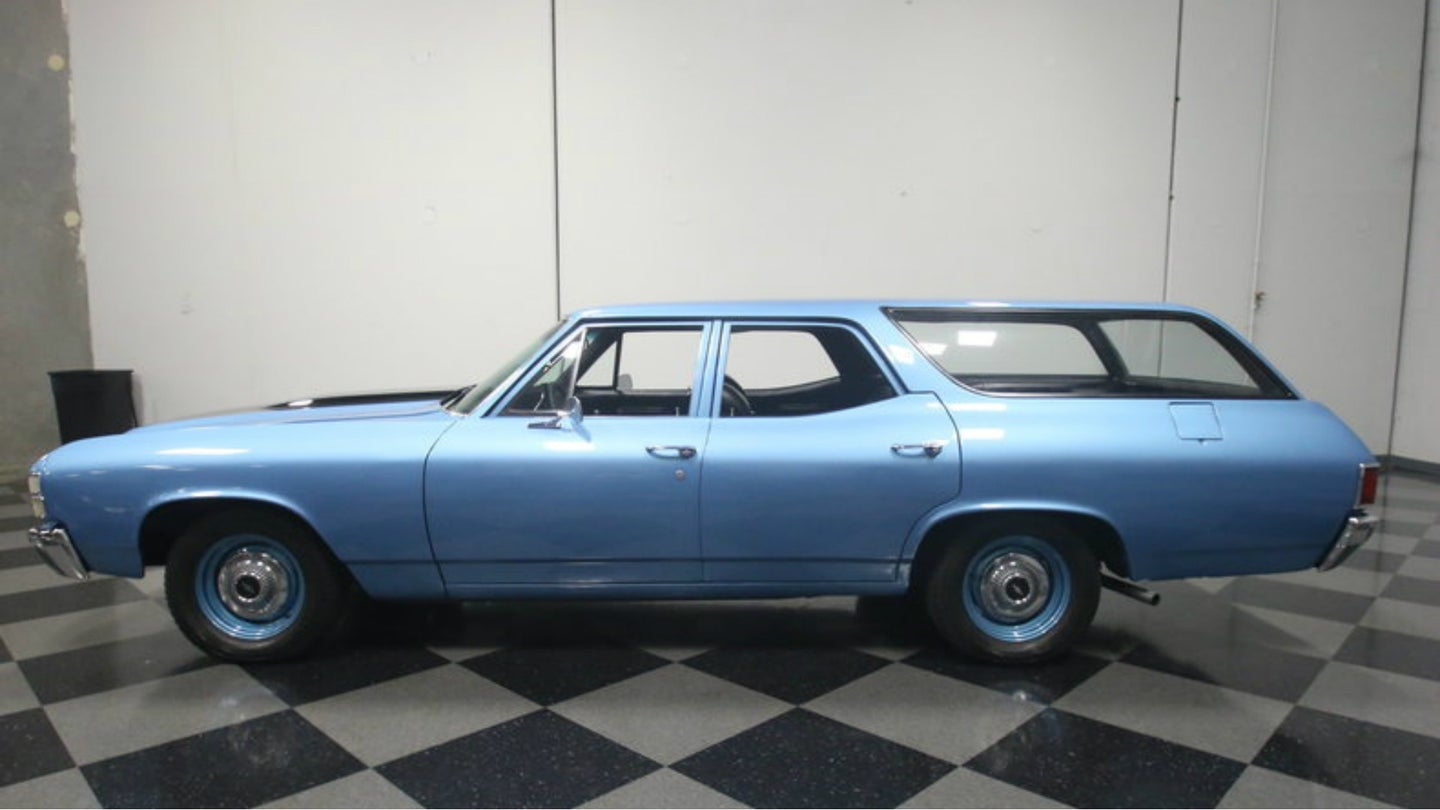 A 1971 Chevy Chevelle Wagon is on sale in Georgia for $19,995. Streetside Classics is handling the transaction from its Atlanta showroom.

The Chevelle was Chevrolet's mid-sized offering from 1964 to 1977. It slotted between the slightly smaller Nova and the substantially larger Impala in the automaker's lineup. This wagon is from the second-generation of Chevelles which were produced from 1968 to 1972. An enlarged third generation appeared in 1973. GM killed the nameplate after 1977, but the car effectively continues to this day as the Malibu (once the name given to top-trim Chevelles).

Chevelles aren't especially rare in coupe or convertible form, but the elegantly-proportioned wagon is special. Of the dozens of 1971 Chevelles listed on Hemmings at press time, it was the only wagon. By comparison, the site listed 40 coupes and 14 convertibles from that year.

"For the money, this is a heck of a lot of car," Streetside Classics' ad states, with seeming accuracy.

This recently repainted blue wagon has a 350-cubic-inch GM crate motor fitted with a four-barrel Holley carburator, plus new shocks and tires. The vinyl covering the bench seats is also new, and a Vintage Air AC unit has been fitted under the dash, along with three auxilary gauges.

Overall, the wagon seems about mid-way between a factory-stock car and a restomod. If you don't mind forgoing modern safety and convenience equipment, and there isn't snow on the ground, you could easily daily drive this cool classic.