Would you buy this unconventional off-roader? 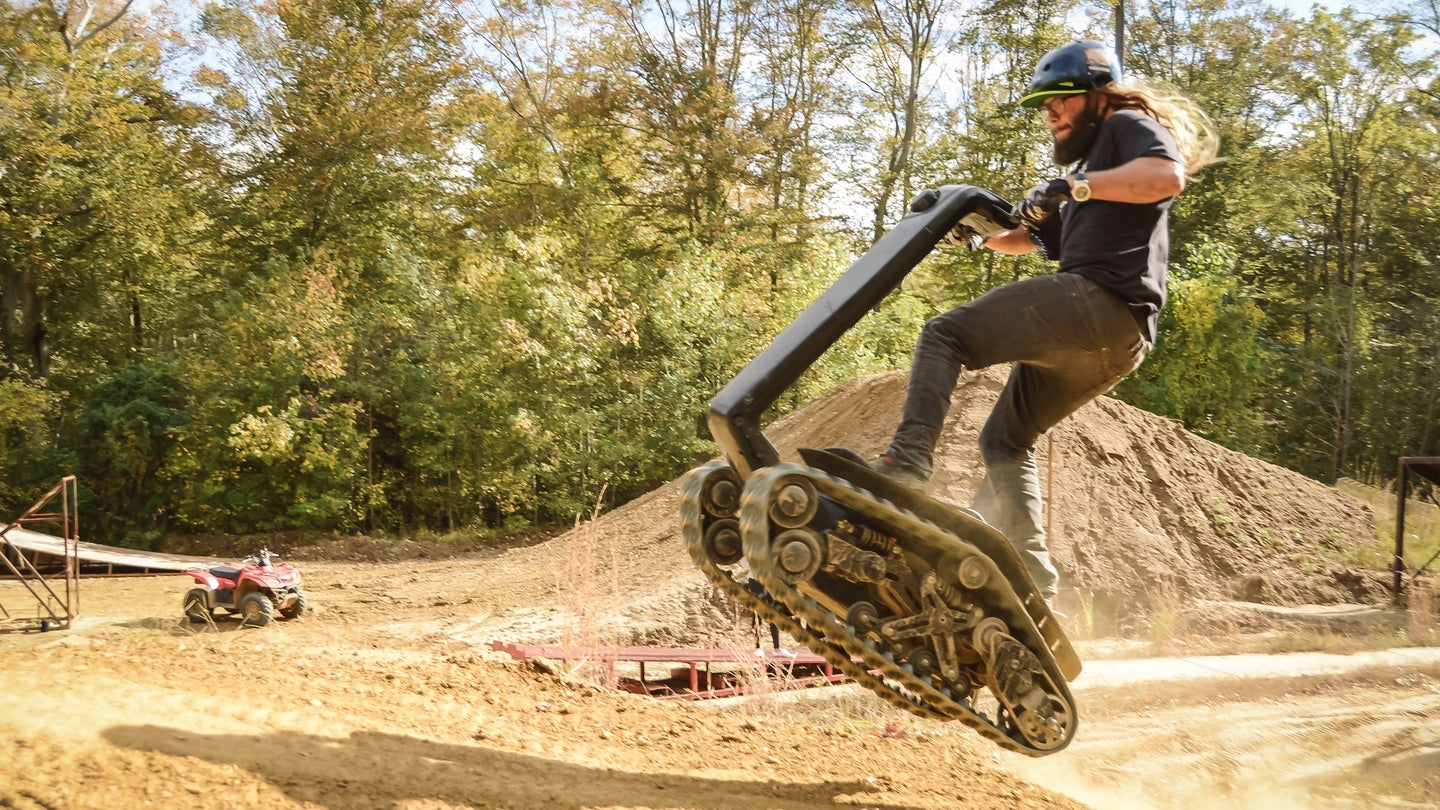 If you’re going off-road, you have a lot of options for different types of vehicles. There are SUVs like the Jeep Wrangler, dirt bikes like the Honda CRF250R, and UTVs like the Can-Am Maverick X3. Now there’s another type of vehicle you can add to the list, but we’re not sure how to classify it.

It’s called the DTV (Dual Tracked Vehicle) Shredder built by a Canadian brand called BPG Werks and it just got approved for sale in the United States according to Autoblog. The official U.K. website for the Shredder describes it as “a combination of tank, skateboard and motocross bike,” which we guess is accurate? At first glance it kind of looks like a Segway scooter, but it’s quite different.

You stand on the DTV Shredder like a skateboard while holding on to the tall column with handlebars kind of like on a standing personal watercraft. The riding position looks awkward since you’re standing sideways and twisting your body to hold the handlebars. Underneath you are two rubber tank treads that can take you over a variety of rough terrains from mud to sand to snow.

The DTV Shredder is powered by a 196cc single-cylinder four-stroke engine making 14 horsepower controlled by a thumb throttle. Two CVTs deliver power to the treads allowing the Shredder to turn by moving the treads at different speeds. It’s all held together with an aluminum and tubular steel frame. Some material from BPG Werks claims a top speed of 30 mph, but that has been officially dropped to 25 mph. It has a lean angle of 15 degrees and appears to be quite maneuverable.

There’s no official price tag yet, but this thing sells in the U.K. for £4,500 GBP which is a little under $6,000 USD. The DTV Shredder should be arriving in American dealerships very soon so if you’ve always wanted an off-road Segway with tank treads, here is your chance.

All of the proceeds from this off-road pony car will go to the Juvenile Diabetes Research Foundation.

The 2017 Jeep Wrangler Willys Wheeler Is an Off-Road Weapon

True to its roots, the Wrangler Willys Wheeler isn’t too shabby as a daily driver.

The Segway Is Back, and Now It’s a Hoverboard