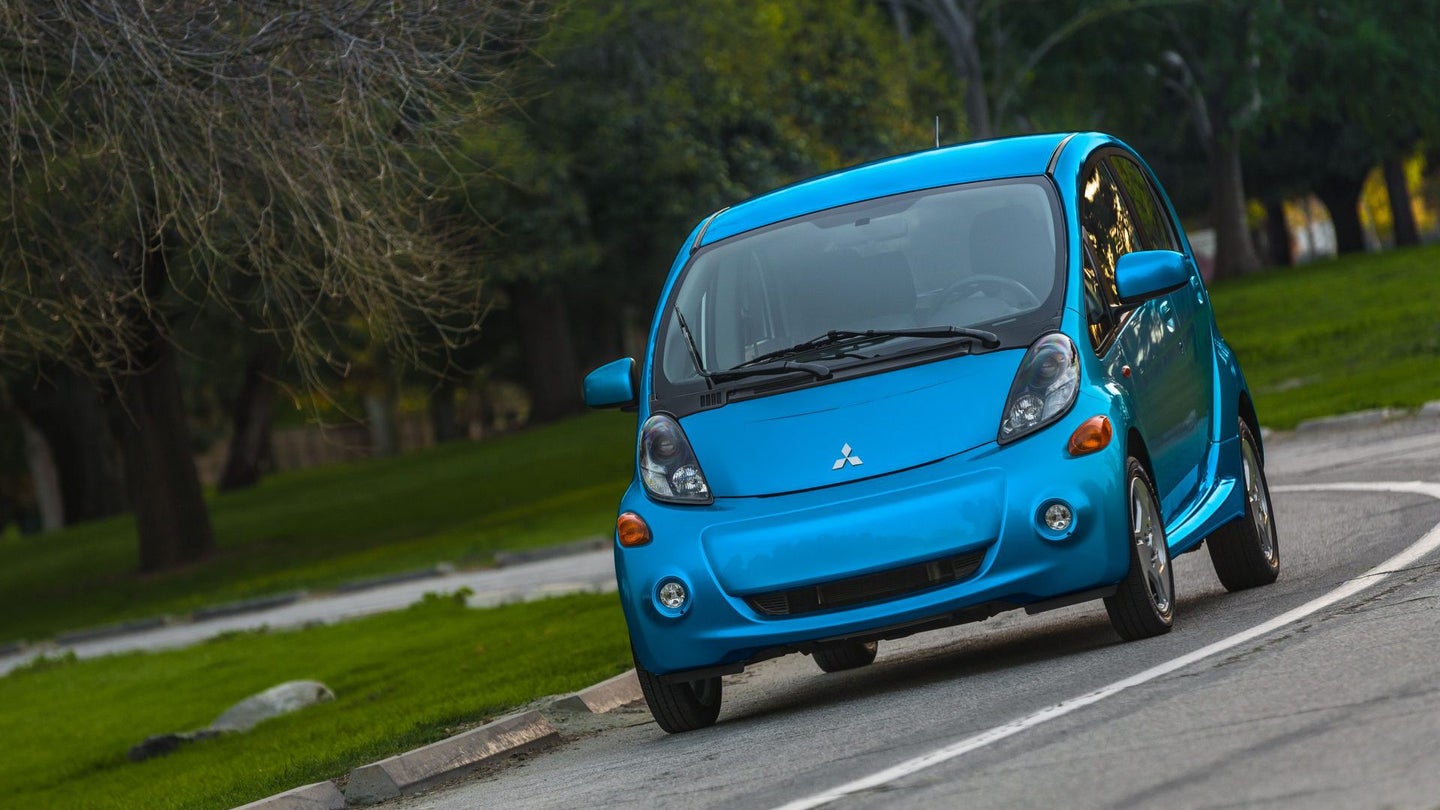 As Green Car Reports, um, reports, Mitsubishi's oft-overlooked electric car is getting the axe in the US. Mitsubishi representative Erica Rasch told the publication, "2017 was the last model year for the i-MiEV, and all available retail units have been sold." The news of the i-MiEV's demise, frankly, comes as little surprise considering the car's aforementioned, record-setting lack of speed, a mere 62 miles of range, polarizing (to say the least) styling, and poor sales.

First introduced to the U.S. market in the 2012 model year, Mitsubishi, to date, has only managed to move 2,108 i-MiEVs with the bulk of those sales occurring in the first two years of its life. In the month of July 2016, 15 of the electric Mitsus were sold in the entire country. Monthly sales reportedly haven't broken two digits since then.

Based on the Mitsubishi i kei-car, the i-MiEV featured a 16-kWh lithium-ion battery, brought kei-car styling (and dimensions) to a Western audience, and went from 0-60 mph in a golf-cart-slow 14.7 seconds.

For green car buyers who insist on driving something with three diamonds on its nose, all hope is not lost. The Japanese automaker says it plans to launch the Outlander Plug-In Hybrid crossover sometime later this year and ship it to stateside Mitsubishi dealers in early 2018.