The Mazda 323 GTX Is Like an Old-School Subaru WRX

It was a limited-production rally homologation special, and this one can be yours. 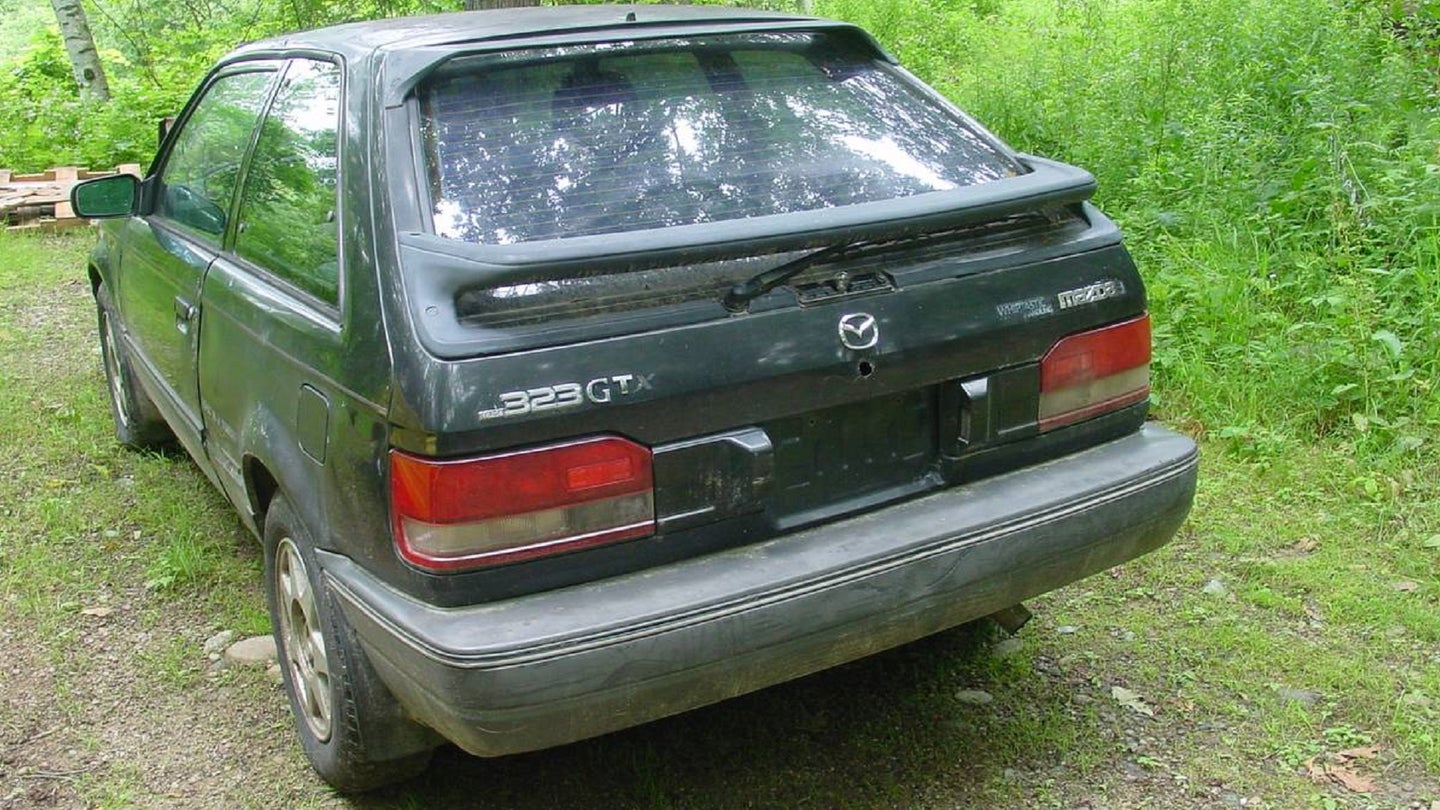 It's a small economy car with all-wheel drive and a turbocharged four-cylinder motor bred for stage rally. Of course, we're talking about the Subaru WRX, right? Wrong. Years before the Impreza even existed, Mazda applied the same formula to its 323 hatchback in the late 1980s, transforming it into a World Rally Championship contender. There aren't many left, but this one is for sale in New Hampshire for just $2,500.

This particular example is in slightly rough shape, but the car is surprisingly rust-free for a New England car.

"I got these cars in boxes and I just finished them to the point of pretty much running good," the ad said. "The paint is horrible and looks like it has hit everything except the lottery but it's original so you can see exactly what you're getting."

The seller wisely chose not to cover the factory paint with a quick spray to make it look pretty since that would have to be removed to paint it properly. The car is not entirely original, with a larger three-core radiator, and a custom exhaust manifold that fits a K03 turbo from an Audi A4 1.8T instead of the increasingly rare IHI turbo the GTX came with from the factory. The air conditioning didn't work, so the seller removed it.

"The car is also running on stock suspension, which means it's like driving the Stay-Puft marshmallow man down the road, but that's easily remedied." It's listed as having a missing title, but a car this old doesn't need a title in New Hampshire and could be put back on the road—as an antique, if desired.

Group A rally in the late 1980s lived in the shadow of the wild and crazy Group B days. It was a step backward in speed but evolved into the World Rally Championship as we know it today. It's what really put Subaru on the map with their Impreza rally car, which followed a similar formula as Mazda's 323. If the timing was different, and Mazda benefited rather than Subaru, who knows if rally fanboys would be driving modern versions of the 323 GTX instead of WRXs and Mitsubishi Evos.

The Closer We Looked at Our Old Mazda Miata, the More Problems We Found

Important lesson: With a car this far past its model year, you don’t repair things, you replace them.