The first pursuit reached a 'somewhat dizzying' top speed of 28 miles per hour and resulted in a fine of $50. 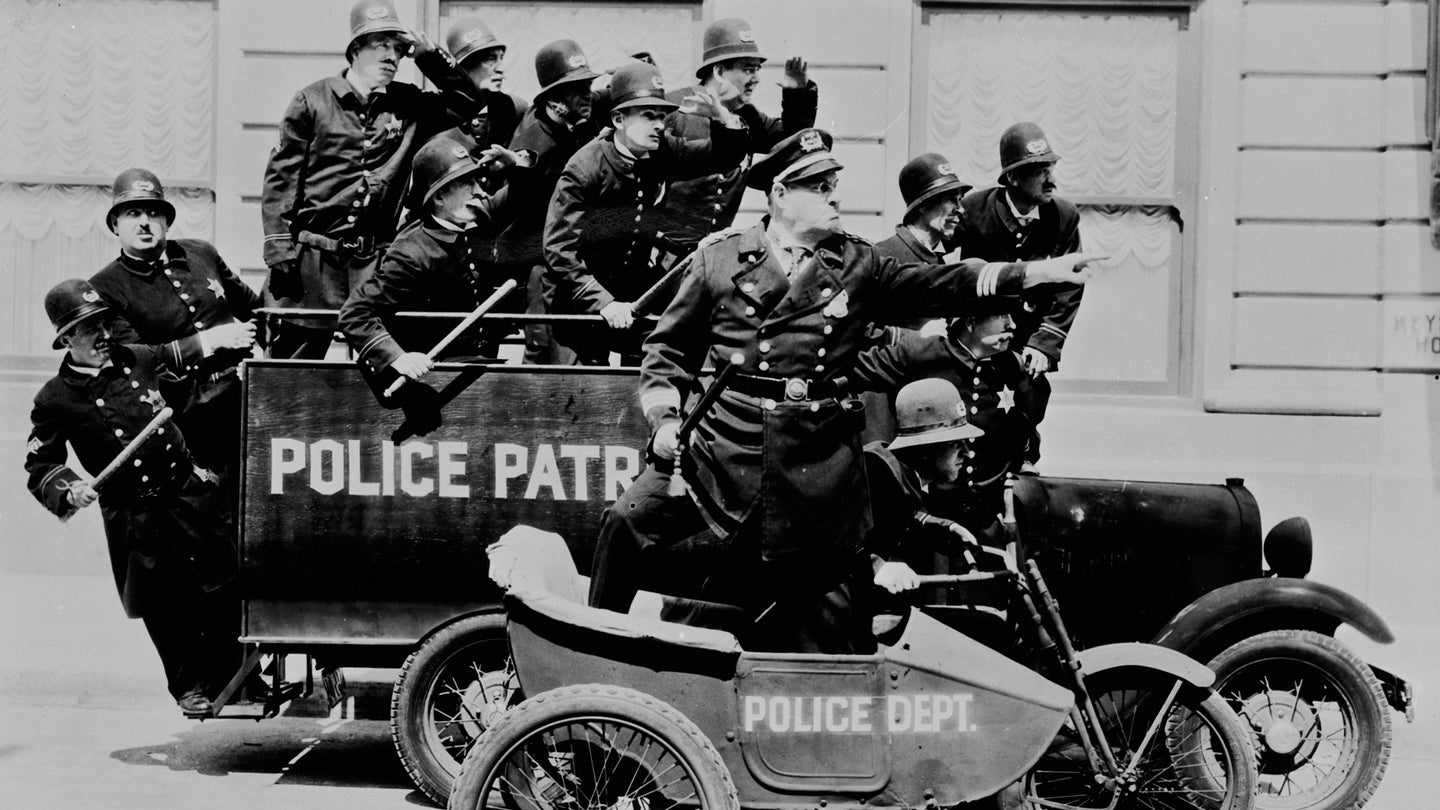 Police chases are a common occurrence these days. YouTube has entire channels dedicated to nothing but videos of pursuits, inevitably ending with the capture of the suspect. This past Thursday marked the anniversary of the very first police pursuit in St. Louis, according to FOX2now. The July 14, 1904 issue of the St. Louis Post-Dispatch showed that William H. Pattison was fined $50 for exceeding the citywide eight miles per hour speed limit.

Police officers "James Cooney and William Stinger were riding north on Kingshighway under the care of William Sleuer, the police chauffeur." It's worth remembering that in 1904 very few people owned cars or knew how to drive them. The St. Louis police department had just put their new "Skidoodle" wagon into service the week before.

"Shortly after turning west," the article continues, "the speed increased to 16 miles, and by the time Union avenue was reached Mr. Pattison was hitting the grit at a somewhat dizzying pace of 20 miles per hour. He turned north on Union avenue, and, by the time he had reached Maple avenue, according to the police indicator, he was ripping up the ozone at a rate of 28 miles per hour." These speeds may seem laughable today, but cars did not have anything resembling a modern suspension system in 1904. They were little more than horse carriages with engines. On top of that, paved roads were quite uncommon at the time. The dirt roads were likely quite uneven, with ruts from carriages and hoofprints by horses, not to mention the unique and slippery form of their "exhaust" to further reduce traction.

"The policeman, fearing that they would bump up and hit a cloud if they kept on much longer, called a halt by ringing a bell–an innovation, by the way, in the line of auto signals. Mr. Pattison was attracted by the sound and looked back. The policeman bade him halt and he halted. He was placed under arrest." This wasn't a massive police pursuit like we see on TV today, but what we would consider a routine traffic stop for speeding. But in 1904 there was nothing routine about it.

“'Why, I thought you wanted to race me. You were coming at me so swift,' he declared, vastly surprised. 'Nay, nay,' said the cops, in unison, 'but the judge will lead thee a merry chase on the morrow.' Thus it came about that young Mr. Pattison was haled into court where evidence was produced against him by the minions of the law." Journalism of the early twentieth century was apparently far more poetic than the relatively dry prose of today's publications.

The judge slapped Pattison with the maximum fine allowed for speeding, or "scorching" as it was then called. The $50 fine seems like a slap on the wrist today, but that amounts to $1,320.88 in today's dollars. That's quite an expensive joyride, but at the time only the rich could afford cars, so it was likely a price that many would be willing to pay for the thrill.