Packing a GCG GTX4088R turbo, this Mazda RX-7 sounds deadlier than a swarm of hornets. 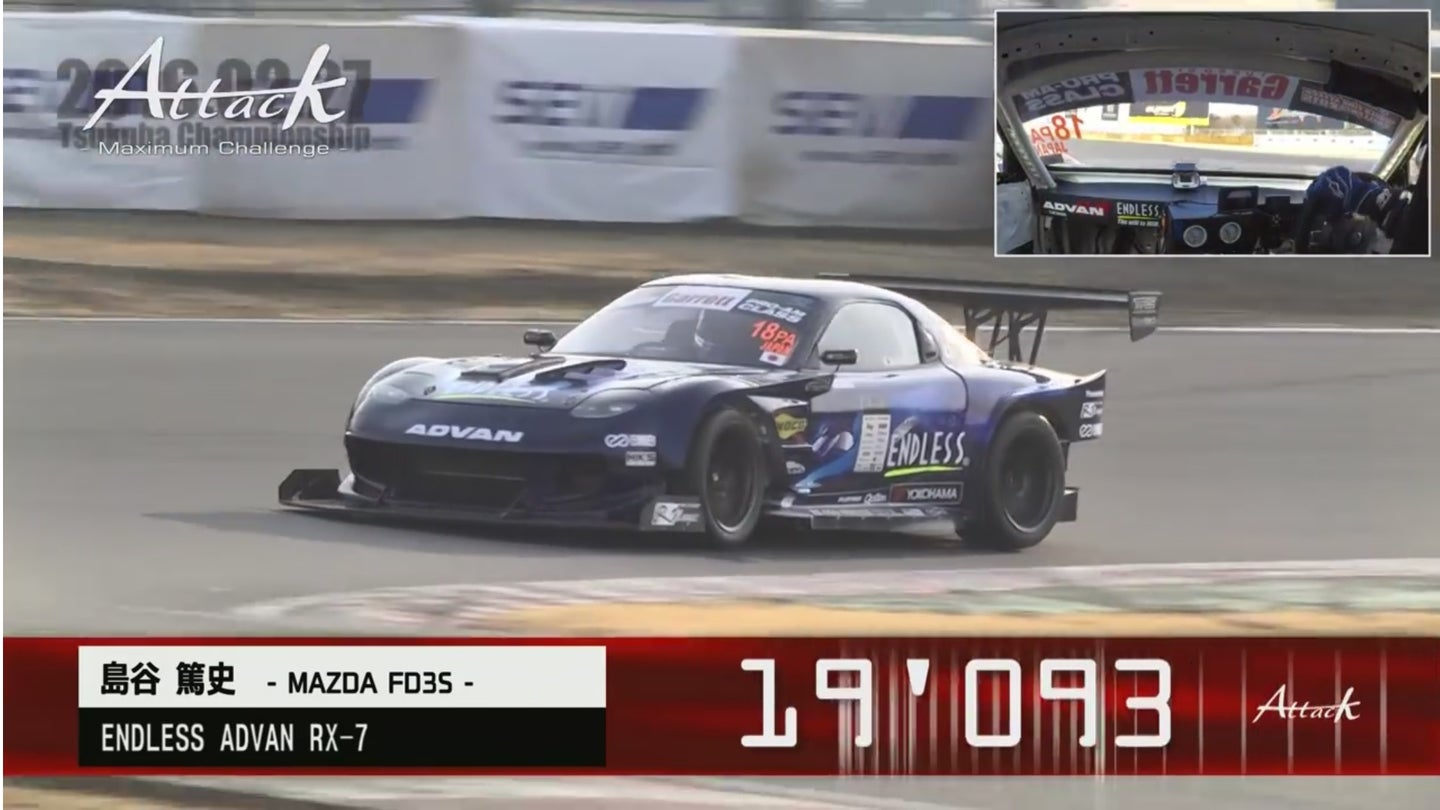 For the majority of the world's population, today is July 7, 2017, but for rotary fans, it's 7's Day. To join in on the celebrations, we dug into the archives to share the Endless Advan RX-7 attacking the Tsukuba Circuit.

In the past, high-horsepower AWD cars like the R34 GT-R and CT9A Mitsubishi Evos dominated time attack at Tsukuba. However, as aggressive aerodynamics began to evolve in the sport, the slippery FD3S Mazda RX-7 became the car of choice for many builders.

Packing a GCG GTX4088R turbo, this 591-horsepower FD3S sounds more deadly than a swarm of hornets. Weighing in at just 1080 KG, this lightweight monster managed to lap Tsukuba in just 55.095 seconds, nearly 5 seconds under the 1-minute barrier.

Really, the Endless Advan FD3S is as close to FD3S perfection as it gets. Check out the video below.

For an added bonus, check out this screaming N/A RX-7 attempt its time trial until it limped back into the pits for gearbox failure: