Wicked Big Meet 2017 Was a New England Celebration of Subaru

Fans of all types gathered in Stafford, Connecticut for a day of fun involving one of New England’s most favored automakers. 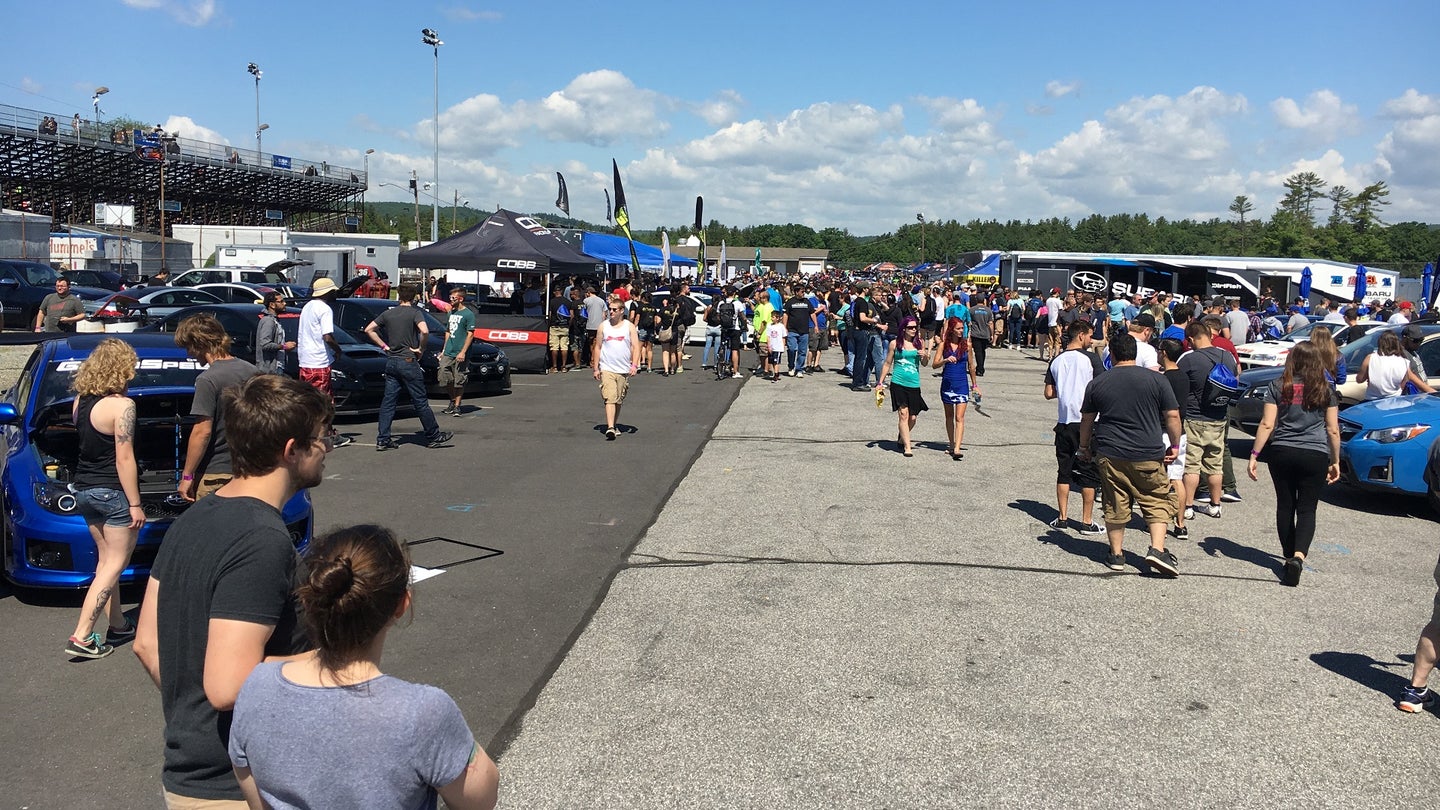 Subaru is becoming more and more popular nationwide, but New England has long been one of Subaru's strongholds thanks to the automaker's standard all-wheel-drive on all models (except the BRZ). After starting in 2005, Wicked Big Meet has grown from hundreds to thousands of attendees each year and this year's event was just as special as ever.

Wicked Big Meet offers something for all Subaru fans. Subaru of New England and local dealers had many cars on display, ranging from production models currently for sale to the recently unveiled WRX STI Type RA and BRZ tS. Other Subarus like the Impreza 22B, S202, and the World Rally Championship car that Petter Solberg drove in the 2007 Monte Carlo Rally were also shown off and salivated over. Rally fans could sit in the driver's seat of David Higgins' rally car, and Red Bull GRC driver Patrik Sandell was on hand for autographs and photos.

Numerous vendors were at the event to show their offerings as well. Some offered significant discounts on their products just for Wicked Big Meet. It was a great opportunity to compare J-pipe designs, pick up some LED lighting, or check out some air bags for your stanced show car.

Speaking of shows, this year's car show was the largest ever, with numerous classes spanning all Subarus, new and old. If you're more about "go" than "show," fear not. Wicked Big Meet takes place at Stafford Motor Speedway, and an autocross is held on the oval track. Drivers can put their cars through their paces and spectators can watch the action from the grandstands. Cars are divided into numerous classes, but more than half of this year's competitors ran in Turbo Street class, consisting of turbo cars with light modifications and tires with a treadwear rating over 200.

While most gatherings of car fans focus on one particular interest—new models, show cars, autocross, etc.—Wicked Big Meet offers something for everybody. It's also a rather family friendly gathering, with activities like games, a radio-controlled car track, and a climbing wall that anyone can enjoy. Wicked Big Meet is, as we New Englanders phrase it, "a wicked good time."

Gabriel Zeifman enjoys traveling to unpopulated locations and putting them on the air.