Another reminder to always use caution when searching a vehicle. 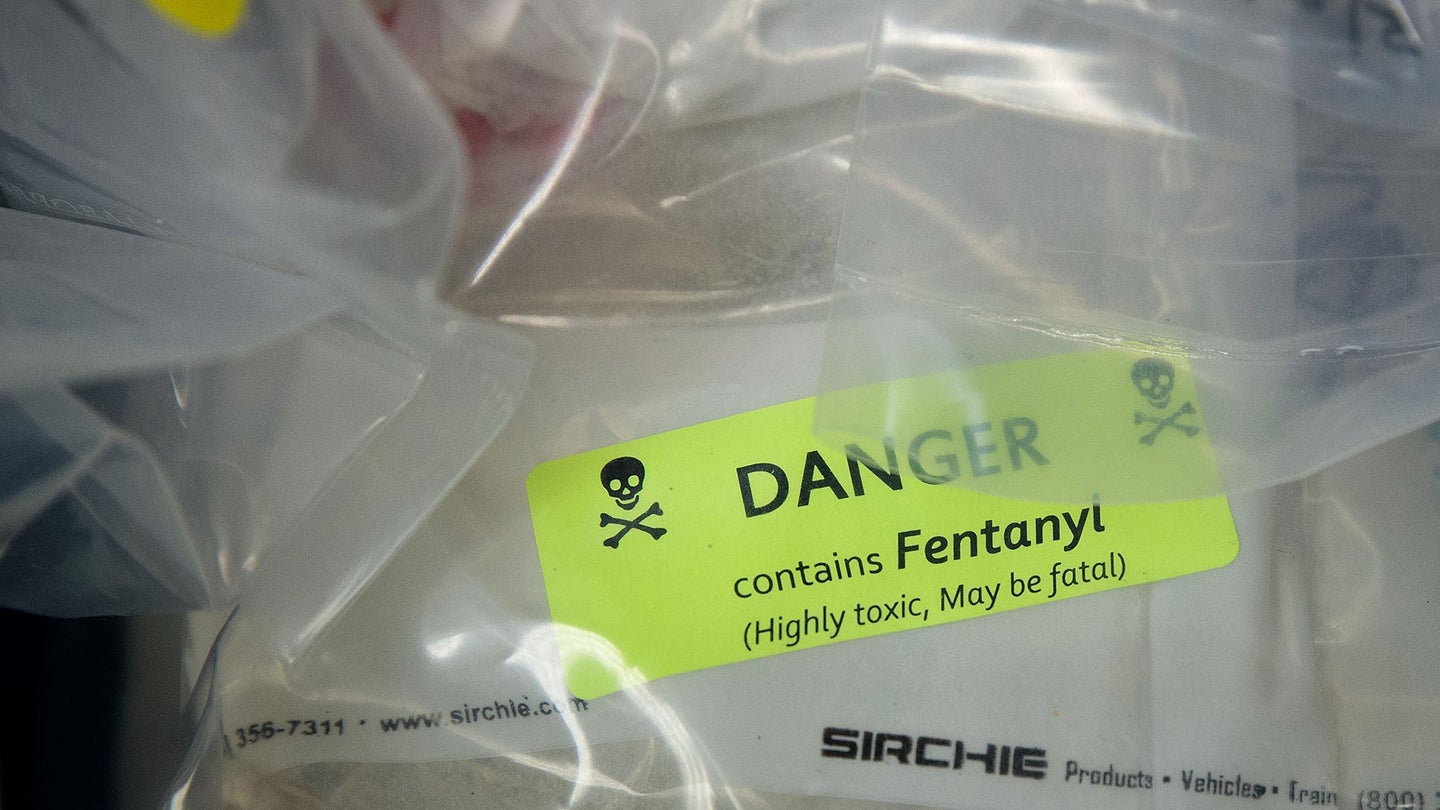 Police work has all sorts of dangers associated with it—some of which are more obvious than others. One danger that the public rarely seems to think about is the hazards that can arise when an officer searches a suspect's car during a traffic stop. Due to the nature of the job, a car search usually revolves around the search for an illegal substance or object...which means officers are often searching for something that can be inherently dangerous.

Sadly, a Washington Township, Pennsylvania police officer was reminded of these dangers this past weekend, according to multiple outlets, when he was reportedly exposed to either heroin or Fentanyl while searching a suspect's center console for a wallet after the suspect's car was involved in a single-vehicle crash.

According to Washington Township police chief Scott Slagle, the officer opened the center console and an unknown powder flew into his face. Reportedly, the officer then began to feel dizzy and his heart began to race as he returned to his patrol car. Eventually, the officer had to be given naloxone (also commonly known as Narcan) by paramedics to reverse the effects of the opiates he was accidentally exposed to, and was transported to the hospital for further care.

Sgt. Vincent Surace of Washington Township said the officer was doing well as of Sunday, according to Trib Live.

The suspect, 34-year-old Travis Ross, was arrested for driving under the influence of alcohol, according to police.