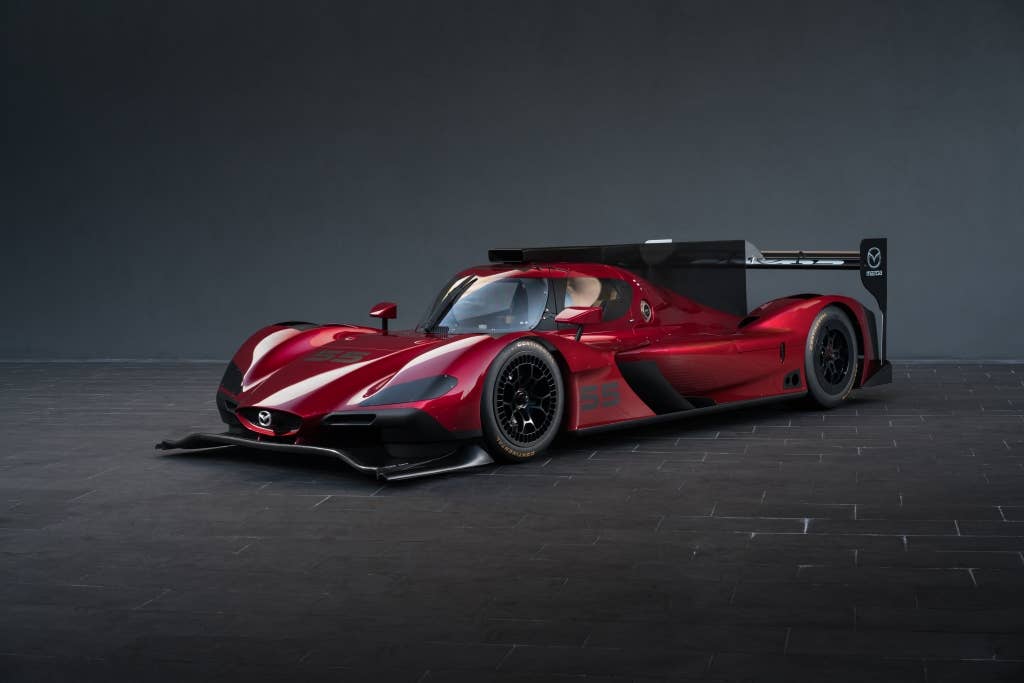 What a miserable few years it has been for Mazda’s Prototype program. First, a carefully choreographed announcement and photo opportunity is staged at the 24 Hours of Le Mans previewing the car’s appearance in the American Le Mans Series, and then it’s announced that the ALMS will combine with Grand-Am. The Mazda Prototype is quietly rolled to a big closet somewhere and never seen again.

For the last year of Grand-Am, Mazda drops the rotary-engine RX-8 from the U.S. lineup, so Mazda has no choice but to compete in a Mazda6 sedan, in an all-new GX class, where it runs a diesel engine, because the Mazda6 will be offered with a diesel any day now, the company says. The class is a disaster and is one year and done.

So when Mazda finally does roll out a Prototype for the new IMSA Tudor United SportsCar Championship, but the parent company back in Japan thinks it should have a diesel engine, too. For 2014 and 2015, Mazda’s two-car race team struggled with an engine that typically seemed a hundred horsepower down to the competition. The team never won, never came close to winning. The more power the team tried to squeeze out of the little diesel, the larger the eventual explosion. And still, Mazda had not brought a diesel to the U.S. market.

For 2016, Mazda relented, and allowed the team to return to an approximation of the 2.0-liter turbo four-cylinder used in the LMP1 Prototype class in ALMS with mild success. But at least Mazda was on par horsepower-wise to the competition, and it looked like 2016 was finally Mazda’s year. But while they qualified on the pole and even led the most laps during the season, they never won. Two-dollar parts broke, there were crashes, there was just plain bad luck.

For 2017, the IMSA WeatherTech SportsCar Championship has all new cars in the Prototype class, and the new Mazda RT24-P was the first to formally debut, at the Los Angeles Auto Show, during Press Days Wednesday and Thursday. But unlike almost all the other cars unveiled, the Mazda race car won’t be there for the show itself – it was loaded on a truck Thursday night, en route to Florida for testing. The new Mazda has not yet turned a wheel, putting it pretty far behind some of the competition, including the Cadillac-powered Prototypes, which have already logged hundreds of miles.

Last year’s driver combination remains, and the new car retains the 2.0-liter, 600-horsepower four-cylinder engine from last year. Chassis is the new Riley Mk 30, developed by Riley Technologies and Multimatic, which helped develop the last Mazda Prototype from a Lola-derived platform. The new car is beautiful, and designers even managed to work in a Mazda-looking grille. At the debut the car was devoid of stickers, even IMSA.

“This is a huge moment for Mazda Motorsports and the entire Mazda family,” said John Doonan, director of Mazda Motorsports North America. “To have a car which features Mazda design language at the top level of our motorsports program is meaningful for us as a brand. We believe we have the right team, the right drivers and the right chassis to win races and championships.”

And worth noting: Mazda said that the new CX-5 SUV will offer a diesel engine.