WeatherTech founder David MacNeil was uninjured after he crashed one of the new Mercedes. 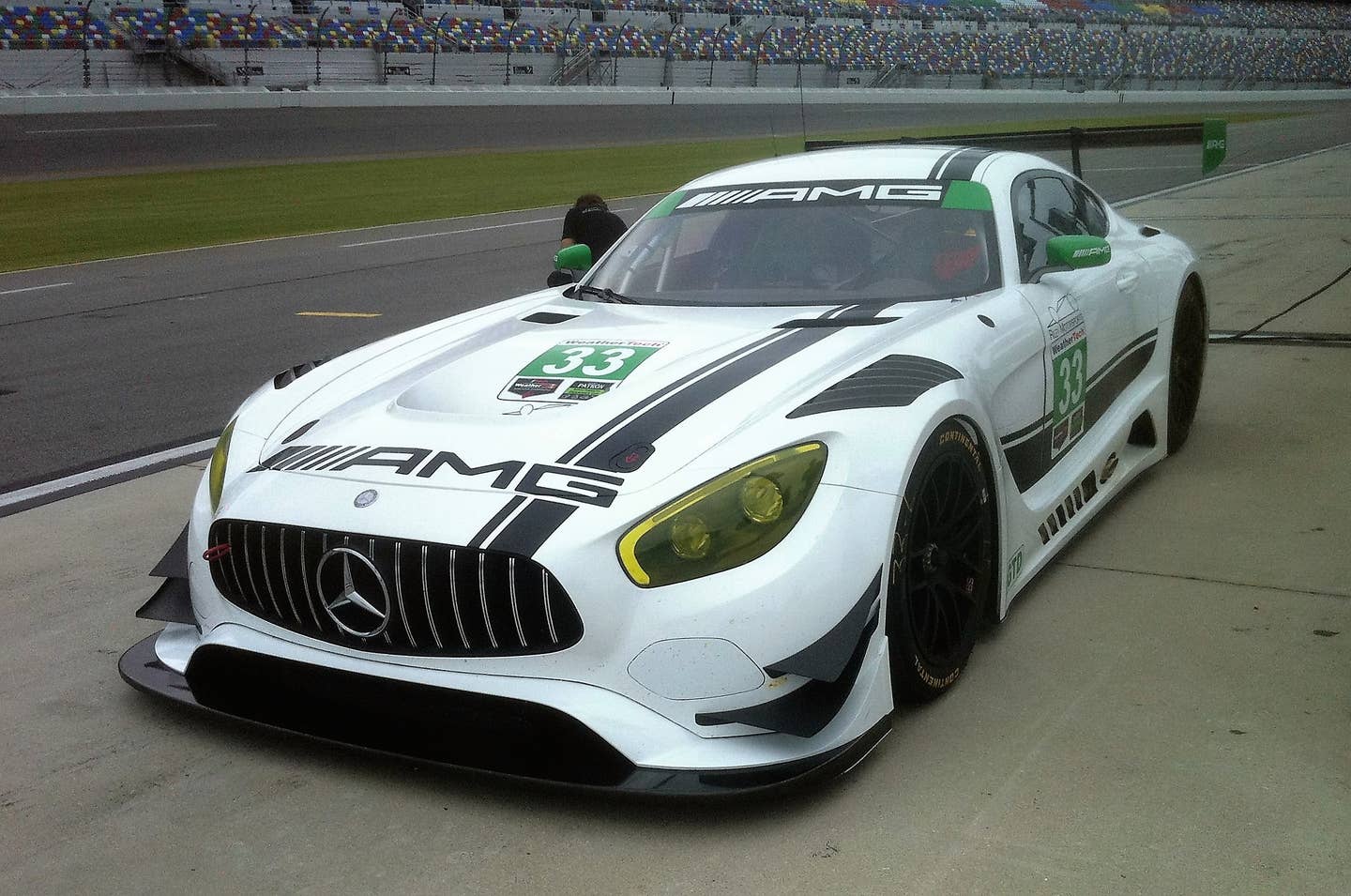 The IMSA WeatherTech SportsCar Championship’s GT Daytona class is typically the largest of the four in the series, and for 2017, it will be even larger. Paul Gentilozzi will hopefully, finally, have his two Lexus cars ready, with a driver lineup led by veteran Scott Pruett.

And Acura will have its NSX represented in both the IMSA and Pirelli World Challenge series, with Michael Shank Racing fielding the two cars, which debut at the Rolex 24 in Daytona.

And last week, Mercedes-Benz joined the party with a private test of its AMG entry, which will be raced by Cooper MacNeil, son of WeatherTech founder David MacNeil, and probably co-driven by Gunnar Jeanette. Unfortunately, David MacNeil took the number 50 Mercedes for a spin, and crashed it. He was uninjured, and the car was repairable.

The MacNeils were racing Porsches out of the Alex Job Racing stable last season, and late in the year, unhappy with IMSA’s unwillingness to adjust the “Balance of Performance” rules to speed up their Porsche GT3 car, loaded up and moved to the Pirelli World Challenge series, which created an issue for both IMSA and WeatherTech – the car sponsored by IMSA series sponsor WeatherTech leaves that series and moves to another? Awkward. Now the MacNeils are back with IMSA. David MacNeil declined to comment on why.

The other Mercedes, number 33, at the test was driven by team principle Ben Keating, the South Texas car dealer who has been racing Dodge Vipers the past few seasons, which considerable success – his team was second in the points in 2016, behind the new Ferrari. But since the Viper is going out of production, Dodge gave Keating little financial help, and he had to write a six-figure check to IMSA just to make the Viper eligible.

This year, he chose the Mercedes, after most every manufacturer was trolling for Keating’s money, and his connection to sports car aces Riley Motorsports. Keating’s co-driver, Jeroen Bleekemolen, had something to do with the decision, having driven the Mercedes in Europe this season, and came back raving about it. Even with the big V8 engine choked down to well under 500 horsepower, the Mercedes still sounds like a NASCAR Sprint Cup car coming down the front straight at Daytona.

There’s an open IMSA test at Daytona this week, and we should see some of the new Prototype cars, including at least one with Cadillac power.