So What Would It Take To Make You Read A Story About Kyle Busch’s 15th Win of the Year?

Nothing? That’s what we thought. But gamely, here we go with one anyway. At least click on it so we know you’re out there. 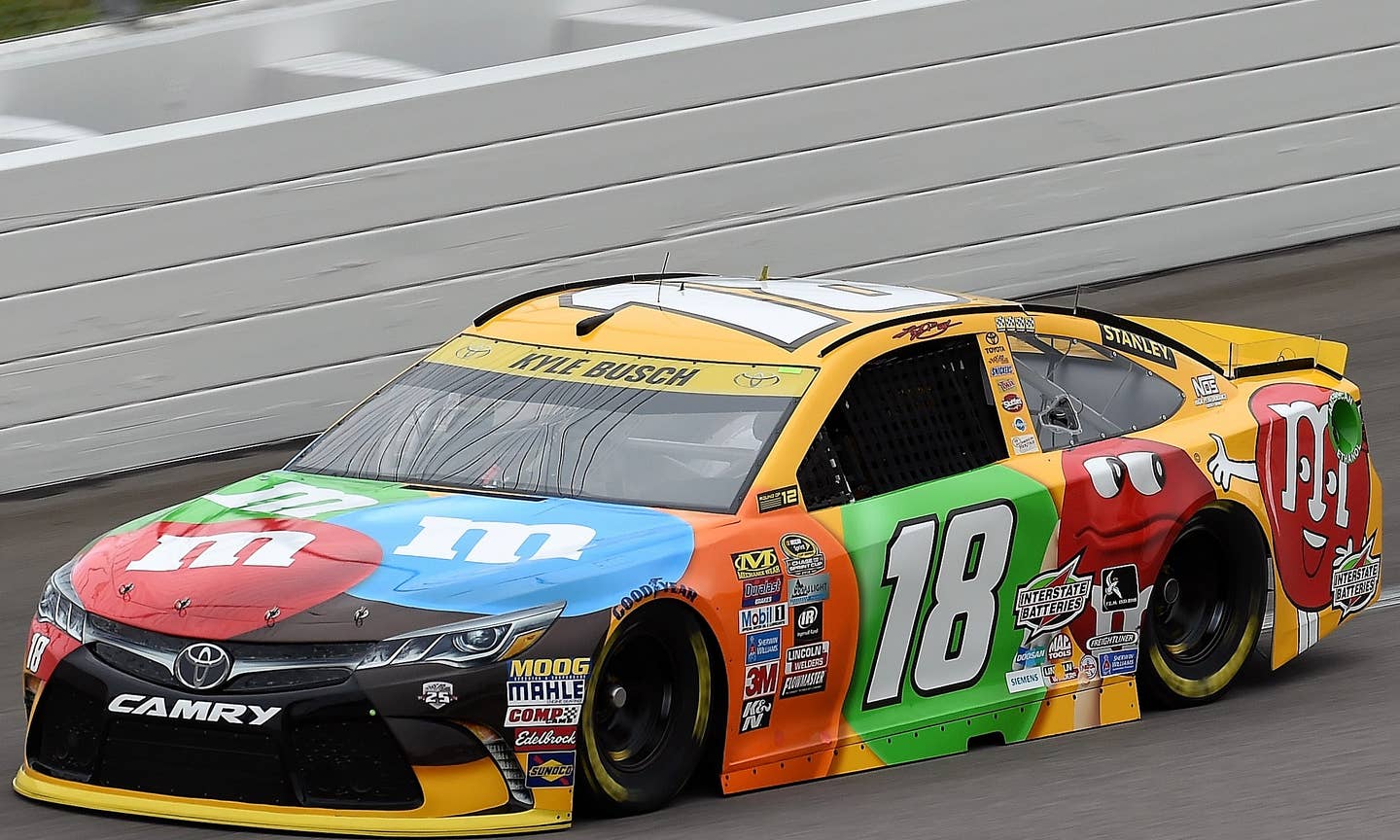 You know a driver is stinking up the show when, for the last 10 laps or so, all the cameras are focused on fourth and fifth and fourth place. Kyle Busch was so far out ahead in the NASCAR Xfinity Kansas Lottery 300 at Kansas Speedway, and Elliott Sadler trailed in second and even he wasn’t seriously challenged by third-place Daniel Suarez, leaving the excitement back in fourth and fifth, where Sprint Cup regulars Joey Logano and Kyle Larson were putting on a driving school. As Cup drivers, they were ineligible for Xfinity points, so this was just pride on the line.

Indeed, it was a meaningless race for two drivers who already have more money than they will ever spend, but Logano and Larson made it look like the last lap for the win at the Daytona 500. Larson, diving low, put a gorgeous dirt-track slide job on Logano. Problem was this was no dirt track, and when Larson drifted up in front of Logano, Logano had to slam on the brakes. So Logano gives Larson a little bumper-brush, and Larson taps the wall: Message received. Logano got fourth, Larson fifth. They seemed to be grinning after the race: I hope they were, hope they realized how seldom those real elbow-to-elbow moments happen now.

It was good to see two professionals racing each other (reasonably) cleanly, without the announcers reminding us how important, on unimportant, this moment was as we approach the Chase for the Championship. After all, the championship is whoever out of four drivers does the best at Homestead-Miami Speedway. Is that really a championship? Of course not. But it is marketable. Hell, we’ll be there, proudly wearing TheDrive.com teeshirts. (Note to editor: Is there such a thing as TheDrive.com teeshirts?)

Meanwhile, Kyle Busch continues to demolish the Xfinity series. He shows up for 16 races, wins nine. And my favorite stat from RacingReference.info: So far, there have been 2,795 laps run in those 16 races, and Busch has led 1,862. How is that possible? Seriously?

So you are probably of one of two minds when it comes to this:

One, we are witnessing an historic, already record-setting run by the best Xfinity-slash-Nationwide-slash-Busch Beer series driver ever.

Or two: Get this ringer out of the series, because he’s spoiling it for everyone.