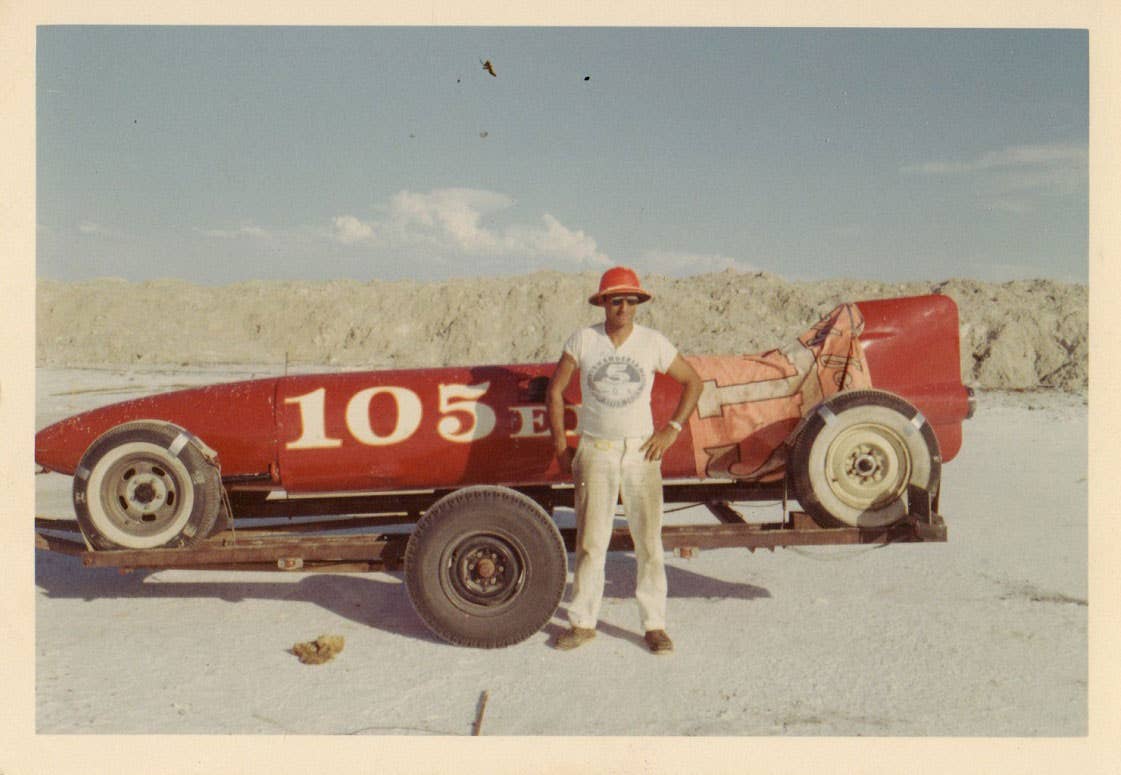 The recipe is simple: Take one fighter plane fuel tank, attach four outboard wheels, shoehorn a rowdy engine into the rear. Ride to glory. Belly-tank racers are essential hotrod, a streamlined hodgepodge of scrap-heap speed built on the cheap to dominate on a dry lake bed. During the Forties and Fifties, this was the thing to have.

In the spirit of those times, we have Something, which is exactly what it sounds like. Built by Jerry Silverstein, Julian Doty, and Arnold Birner for 1962, the body is "a surplus WWII aircraft drop tank, which has been augmented here with an extended tubular frame covered with custom-fabricated panels." The engine is a four-cylinder, scavenged from a Pontiac Tempest, onto which an unspecified but impressive-looking turbocharger setup was “added somewhere along the way.” The transmission is three-speed manual transaxle, the rear end is designed to accommodate a parachute, and the whole thing rolls on 15-inch discs wrapped in vintage Firestone slicks.

Oh, and it’s front-wheel drive, too. Because Something.

The last time it ran was 1989, before being put away in storage. Just three years prior, it ripped off an SCTA-sanctioned 224.7-mph run. Something will need restoration, but considering the price (as of this writing, bidding has plateaued at $7,500), it's still one hell of a bang-for-buck proposition. As a belly-racer should be.

Check out the listing over at Bring a Trailer.