It raced at Goodwood in 1949 and was locked in a boathouse soon after. 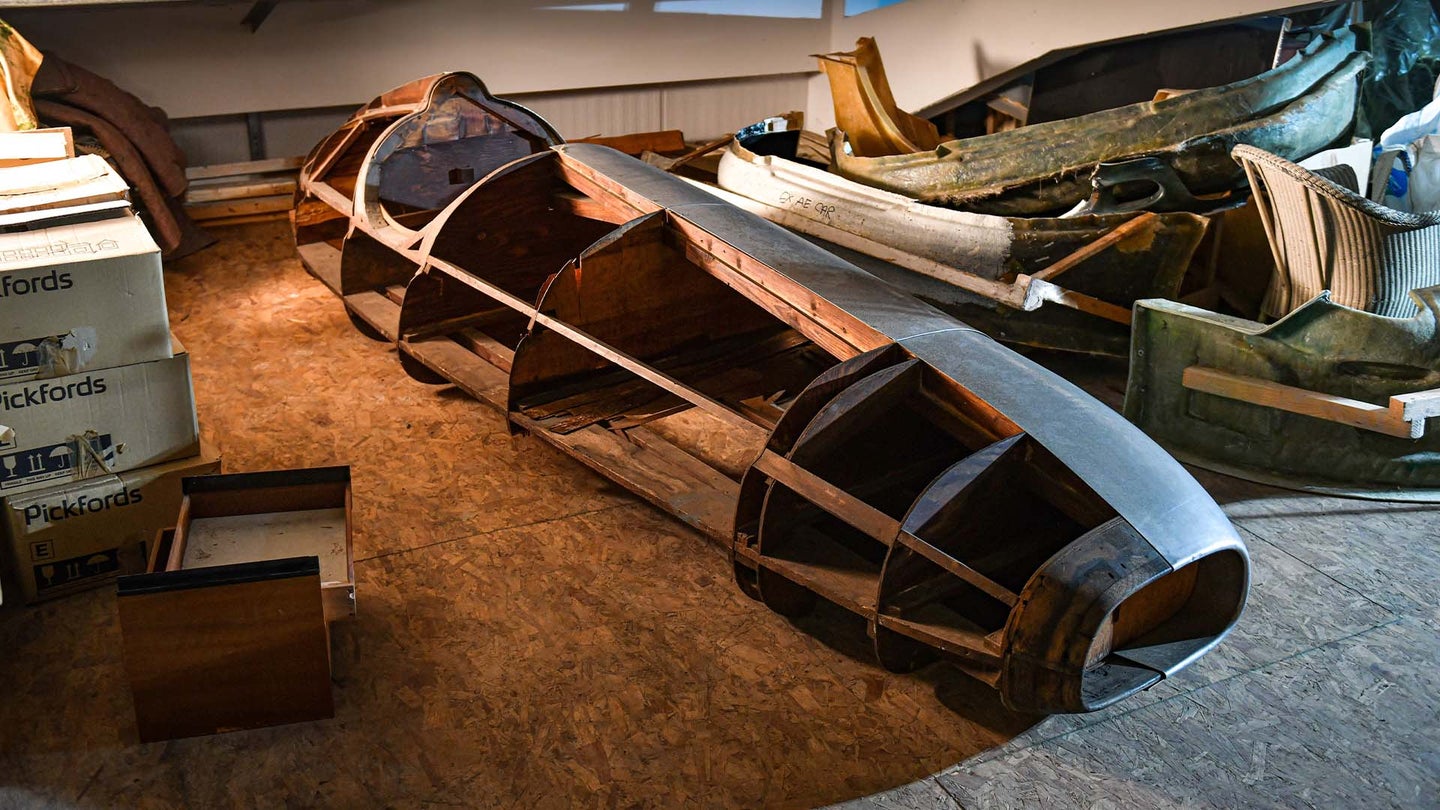 Formula 1 has a pretty darned extensive history over its 70-year-plus lifespan and now manufacturers are keen to preserve their own heritage in the sport with dedicated museums and displays at iconic tracks. But back in the early days, no one was thinking about the weight of history and things did sometimes get lost, like the wooden body buck for British Racing Motors' first F1 car chassis that somehow disappeared for the last seven decades.

The BRM P15 was a race-winning car, built using this wooden buck to form the chassis around in 1949. In 1950 it took the victory at F1's Goodwood meet (not part of the world championship but still an F1 event) when Reg Parnell beat Prince Bira's Maserati by nearly 14 seconds in a 20-minute race. The chassis was updated for 1950, the original jig disappeared, and it's been a mystery ever since, until now.

What happened was that engineer George Gray, whose job it was to make BRM designer Peter Berthon's vision for the P15 a reality, simply took his work home after the first build. There was a chassis update for the Mark 2 P15 and Gray, who probably didn't really think about the fact he had a piece of F1 history in the loft, kept the only wooden jig for the original, going back to work on the updated cars across the 1950s.

BRM was the U.K.'s first F1 team, so although nearly every team is at least partially based in the U.K. these days, the Mark 1 P15 was actually the first British F1 car. Which makes it all the weirder that a crucial part of its chassis design managed to just totally disappear. Knowing it had to exist, the heritage company that BRM became after it stopped racing in the 1970s eventually tracked it down after a five-year concentrated search and with the help of historians, journalists, collectors, and former BAR F1 engineer Geoffrey Marsh.

The buck's now going to be used to build three replica P15 chassis, the first of which is going to BRM itself (and the family that founded it) and then a second will be made and sold to Richard Mille, a motorsport collector, team owner and watchmaker. If you want to buy the third then you probably need an eye-watering amount of money but it is, as yet, unallocated to anyone. Delivery will be in 2023 and on the plus side, at absolutely no risk whatsoever from the ongoing microchip shortage.