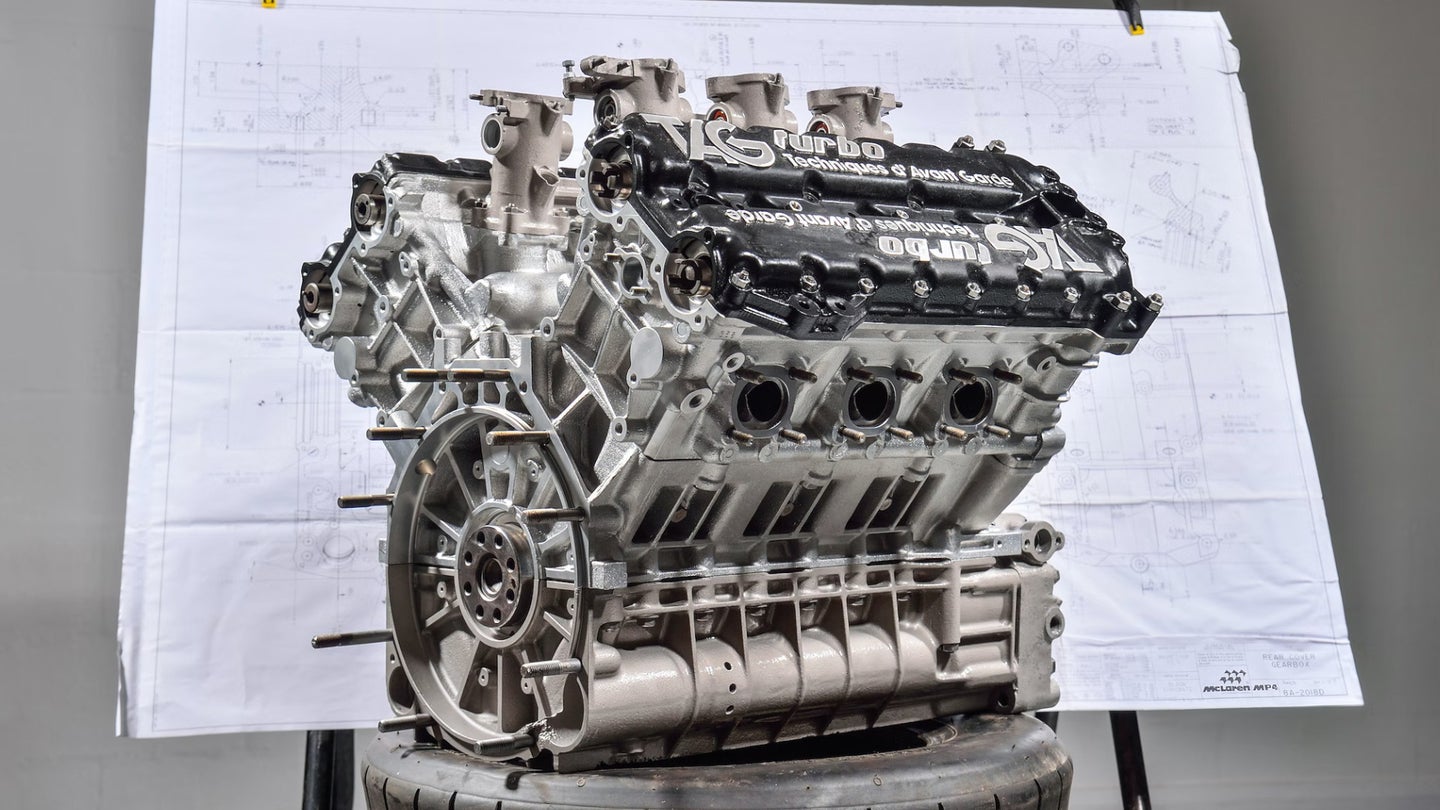 Engine-swapped builds are some of the cooler project cars out there, with a new motor often completely changing the character of a car. Of course, they can also become passe, as everyone grows tired of seeing LS engines getting swapped into everything these days. If you want to impress now, you have to go exotic, and a Porsche-built F1 engine is perhaps the best way to do that, as reported by Road and Track.

Up for auction at Collecting Cars, the engine in question is the Porsche-TAG TTE P01 Formula 1 engine from 1984, and previously saw duty in the McLaren MP4/2 race car. In qualifying trim, the engine could put out a lofty 1,060 horsepower at a then-stratospheric 12,600 rpm. The engine is numbered 29 out of a total of 40 that were built and saw use from 1984 to 1987.

It's unclear exactly which cars and which races it was used in, but the engine was used in a period when McLaren employed the services of names like Niki Lauda, Alain Prost, and Keke Rosberg. TAG-Porsche engines saw McLaren clinch driver titles in 1984 through 1986, as well as the constructors' championship in 1984 and 1985.

The 1.5-liter engine comes complete with internals intact, as well as its inlet manifolds and original turbochargers. The listing claims that the engine "could conceivably be rebuilt" with the engine block and cylinder heads said to be in "excellent condition." Obviously, rebuilding a Formula 1 engine is no mean feat, and it would be advisable to hand the job to a specialist capable of working with the fine tolerances of a highly-strung race motor.

Obviously, swapping such an engine into a car would be an even more difficult task. It would also be a poor choice for anything heavy and road-registered. After all, the engine's design is intended for flat-out running on a racing circuit for two hours at a time, propelling a lightweight open-wheeler. Having it idling at the lights on one's way down to Walmart is likely to see it fail in short order.

However, if you've got a feather-light Time Attack build that is just too cheap and reliable, maybe a vintage Porsche F1 engine is just what you need. At the time of writing, bidding is already at £6000, or over $8,000, so this engine will certainly set you back a pretty penny.