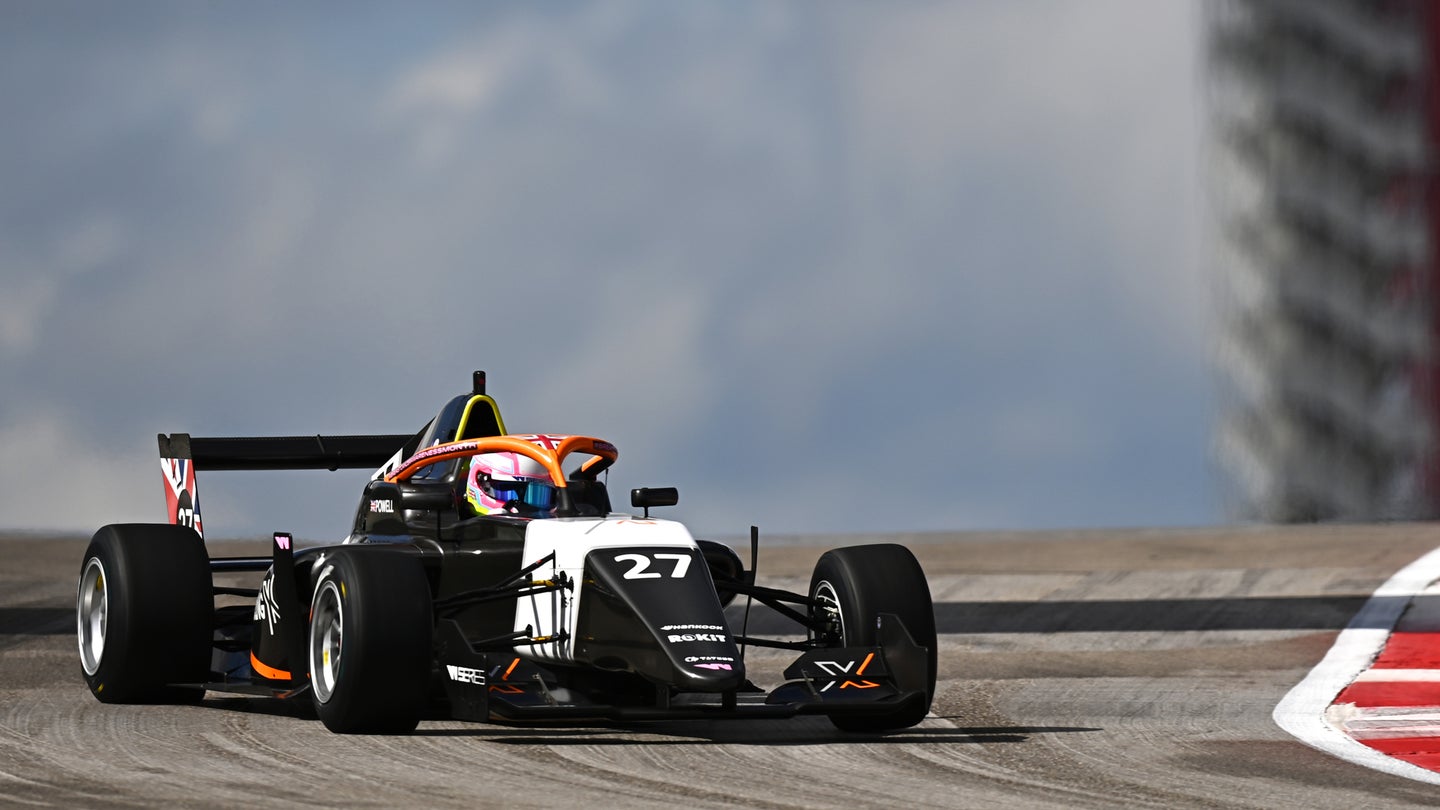 There's only been a couple of racers in W Series from the Americas. First was Canadian Megan Gilkes, who won a reverse-grid non-championship race in the first season, and then driver-slash-engineer Sabré Cook, who flew the stars and stripes in 2019 and 2021. The women-only racing championship seems keen to change that given its new testing initiative taking place in Phoenix late this month.

Inde Motorsports Ranch will host a five-day test where 14 young drivers will be assessed using U.S. F4 cars. The drivers are mostly in their teens, with 27-year-old Corinna Kamper from Austrian F1 broadcaster ORF (who is herself a qualified racing driver) also joining the test, presumably for filming.

W Series undertook tests in 2019 to select the original drivers for the series, then fielded a mostly unchanged lineup for 2021; the pandemic limited assessment opportunities the previous year. Now that it's moved to a team-based model, the search for talent has been extended to the Americas in an effort to reach more drivers.

Of the 14 pilots listed, three are American (Madison Aust, Lindsay Brewer and Chloe Chambers) and one is Canadian (Nicole Havrda), while the South American countries of Brazil (Julia Ayoub) and Uruguay (Maite Cáceres) are also represented. Bianca Bustamante from the Philippines brings another nationality not before seen in W Series to the test.

Both of W Series' first titles were won by the U.K.'s Jamie Chadwick, who is moving on from the series following her second win. W Series is a junior program, intended to help drivers get back onto or move up the motorsport ladder, fully funding them all the while to mitigate the massive costs of pre-professional championships. This makes it different than a "ladies' Formula One," so it's right to see drivers who've outgrown it progress into other series.

The 2022 calendar for W Series hasn't been announced yet, and we don't yet know if it will continue its 2021 partnership to be part of the Formula 1 calendar. As such, the Inde Motorsport Ranch test will be the first on-track action of the year.

W Series' racing director Dave Ryan said, “The purpose of this test is to get to know a new group of drivers and understand what they are capable of as we finalize our 2022 driver line-up and look to the future."

With some of the drivers in the test as young as 15, he added, "All of the drivers who will be with us in Arizona have demonstrated talent and potential in their careers so far and, while some may be a year or two away from racing in W Series, this is an opportunity for them to showcase their skills and for us to accelerate their development."