Masks will be required and spectator capacity has been cut by 75 percent. Still, fans with temps up to 100.3 degrees are cleared to attend. 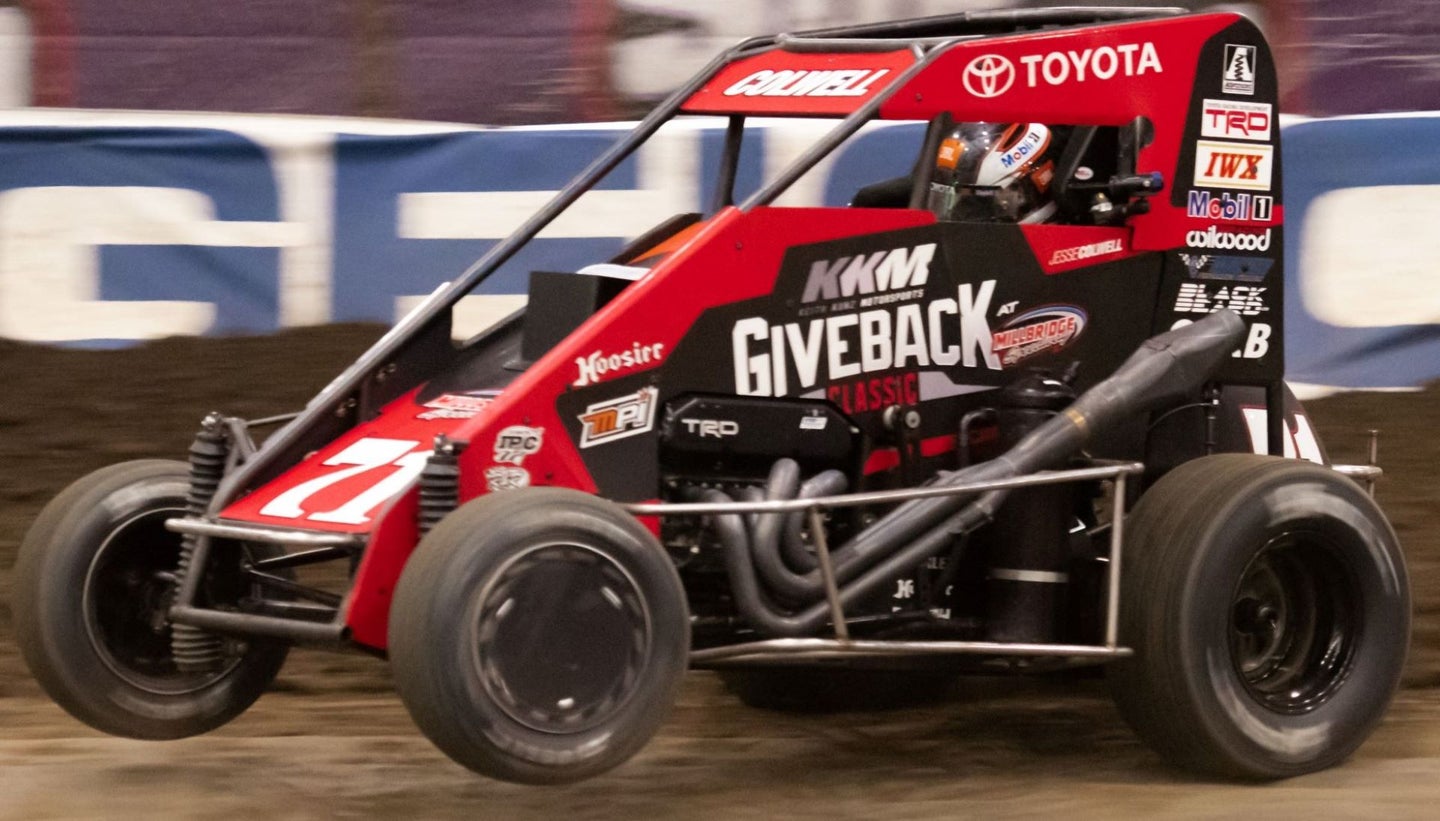 As it has since 1987, the Chili Bowl Nationals will be held indoors at the Tulsa Expo Center in January. That said, the coronavirus is forcing some changes to the notoriously crowded event. Whereas the venue is normally packed with fans, vendors and, of course, racers, organizers are cutting spectator capacity down to 25 percent, with temperature checks and masks required. That makes it all kosher under Oklahoma's state regulations, though as we've seen with other big-time races in the past 12 months, plenty could change between then and now.

The action starts Jan. 11, a Monday, with qualifying races running up through Saturday, when the A-Main event takes place with 24 cars on track. Television viewers may not notice much difference as the cars slide from one bank to the next, though it'll likely look otherworldly to those who've become in-person regulars. Without long lines, stuffed seats and the usual fanfare, it's bound to be unique compared to that of even January 2020 when Kyle Larson took the Golden Driller trophy.

The 448,000-square-foot Expo Center is relatively huge. It was once used for building oil drilling rigs inside, and it's considered to be one of the largest clearspan buildings in the world. Cars not only race on a quarter-mile dirt track inside, but there’s room for over 355 car trailers at the facility. Fans usually rub shoulders in the stands and further back in the garage area, and reducing that is the biggest task for organizers. Masks will be required and anyone with a temperature of 100.4 degrees or higher will not be allowed into the Expo Center.

That last part is particularly troubling, seeing as even though that's still considered a low-grade fever, it suggests potential problems. Even with a quarter of the attendance, it'll be difficult to separate fans and enforce social distancing guidelines. There's room in the bleachers for 15,000 and at least that much behind them where fans normally gather to watch on big-screen TVs, so we're still talking about several thousand people under the same roof.

So far, just over 200 entries have been received, down from this time last year when over 350 cars ended up on the entry list. Still, prominent drivers like NASCAR Cup champion Chase Elliott, last year’s winner Kyle Larson, Sammy Swindell, Justin Allgaier, Chase Briscoe, Kasey Kahne and Christopher Bell have signed up, likely with more to come.

A pit pass for the whole week is $375 and, for that, fans will get a much different experience than in years prior. Still, it may not be different enough to keep everyone out of harm's way should a COVID-positive race fan find themselves amongst the crowd.