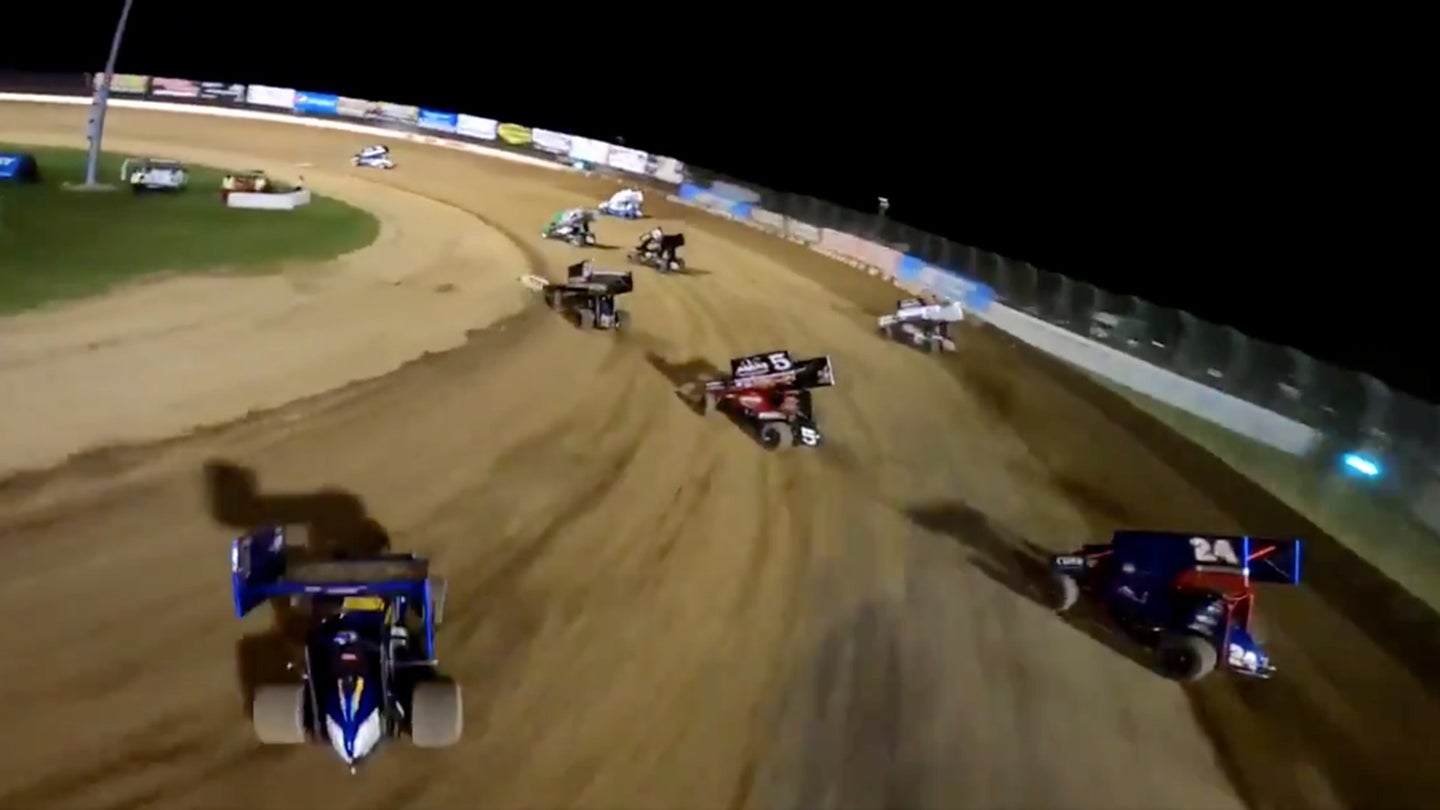 Without fans in the stands, it's time to re-think how racing is broadcasted to the masses. That means playing with new camera angles and bringing the excitement of motorsports to those who can't be there in person. We've seen a few different solutions for this, but the greatest has to be via drones flying overhead and catching the wheel-to-wheel action firsthand. Just watch this footage from Saturday's World of Outlaws sprint car event at Lake Ozark Speedway.

The spot-on piloting you see here is courtesy of Austin Blair, a USAC Silver Crown driver and MultiGP drone racer. He shared his handiwork on Twitter following the Last Chance round Saturday night, explaining how challenging yet rewarding it was to "race" with the winged sprint cars on track.

See, NASCAR has implemented its fair share of drone footage since returning to live action in May, though this is on another level. Of course, it's all but impossible to chase top-level stock cars at 200 miles per hour around a speedway, so it'd take a full team of aerial cameras to recreate this effect. But for short-track ovals, like Bristol for NASCAR and, in this case, Lake Ozark Speedway for WoO, it's perfect.

Blair mentioned in the comments that he had to work against the air coming off each sprint car's wing, though the sense of speed translated perfectly in the video. If you've got good ears, you can even hear the air bouncing off the camera's mic.

The biggest takeaway is just how close the drone can get to each car and, as a result, their battles with one another. A camera placed inside a turn simply isn't able to convey the airtight space between the 410-cubic-inch sprint cars as they enter the banking. The same could be true of Indy cars racing to Turn One at Indianapolis Motor Speedway. Imagine watching Alexander Rossi weave through the field from an overhead camera.

We're still cool with onboard cameras and wide-panning field shots, but more drones could improve the look and feel of pretty much any racing broadcast on television. If any series needs a hand, maybe they should reach out to Mr. Blair.