Questions were raised when Audi’s Daniel Abt finished in third place. His previous best result was P15. 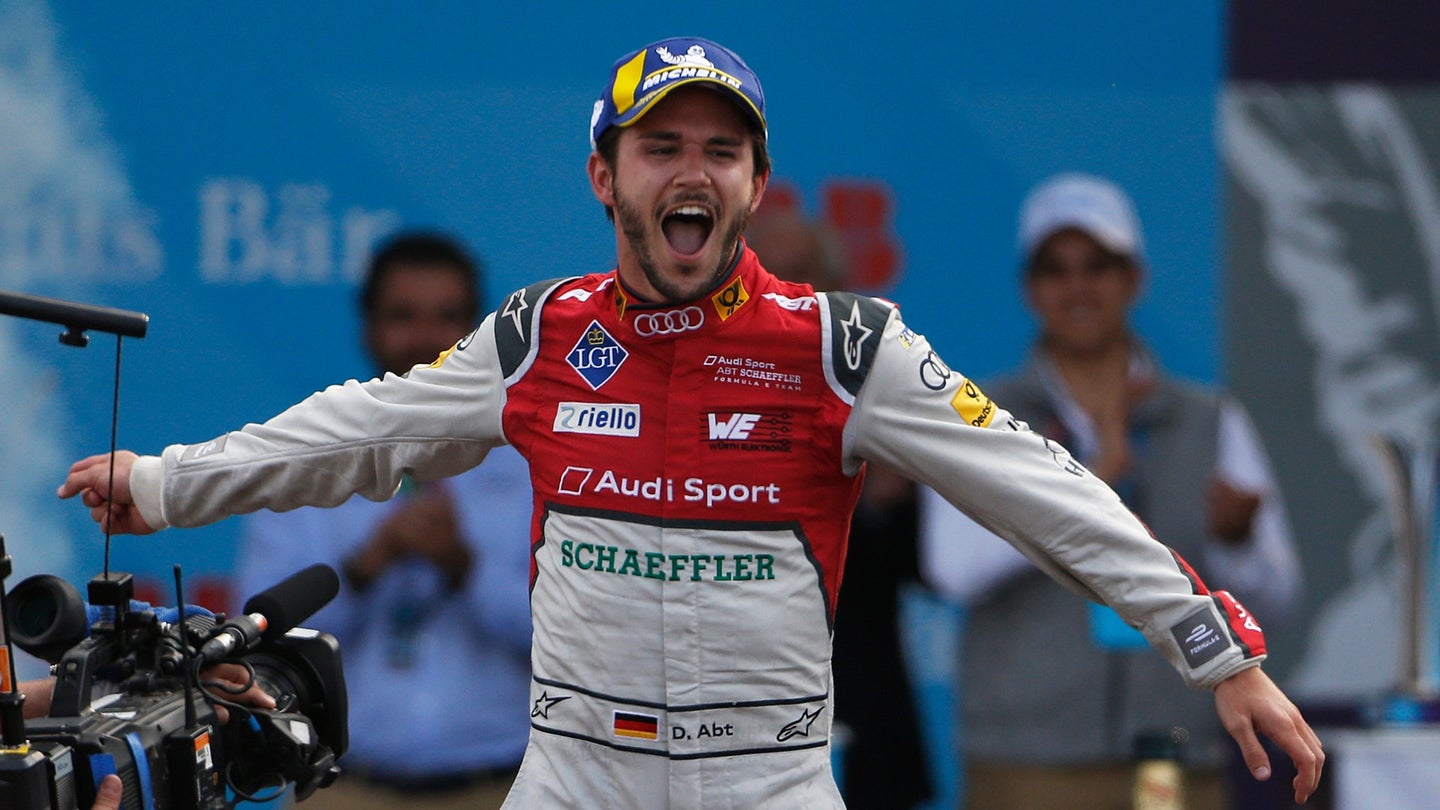 Nobody hoped it would come to this, but it was only a matter of time. With the world of motorsports going virtual amidst the coronavirus pandemic, drivers have competed remotely and—more often than not—streamed every race through their own channels. That wasn't the case for Audi Formula E driver Daniel Abt, though, as he was fined for using a stand-in driver to take his place and run under his name during Saturday's sim ePrix.

Eighteen-year-old professional sim racer Lorenz Hoerzing drove the No. 66 Audi in the Berlin round of Formula E's Race at Home Challenge, finishing third while impersonating Abt. Not only was he stripped of his result, Hoerzing was also banned from the Race at Home Challenge while Abt was ordered to pay a "compulsory donation" of €10,000 to charity.

Questions of whether or not Abt was actually behind the wheel of his sim rig came up when fellow drivers proposed he was actually absent from Saturday's race. According to The Race, Formula E then cross-referenced IP addresses and found it impossible for Abt to have been competing during the Berlin contest. The driver then admitted to using Hoerzing as a stand-in, issuing a statement that afternoon:

“I didn’t take it as seriously as I should have. I’m especially sorry about this, because I know how much work has gone into this project on the part of the Formula E organization," Abt explained. “I am aware that my offense has a bitter aftertaste, but it was never meant with any bad intention."

“Of course, I accept the disqualification from the race. In addition, I will donate 10,000 Euros to a charitable project," Abt concluded.

In Berlin, the No. 66 Audi had its best showing by-far since the Race at Home Challenge kicked off, qualifying second and leading for a spell ahead of Mercedes' Stoffel Vandoorne and eventual winner Oliver Rowland. Previously, Abt's best qualifying result was P9 and his best finish, P15.

“If only this were real life.” -Fernando Alonso, probably.