Do Actual Racing With the 600-HP KTM X-Bow GTX

A mid-mounted Audi five-cylinder makes this machine a howling handful. 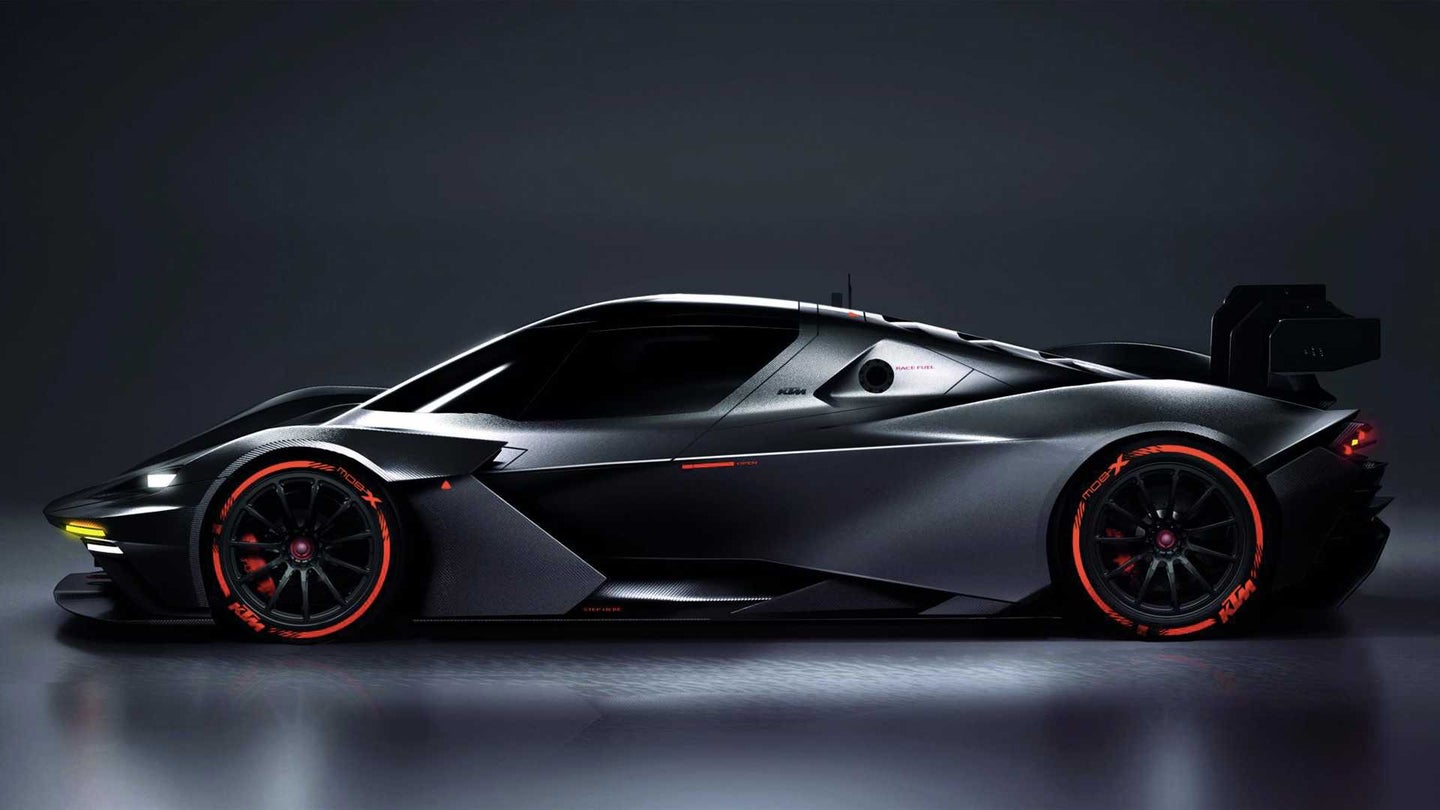 The world of GT racing is about to get a little more interesting because motorcycle maker KTM has announced the X-Bow GTX, the most powerful and extreme X-Bow to date. The good news for us plebs who'll never drive a race car professionally? Homologation cars are also on their way, meaning high-powered track machines will soon be tearing up a track near you...maybe.

Despite its Austrian badge, the X-Bow GTX will use a German engine—specifically the 2.5-liter Audi five-pot out of the TT RS, tuned to over 600 horsepower in top-spec. KTM is also claiming an approximate pre-BoP weight of just 2,200 pounds. Bottom line: this thing is going to be fast as fudge.

Aside from that, KTM hasn't publicly pinned down many concrete technical details. We know it'll be built in partnership with Reiter Engineering, use "state-of-the-art motorsports technology, extremely lightweight construction and the highest quality components," and be the first car "to combine a homologated monocoque with a homologated GT cage, and, on request, also with a homologated advanced seat." We get it, KTM, this is a serious racing car for serious racing people.

KTM plans to offer a GTX track-day car to the well-to-do public and a GT2 race version for actual, sanctioned race teams, a lot like the Aston Martin Valkyrie which, we must say, the KTM GTX shares a passing resemblance. Unfortunately, Aston recently pulled that car from its original Le Mans plans in favor of focusing on Formula 1 after a major ownership shakeup.

Now comes the "maybe." An inaugural batch of just 20 GTXs is said to be coming later this year, meaning you'll be lucky to spot one at your local track day. As for the race cars, official SRO homologation has yet to be granted but KTM already has intentions of entering it in the Creventic 24H Series, GT Open, DMV-GTC, and the Nürburgring Langstrecken on top of starting a one-make series in 2021. Big plans for a company that's only been building cars since 2008, but we're eager to see how it all shakes out.

Powerful, precise, fast, and comfortable, this bike legitimately checks all the boxes.