Uber Freight moves from app to the open road. 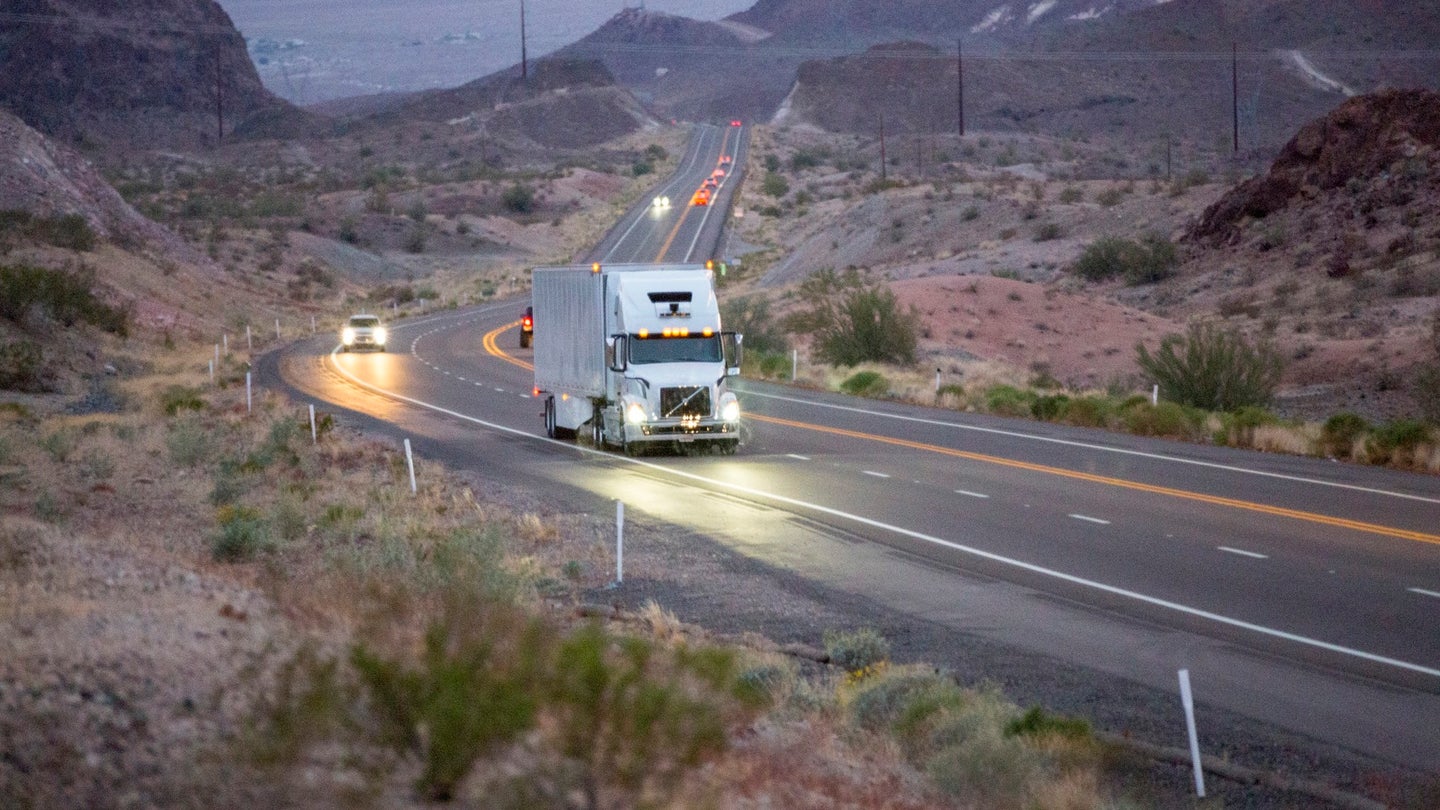 Uber’s push to elevate the future of the trucking industry leapt out of the testing period earlier this week. The company announced that it is officially operating a self-driving fleet (still equipped with an Uber-employed driver at all times) on the highways of Arizona via its Uber Freight app, using a transfer hub model and human drivers to deliver the cargo in the last legs of the trip.

According to Uber, this transfer hub system is meant to eventually create a safe 24/7 delivery system, add more jobs in the short term, and create a better quality of life for truck drivers. But its self-driving fleet, while making great advances on the open road, won’t be up to snuff for navigating city streets even on the distant horizon. In the interim, shipping companies can utilize the system through the Uber Freight app to lock down a truck driver who will meet the self-driving unit at a transfer hub at the edge of a city.

Human drivers can then change the cargo over to their own trucks and deliver goods to an inner-city destination. Uber argues that this keeps the cargo efficiently moving while saving drivers from grueling hours on the road and keeping them closer to home.

At the moment, Uber is using its own Volvo fleet to run the goods on the highways and contracting with private companies, using that company’s trucks and drivers, for the last leg of the trip. The transfer hubs are pre-established touchpoints, such as weigh stations. But far down the line, Uber may look into building its own dedicated facilities for these transfer purposes.

“We’ve been really hard at work for the last several months improving the technology, improving the performance of the system, and also working on building a product that can exist in the real world and solve real problems,” said Alden Woodrow, Uber’s self-driving truck product head.

Uber is also working closely with Arizona law enforcement to improve the safety and compliance of its self-driving fleet. For instance, when a car is stopped on the right side of the road with its flashers on, a truck is supposed to merge into the left side of the lane. This is but one example of the compliance issues Uber's tech aims to tackle.

The Uber team still faces the challenge of how to navigate unexpected incidents like traffic accidents and construction. The company did state that it can use day-to-day Uber car tech to help track and learn the roads more thoroughly.

You likely won’t see Uber Freight trucks zooming pass you in the near future as that isn’t the company’s immediate goal. For the time being, it's focused on creating a seamless experience for the truckers and the shippers alike. The current fleet isn't designed to back up to docks or do anything more than traverse the open road really. Rather, Uber says it's working toward integrating itself within the trucking landscape via partnerships rather than dominating the industry as a whole.

“There are a lot of companies in the value chain that are very good at what they do, and so, in general, our desire is to partner with companies in the industry and find the right way for us to enable self-driving technologies,” said Woodrow.

Some questions still linger, however. The company didn't immediately respond to a request for comment on how often the drivers are currently having to take control of the self-driving trucks, how many trucks it's currently running on Arizona highways, or how many miles the trucks are covering. But it did state that the fleet in total has covered 2 million miles to date.

As an illustration of its dedication, Uber created this video below depicting a sample journey which started in the Midwest on a haul to Sanders, Arizona. The goods were loaded onto a robot truck en route to Topock, Arizona, where it was then handed over to a human driver.