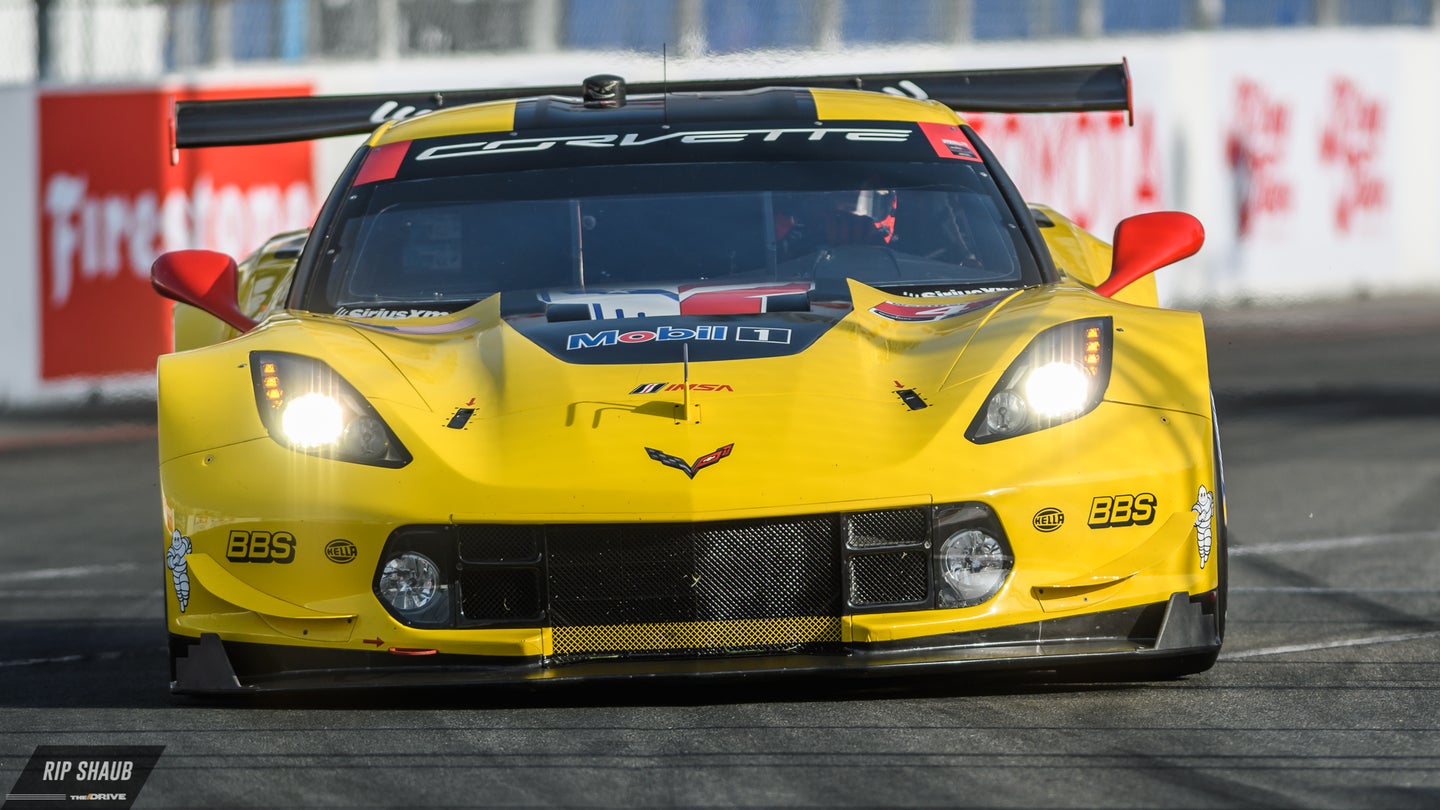 Corvette Racing has confirmed a crew of familiar faces for its 2018 entry to the 24 Hours of Le Mans. The American-based crew will compete with a two-car effort that includes Mike Rockenfeller, Antonio Garcia, and Jan Magnussen in the No. 63 C7.R along with Marcel Fassler, Oliver Gavin, and Tommy Milner in the No. 64. Each selected driver is a multi-time winner at the historic race and will work to add on to the team's success at this summer's June event.

This is the same lineup that entered the first two IMSA WeatherTech Sportscar races of the year at Daytona and Sebring. In fact, five of the six drivers are returning from the outfit's 2017 Le Mans lineup with the exception of Fassler who will replace Jordan Taylor as the latter is no longer actively seeking a ride for the race.

“Corvette Racing is honored to compete for the 19th consecutive year at the 24 Hours of Le Mans,” said Chevrolet Director of Motorsports Competition, Mark Kent. “A consistent lineup of drivers between our IMSA campaign and Le Mans gives us the best chance for our ninth victory."

“All six have multiple Le Mans victories. That along with the experience of the Corvette Racing crew and engineering team are what we believe to be the optimum combination of talent to win again at Le Mans.”

The Corvette squad's No. 63 entry did manage to nab a podium finish at last year's race while its sister car ended in eighth-place.

An official viewing party for the race will be held at the National Corvette Museum in Bowling Green, Kentucky on June 16-17.