The 2018 F1 campaign may only be three races old, but boy is it building up to a heck of a racing season. 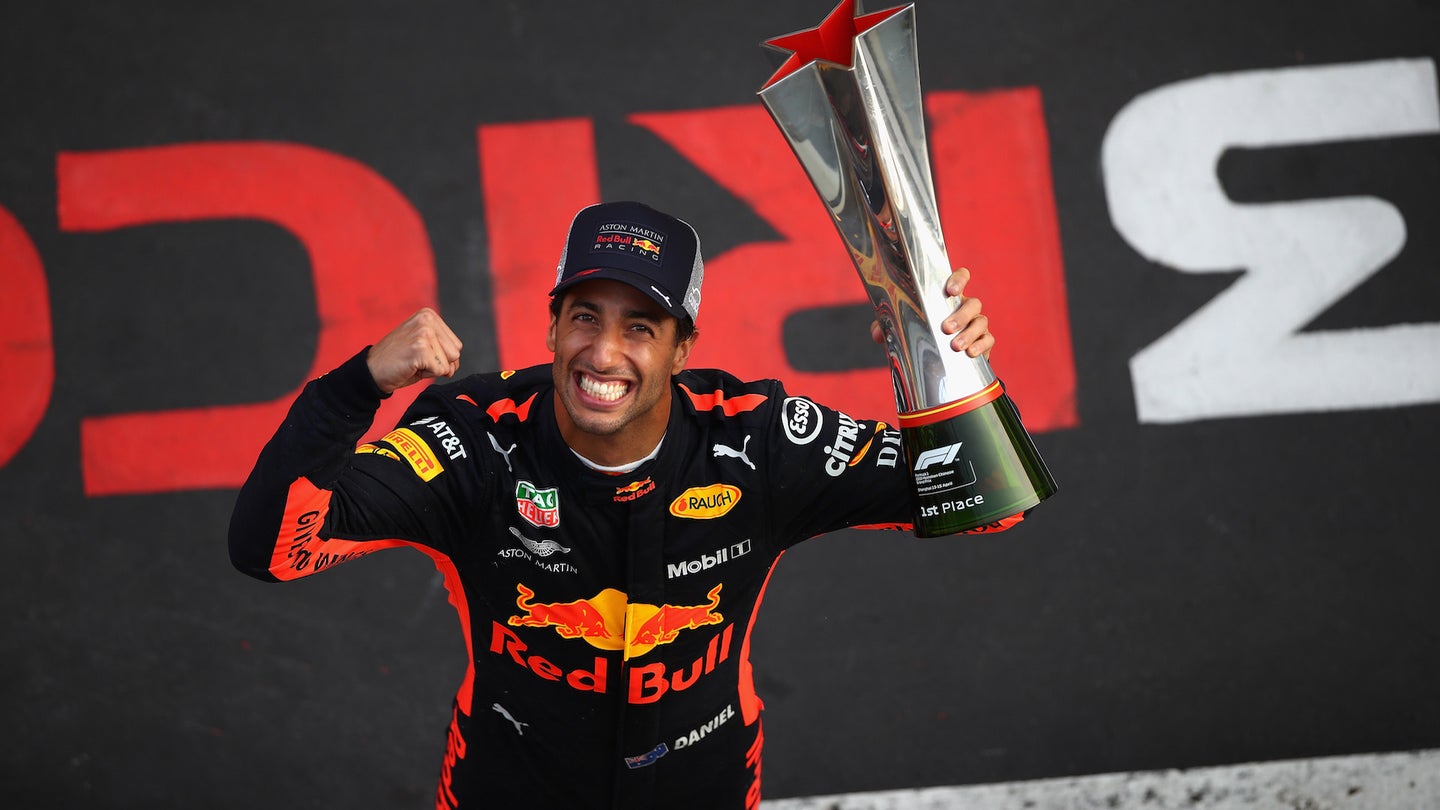 It's safe to say that no one could've predicted the outcome of this weekend's Formula 1 Grand Prix of China. Heck, not even the man who ended up winning the race, Red Bull Racing's Daniel Ricciardo. As a result, fans and drivers alike have taken to social media to share their happiness or displeasure with how things unfolded in China.

The nail-biting and somewhat tumultuous race delivered more action in two hours than the entire 2016 racing season did, and that's a very, very good thing. Much like in Australia, the race was somewhat decided by the timing of the safety car deployment following the crash of the Toro Rosso teammates on Turn 14. But to say that the safety car was the only factor in Ricciardo's victory would be a huge mistake, as Vettel's collision, Hamilton's bad luck, and other important factors all added the Australian's good fortunes.

The most charismatic driver on the Formula 1 grid showed his excitement and outright shock as he climbed out of his race car on parc ferme. The last-minute decision to pit for fresh tires gave Ricciardo the tools he needed to own the Shanghai International Circuit in commanding fashion.

The second spot of the podium would be good enough for most Formula 1 drivers, but not for Valtteri Bottas, who often has to take the backseat due to his teammate Hamilton's winning ways.

The world's least outspoken man took to his only social media to sum up his feelings in just one word. Never change Kimi Raikkonen, never change.

For the second weekend in a row, Lewis Hamilton has failed to perform for one reason or another. As usual, his post-race message to his fans was that of a cheerful and grateful champion.

It's safe to say that Verstappen should avoid visiting Italy for at least a few weeks following his ramming of Vettel on the infamous Turn 14. The collision ruined Vettel's chances of winning the race or at least finishing on the podium.

Ferrari appears to be rolling away with the championship, with Sebastian Vettel at the helm.