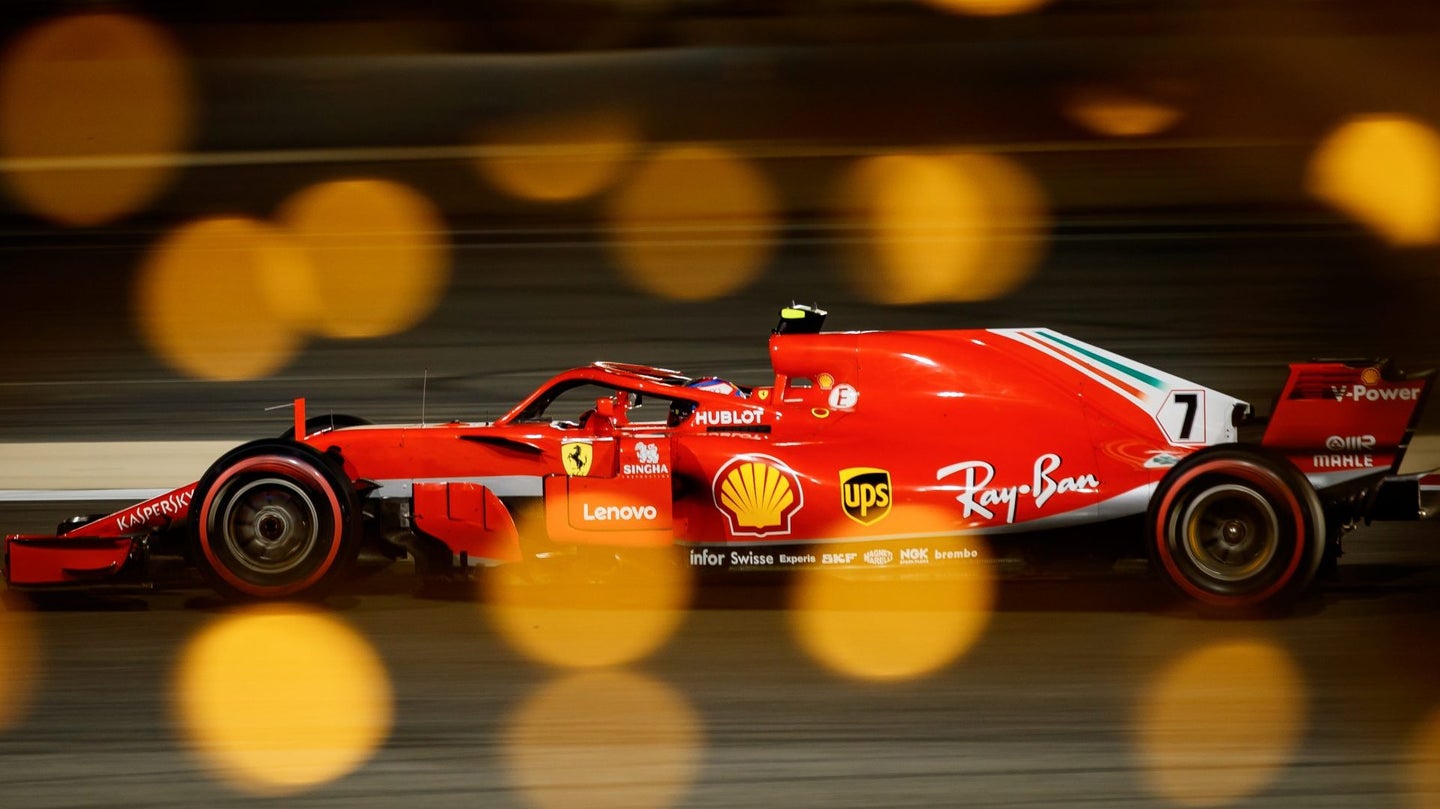 After Friday practice for the second round of the 2018 Formula 1 season in Bahrain, Ferrari's Kimi Räikkönen proved himself fastest so far. In a two-factor reversal of the relationship between Ferrari and Mercedes these past few years, Ferrari is showing strong straight-line performance, as opposed to Mercedes' strength in corners, and Kimi is standing up to a teammate for the first time since 2013 when he finessed Romain Grosjean at Lotus.

Ferrari's performance may in part be buoyed by the debut of a reported new floor, delivered in the middle of the first free practice session.

Ferrari is not the only team to debut upgrades in Bahrain: McLaren and Force India both brought new front wing designs, though the latter brought only a single wing, for Sergio Perez.

Mercedes' previously unchallenged reliability has already taken a hit, with Lewis Hamilton switching transmissions Friday evening according to Motorsport. The replacement is due to a reported hydraulic leak, one which is alleged to have almost ended his race in Australia. As a result of the change, Lewis Hamilton's race performance will be handicapped by a five-place grid penalty.

Ferrari is repeating its weekend in Australia as Kimi is outperforming Sebastian so far this weekend, against expectations formed from their three seasons together. With Lewis Hamilton appearing out of contention for the win, Kimi Räikkönen's first victory since 2013 may be available to him. His teammate is close enough to him that a first-corner scrap almost looks inevitable.