The prancing horse's lead over the Silver Arrows may diminish if the team fails to improve. 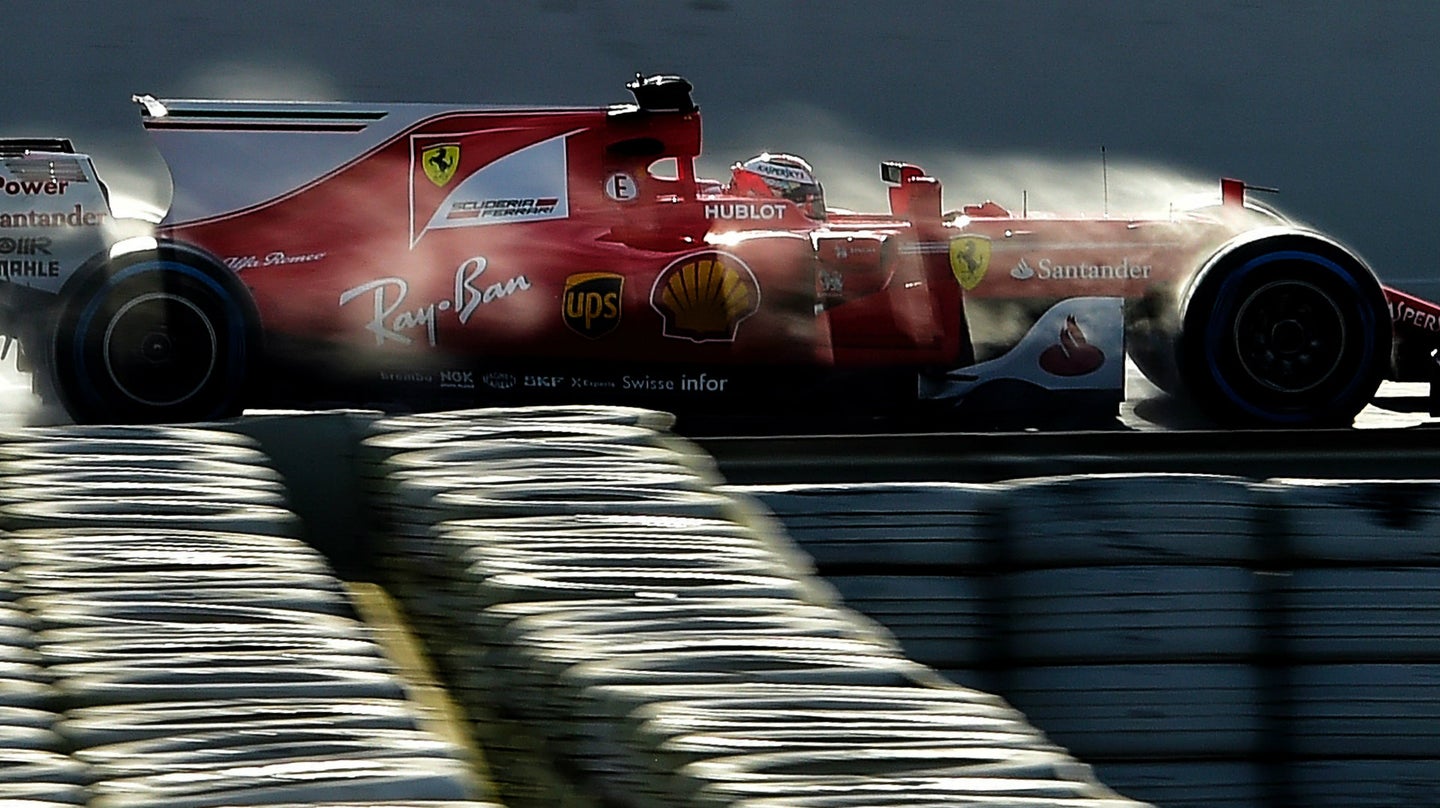 News of Formula One grid penalties due to teams exceeding their allotted limit of engine components per season in nothing new, thanks to Honda's firecracker of an engine, which is liable to burst open like a dropped can of Hamm's. Later this season, however, it may be Ferrari stealing the penalty headlines, as the team is going through their stock of power unit components at a faster rate than any competing manufacturer. (Bar Honda, of course, since they aren't competitive.)

Over the course of this season's 20 races, manufacturers are limited to four engines total comprised of six components each, which may be swapped at will. According to a count published by GP Update, current championship leader Sebastian Vettel is already on his fourth turbocharger.

If Vettel is already using his fourth turbo, then Ferrari's late-season prospects are looking uneasy. While the Italian outfit has had the most competitive car so far this season, their sheer pace on Sundays may not be able to overcome the grid penalties that could be coming down the way. At this rate, the Ferrari turbo is lasting approximately two race weekends; Vettel's teammate Räikkönen will be using his third turbo onward from Monaco to Canada, which also calls the reliability of Kimi's car this weekend into question. If the Ferrari turbo is only lasting between two and three weekends, this may open Vettel up to multiple 10-place grid penalties later on this season.

Ferrari's MGU-H may also lack longevity—Vettel's on his third, and Kimi is on his second. This too may force another couple grid penalties on Vettel. There is the possibility that Ferrari is pushing the limits on Kimi's car so that they may better understand them, so as not to surpass them on Vettel's car—after all, the German is leading the World Drivers' Championship race.

The Scuderia has played down the apparent scary issue of having gone through so many engine components in the early season, stating that some of the replaced components are not simply scrapped—implying the team is putting effort into refurbishing these parts for further use.

Ferrari's closest competitor Mercedes is only just starting to use their second engines of the season, with Valtteri Bottas's engine showing that most components in the Mercedes engine will last at least four race weekends, apart from an unexpected failure of his first engine at the Spanish Grand Prix. This means that Mercedes can expect a probable maximum of one grid penalty per driver, as opposed to the grim likelihood of Ferrari suffering at least four per wheelman.

The limit on engines per season is part of a cost control strategy, enacted in reaction to concerns about spiraling costs that have claimed the livelihoods of three teams since 2010.

Whether or not Ferrari can remanufacture their engine parts to avoid grid penalties is uncertain. The fact that they have gone through so many parts already suggests they may be the hare in this fable.