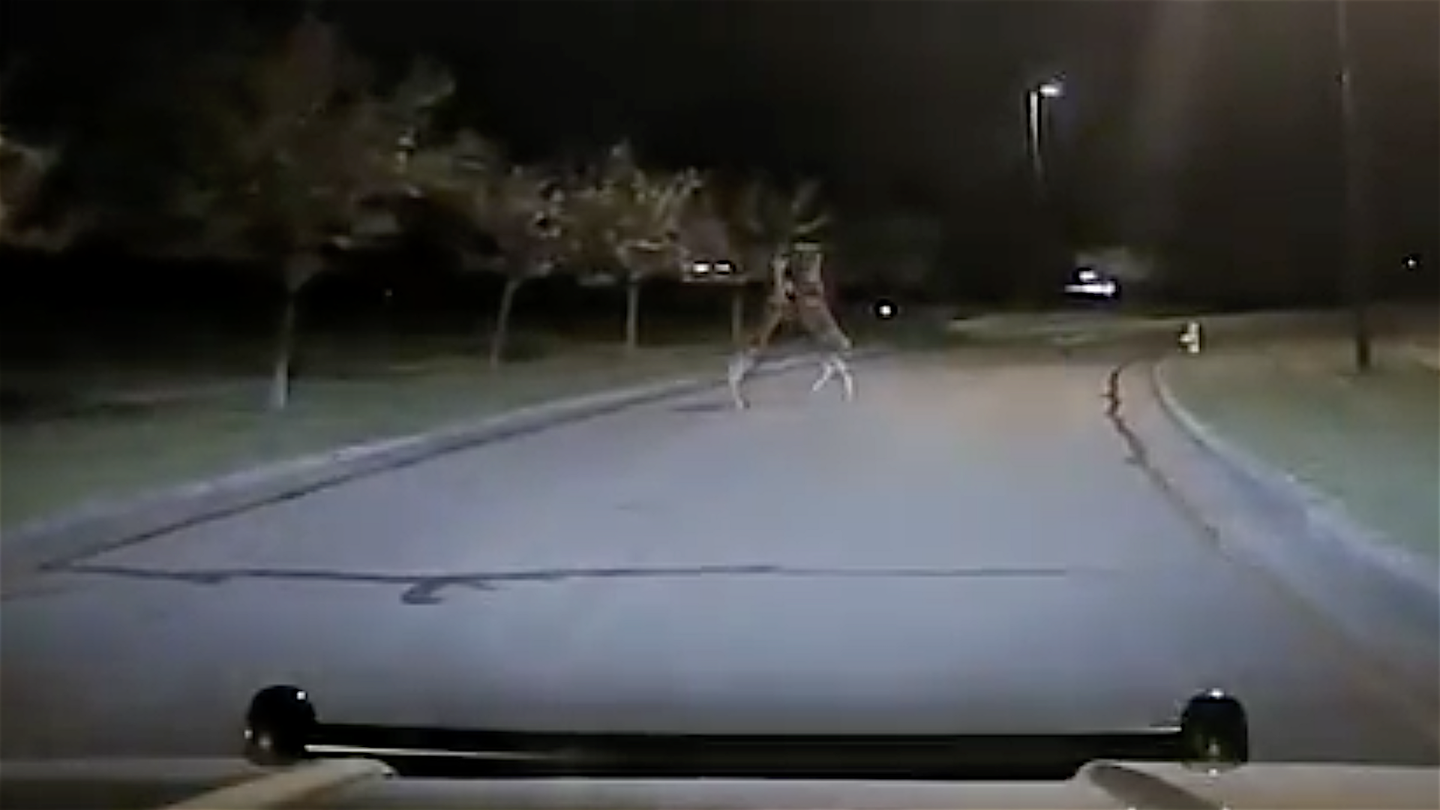 In some ways, deer are just like humans. Apparently, when they get a little sloppy, they take to street fighting to settle their differences. A video captured by a dash cam mounted in an Ohio police car recently captured a pair of deer doing their best impressions of mixed martial art—in the middle of a dark street.

The video, shared on the Westerville Police Department's Twitter account last week, shows two deer running out into a street and briefly attacking each other. Whether they're playing or actually attempting to battle is unclear...but damn, do they look pissed.

From the clip, it appears that the animals scattered before the police officer could interfere. Well, either that or the officer decided to just let the confrontation play out.

Occasionally, an unlucky driver might experience a deer—or for the extremely unlucky, a number of deer—running out in front of his or her car, but usually that doesn't involve a display of the wild animals putting on what looks to be a street fight.