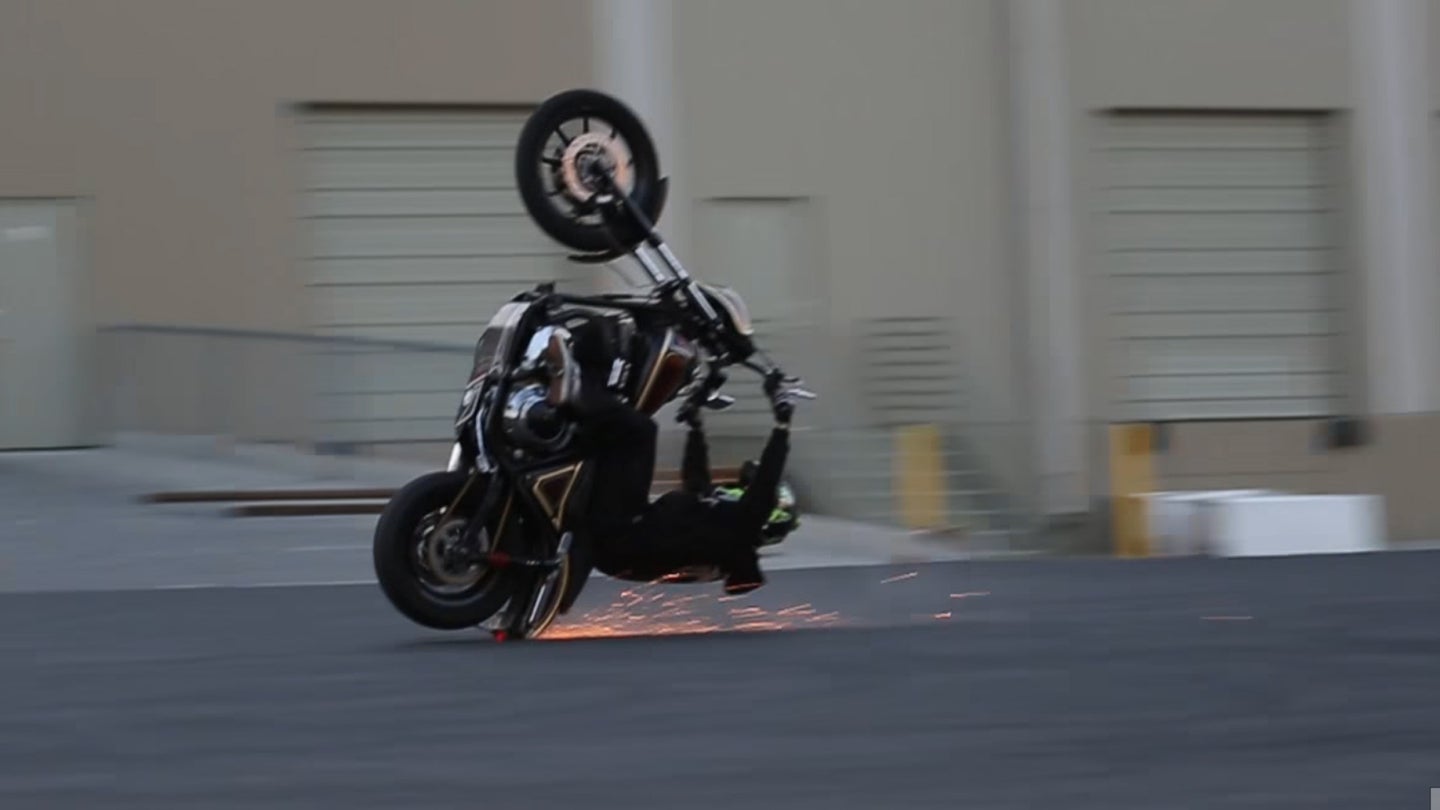 Stunt biking is something I mostly relate to sports bikes, not road bikes like Harley-Davidsons—but hey, whatever works, right? Growing up, I knew a group of guys who were involved in both stunting and drifting, and it was apparent those riders push not just their bikes, but their stamina, balance, and skill to the limit. So the fact that accidents can and do occur for both the hobbyist and professional rider comes as no surprise.

Unfortunately for this specific rider, a very specific set of circumstances came together to cause him to lose control of the bike. He took the wheelie a bit too far when scraping his rear fender, and continued backwards past the point of no return. You can watch as his center of gravity becomes scale-tipped to be balanced at the rear, and from that point on, it was game over.

Another mistake was the rider pulling the brake while the tire was not in contact with the pavement. This caused a load up of inertia to bottom out the wheel on the fender as suspension gave way when contact reoccurred. You can this watch during the slow motion portion of the video to see what caused the chain of events to occur. (Clearly, the rider was under duress when this occurred.)

Luckily—and here's the good news—the rider was able to jump ship before dropping the bike not only escaped without a scratch, he landed on his feet. The bike, however, was not so lucky. Some paneling could be seen falling off, and the tank was gashed open, spilling fuel.