Sometimes three is two, two is one, and one is junk. 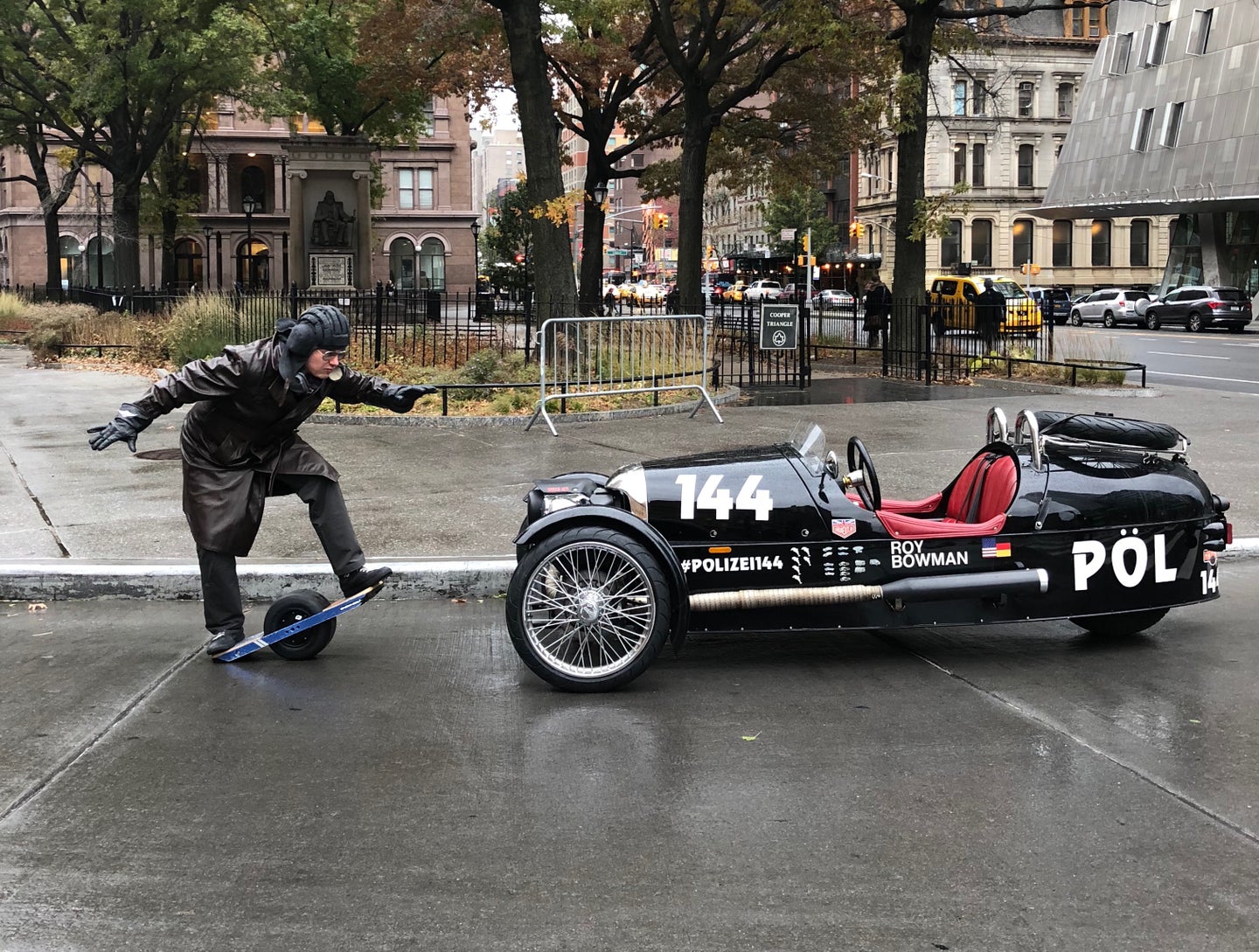 The list of cars "defeated" by my Cannonball record-setting Morgan 3-Wheeler is getting longer by the week: the Porsche 911, the Ford Mustang GT, the e-Moke, the Land Rover Series 1, the Vanderhall Venice, the G63 AMG, and the Land Rover Defender. Why do car manufacturers even bother? The answer is clear: They shouldn't, because they're foisting junk on a public tricked by numbers. Numbers, specs, details...no one cares. Real fun can't be quantified...which is why this week I've got a really special competitor. It's time for a Morgan 3-Wheeler vs. the OneWheel+ Hoverboard comparo.

What's a OneWheel+? It's an electric hoverboard with one wheel. It's got an app. It's made of wood, and it's got some metal in it. Millennials think hoverboards are cool, and it's sold by very hip stores like NYC's Filipacchi, who lent me theirs for this showdown.

What's the point? This: No one buys vehicles for the specs. If they do, they're wasting their time. The ownership experience isn't about talking points. At least, it shouldn't be. It's about driving pleasure, or in this case riding pleasure. When it comes to pleasure, specs are meaningless. NO ONE CARES. When you're riding or driving, it's all about you, and how the vehicle makes you feel.

By that standard, the Morgan 3-Wheeler is off the charts, and nothing I've tested comes close. Germany and Italy's best? All junk. But a OneWheel+? Junk obviously, but very, very, very cool. So cool, and so bizarre, that it actually is a worthy contender despite its wretched specs. Find out what happens when it faces off against the Morgan in the video below.