The chase lasted 23 nail-biting minutes, but fortunately no one was hurt. 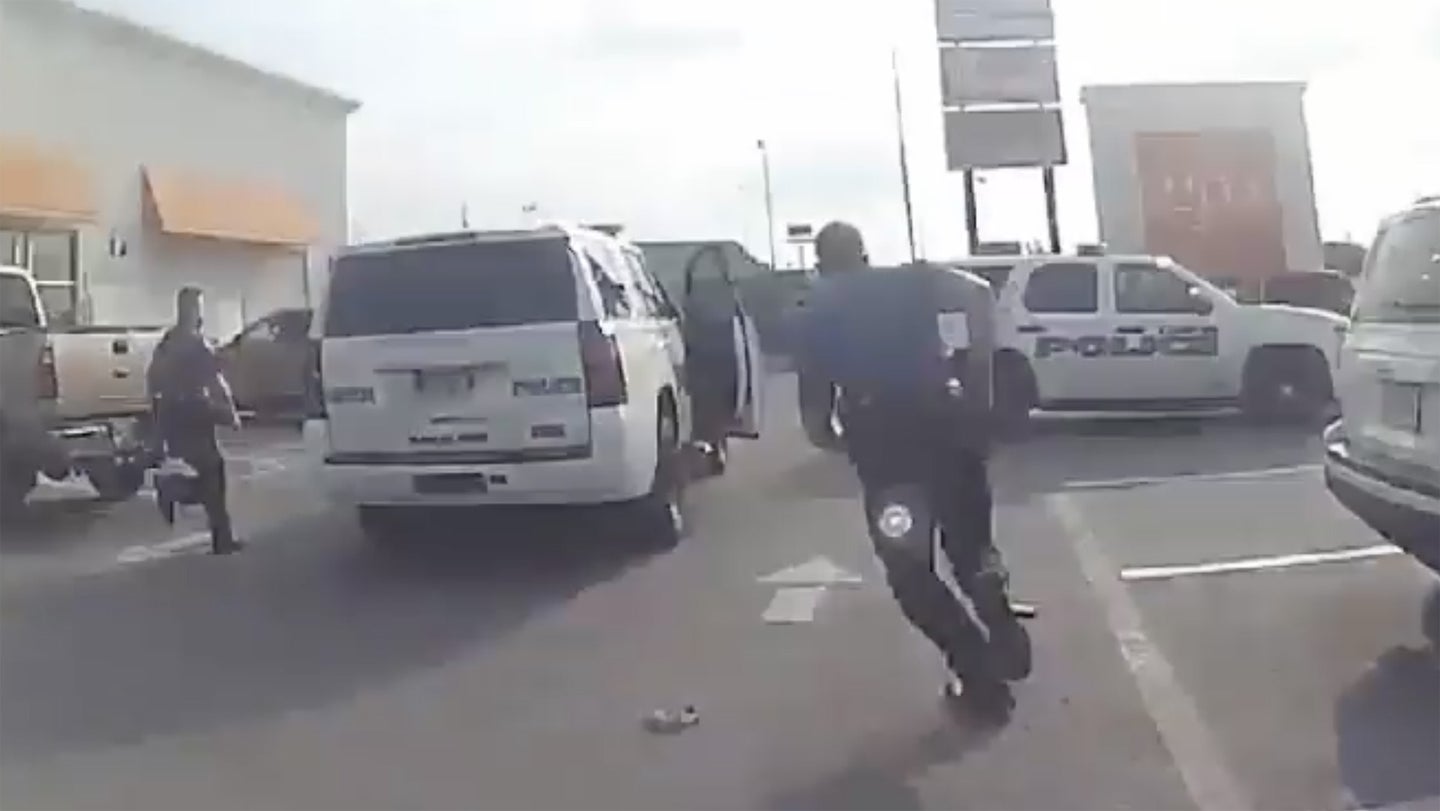 Lufkin, Texas Police Department got a big surprise a few days ago when one of their patrol cars was stolen during a routine shoplifting call. As you can see in the spliced video, 33-year-old Toscha Sponsler was detained by officers, cuffed from behind, placed in the back of a Chevy Tahoe patrol car, belted, and left alone while they searched her belongings. For most people, this is plenty restraint to keep them from escaping or causing further damage, however, this was not the case for Toscha. The suspect slipped out of the cuffs, unbuckled herself and climbed through a very small hole in the partition.

Once in the driver's seat, Toscha sped off, leading police on a high-speed pursuit reaching 100 mph (the limit of the Tahoe). The total pursuit time was 23-minutes and spanned several jurisdictions. The pursuit started in an Ulta shopping center and eventually came to a violent stop in Zavalla.

The video clearly shows several instances where Toscha nearly rammed numerous officers, coming within inches of a fatal accident. Officers even reported Toscha attempted to dislodge the patrol car's shotgun during the pursuit. Fortunately, the shotgun has to be released by the officer manning the patrol car.

Eventually Texas Department of Public Safety (DPS) Trooper conducted a precision immobilization technique (PIT), causing the vehicle vehicle to spin and eventually come to a stop in a ditch. Officers were able to remove the suspect from the vehicle without further incident. Toscha has been charged with escape causing serious bodily injury/threat of a deadly weapon, aggravated assault against a public servant, possession of a controlled substance, evading arrest with a vehicle and unauthorized use of a vehicle.

At the end of the video you can see a cheery Lufkin Police Officer installing and additional partition between the rear and front of the vehicle to ensure this unfortunate event doesn't happen again. Fortunately no one was hurt during this potentially fatal ordeal.