It's just like an African safari—except the lions and elephants are Ferraris and Astons. 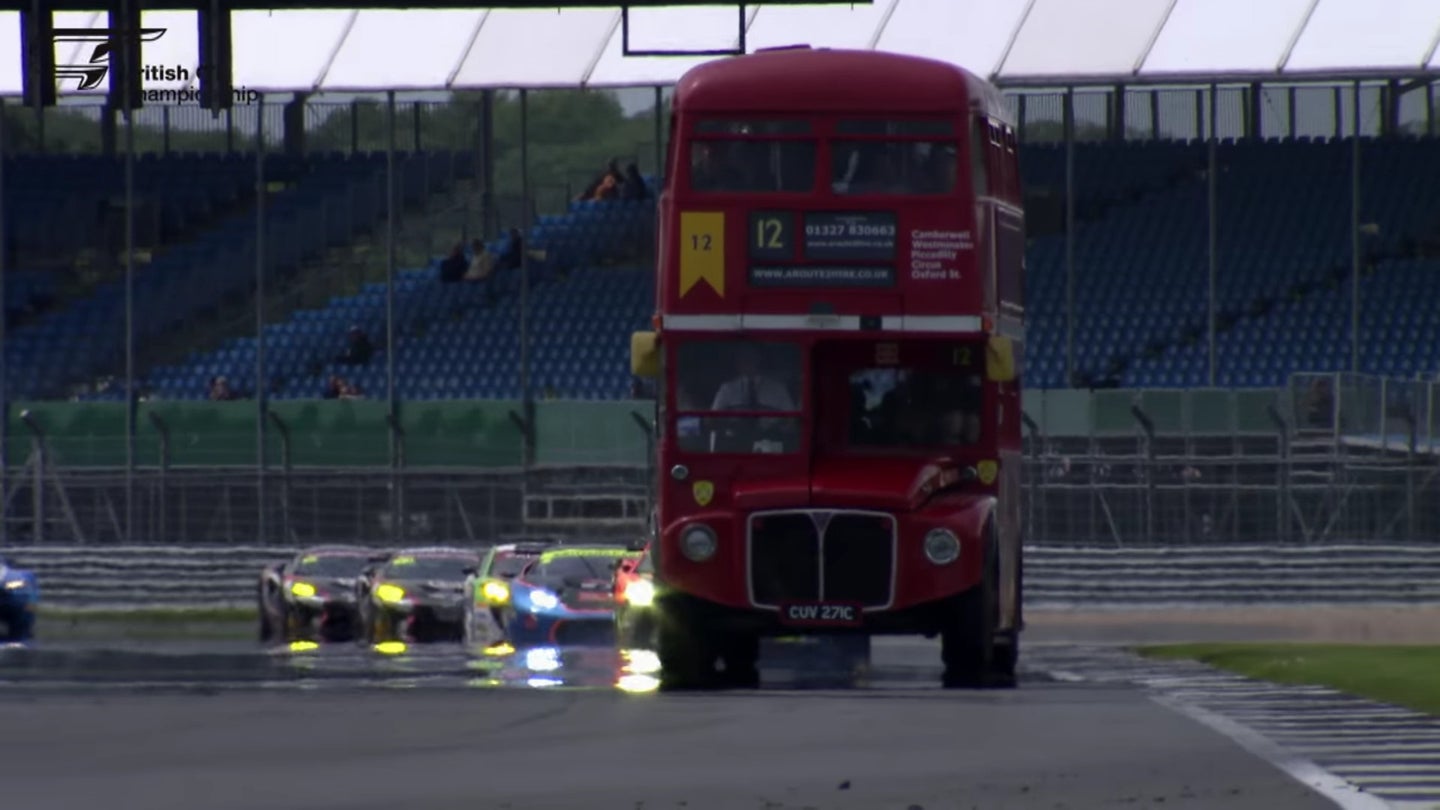 If you're in a GT3-spec race car blasting around the Silverstone Circuit at speed, there are two things you likely never want to encounter: flames and large, slow-moving vehicles. The former is a crap shoot, but the latter could become a real possibility if the British GT Silverstone Safari ever catches on. The Safari, which had its inaugural run during practice ahead of last Sunday's Silverstone 500, puts paying spectators on an iconic 1965 Routemaster double-decker bus to enjoy the GT3 and GT4 cars up close and personal. Fans were ferried around the track as 30 race cars from Lamborghini, Aston Martin, McLaren, and other marques got their practice laps in.

The British GT Silverstone Safari could be the start of a new trend in European road racing. Such tours are reportedly not uncommon in the Super GT racing series in Japan, according to the British GT Championship, but this might be the first time anyone's thought to do it in the Western world. Of course, safety was a top concern: drivers were all informed ahead of time that there would be an antique double-decker on the track, and a safety car followed closely behind as a veteran driver kept the massive vehicle close to the circuit's left (aka slower) side.

"What began as a funny internal discussion soon developed into a viable opportunity to do something never before seen in Europe, not to mention  an experience that today’s guests won’t forget in a hurry," says Benjamin Franassovici, British GT Championship Manager. "Watching 600-bhp GT3 cars fly past at racing speeds looking down from the top of a double decker offers a new and surreal perspective on motorsport, and one we’re now keen to replicate in the future."

What do you think? Would you pay for the opportunity to sit so close to a field of GT3 and GT4 race cars as they tear around a road course? Let us know in the comments section below.