The car wants to be anywhere but the road, but Kenny Bräck shows it who’s boss. 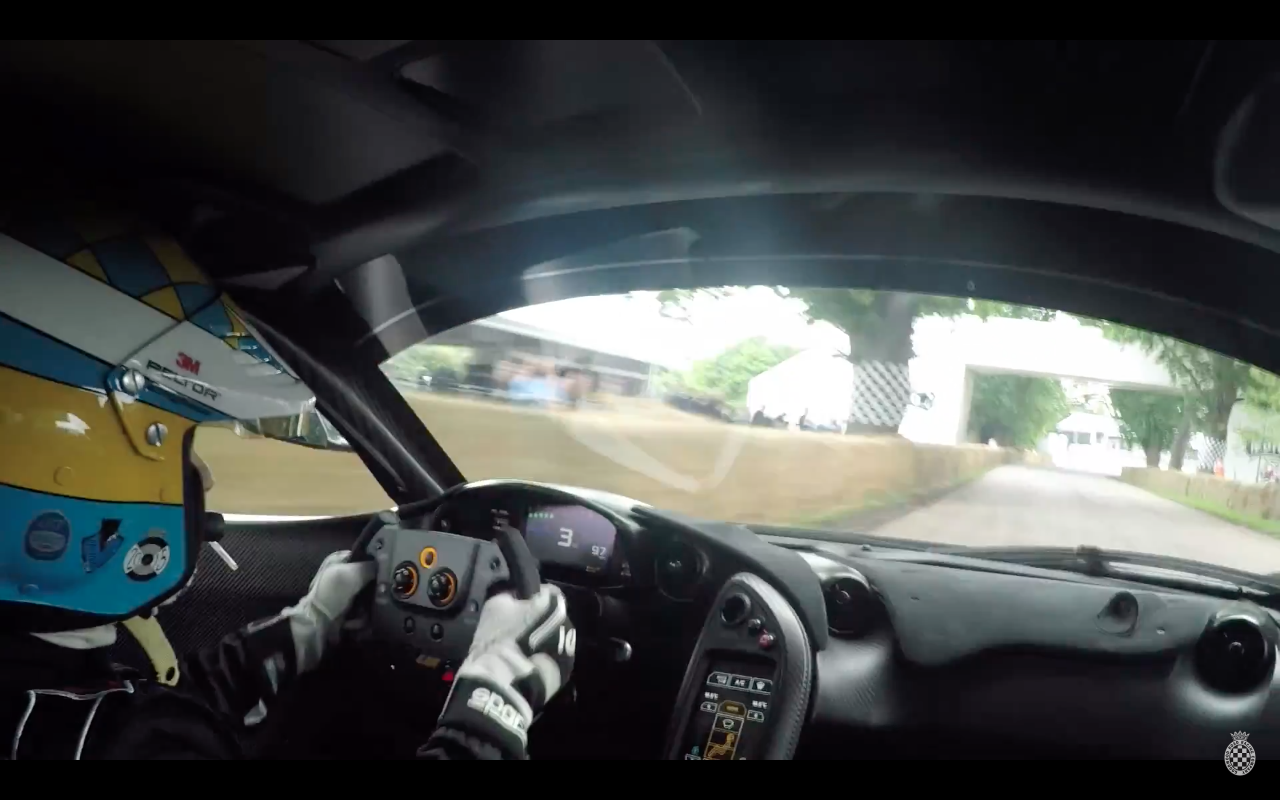 For the 2016 Goodwood Festival of Speed, supercar manufacturer McLaren pulled out all the stops in pursuit of setting the 2016 event's fastest time. They paired 1999 Indy 500 winner Kenny Bräck with a special road-legal variant of their P1 GTR, the P1 LM, and then unleashed him on the 1.16 mile Goodwood Hillclimb course. He completed his sprint from the base of the hill to its peak in 47.07 seconds, which is 2.2 seconds faster than the previous road legal record holder, the Nissan GT-R Nismo, which set a 49.27 second time in 2014. Unfortunately for Bräck and McLaren, they were beaten for the overall win by the purpose-built Gobstopper II, a Subaru Impreza-based time attack car with 780 horsepower, all wheel drive, and enough aero to be mistaken for a Boeing. Neither came close to the 41.6 second record set by Nick Heidfeld in 1999 while driving a McLaren Formula One car.

Bräck ought to be satisfied with the road car record at Goodwood, even though he didn't win the event overall. It would likely not be an unsubstantiated claim to say this is the record he is most proud of, his other being his survival of one of the most serious open wheel crashes in the history of motorsport, registering 214 G's when his Indycar collided with that of competing driver Tomas Scheckter, sending Bräck airborne into the wall, the resulting impact and spin shredding his car, and causing catastrophic damage to his sternum, femur, ankles, and one vertebra. Nevertheless, he returned to racing after his recovery, and never lost his nerve.

This year's Goodwood Festival of Speed runs from June 29 through July 2, with this year's theme being the celebration of 70 years of Ferrari. Let us not put it past McLaren to crash the party and improve on Bräck's 2016 time.