Lawns are for mowing. Monticello's new concours takes a fast page from Goodwood instead. 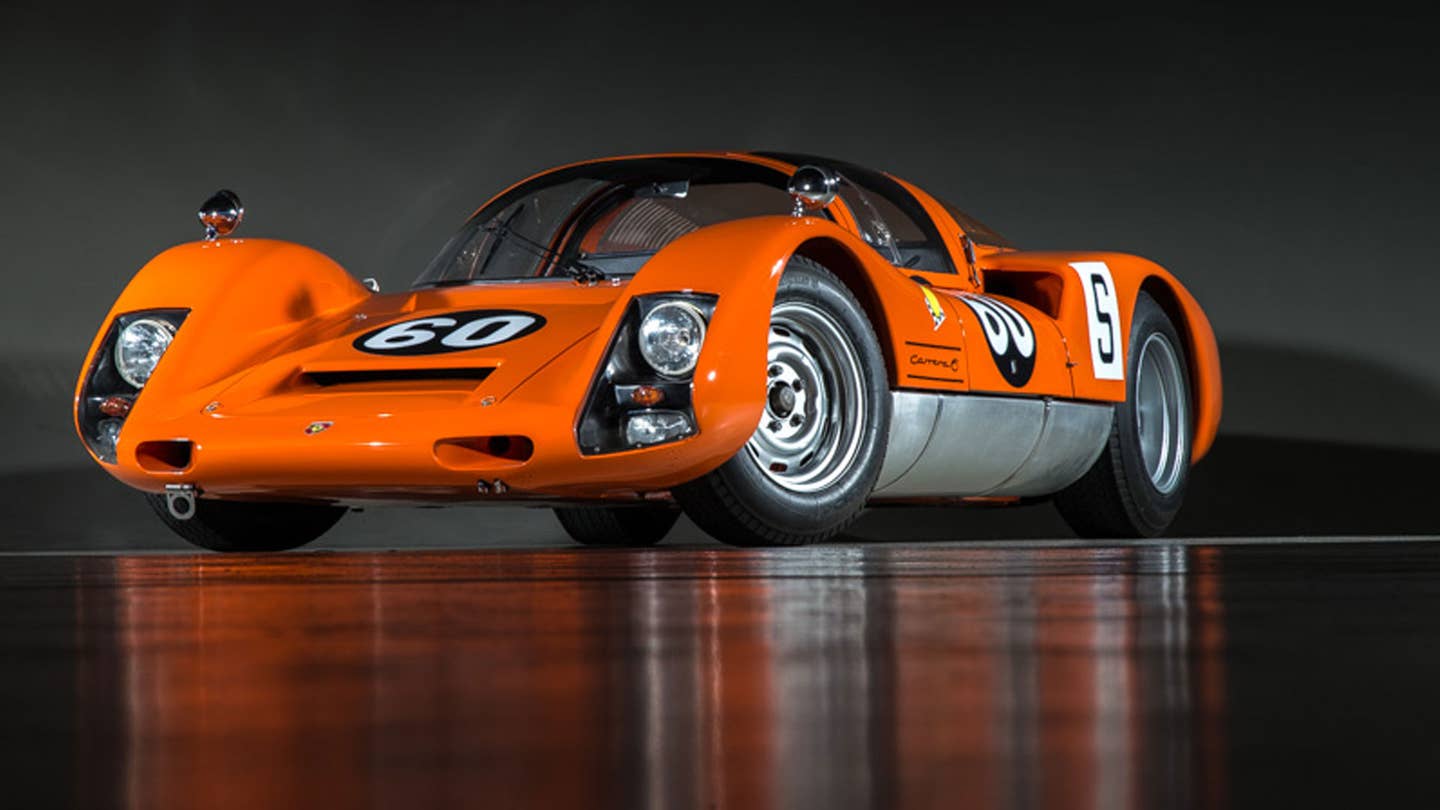 It’s a bit of Pebble Beach in the Catskills, with a few quaint Goodwood-style hay bales thrown in. Now all we need are swanky hotel rooms for the Northeast’s newest speed party.

More than 130 trailer-worthy sports and racing cars descend on New York's Monticello Motor Club this Sunday for the inaugural Art in Motion Concours d’Elegance. With Porsche the featured marque, those include several nonpareil Porsches from the west-coast collection of master restorer and vintage racer Bruce Canepa: A 917, a pair of 935’s, a 959 and 962. The Dutch Orange dreamboat in our photo is the Porsche 906 campaigned by Racing Team Holland beginning in 1966. Along with dozens of Stuttgart specials, the field’s heady main dishes include Bugattis, Talbot Lagos, Astons and Ferraris, a BMW 507 Roadster, Shelbys and Corvettes – and an amuse bouche in the form of a 1957 Messerschmitt Roadster. One personal favorite is the Vignale-bodied Cunningham C3 Coupe, the two-toned prototype for homologated versions of the Chrysler V8 racer in which American sportsman Briggs Cunningham waged his underdog battles at LeMans.

“We invited as many people as we could on short notice, and got an incredible response,” says Managing Director, Matt Peckham.

Before you pack up the VW hippie bus and head for the Catskills, there’s a hitch: This opening concours is only for Monticello club members and invited guests. But organizers, beyond this trial run, are determined to expand the concours into a public happening. Toward that end, the event takes a blurry page from England’s Goodwood Festival of Speed. Vintage and modern performers will take to the rolling 4.1-mile Monticello circuit, The Drive’s favorite area playground, with protective hay bales strung along a track bridge to give spectators an up-close view. Retired racing stars Danny Sullivan and Brian Redman will serve as track announcers, with Sullivan also casting votes in race-class concours judging.

California has Pebble Beach, Michigan has Meadow Brook, while Amelia Island or Boca Raton take care of car fans down South. But the Northeast, despite huge urban centers from Philadelphia to New York and all of New England, has been largely limited to mid-summer fun in Pittsburgh, the intimate Greenwich, Ct. concours – strictly a lawn event – and the historic weekend in Lime Rock.

“The big hook is not just showing these cars, but putting them on track,” says Peckham, who I meet during my own track test of the 2017 Mercedes C63 S AMG Coupe–just in time to get an eyeful of a knee-wobbling, pastel-blue Jaguar XK 140, donated by Monticello member Matt Fassnacht, that will be auctioned for charity at the concours. All Art in Motion proceeds will benefit the nearby Bethel Woods Center for the Arts, site of the legendary Woodstock concert in 1969.

One monkey wrench in the show's top-gear ambitions is a shortage of luxury lodgings near Monticello; though the local Super 8 was offering a sweet deal this week at just $51, including an outdoor pool.

But the room-service cavalry is on the way, via the Montreign Resort Casino that’s slated to open in Monticello in spring 2018. Already under construction, the $1 billion complex will include an 18-floor hotel, a Rees Jones golf course and a family water park. Get on a hot streak at the 1.2-million square-foot casino, and you might afford one of the classic cars at a future Art in Motion. Our roulette money’s on Ferrari red.