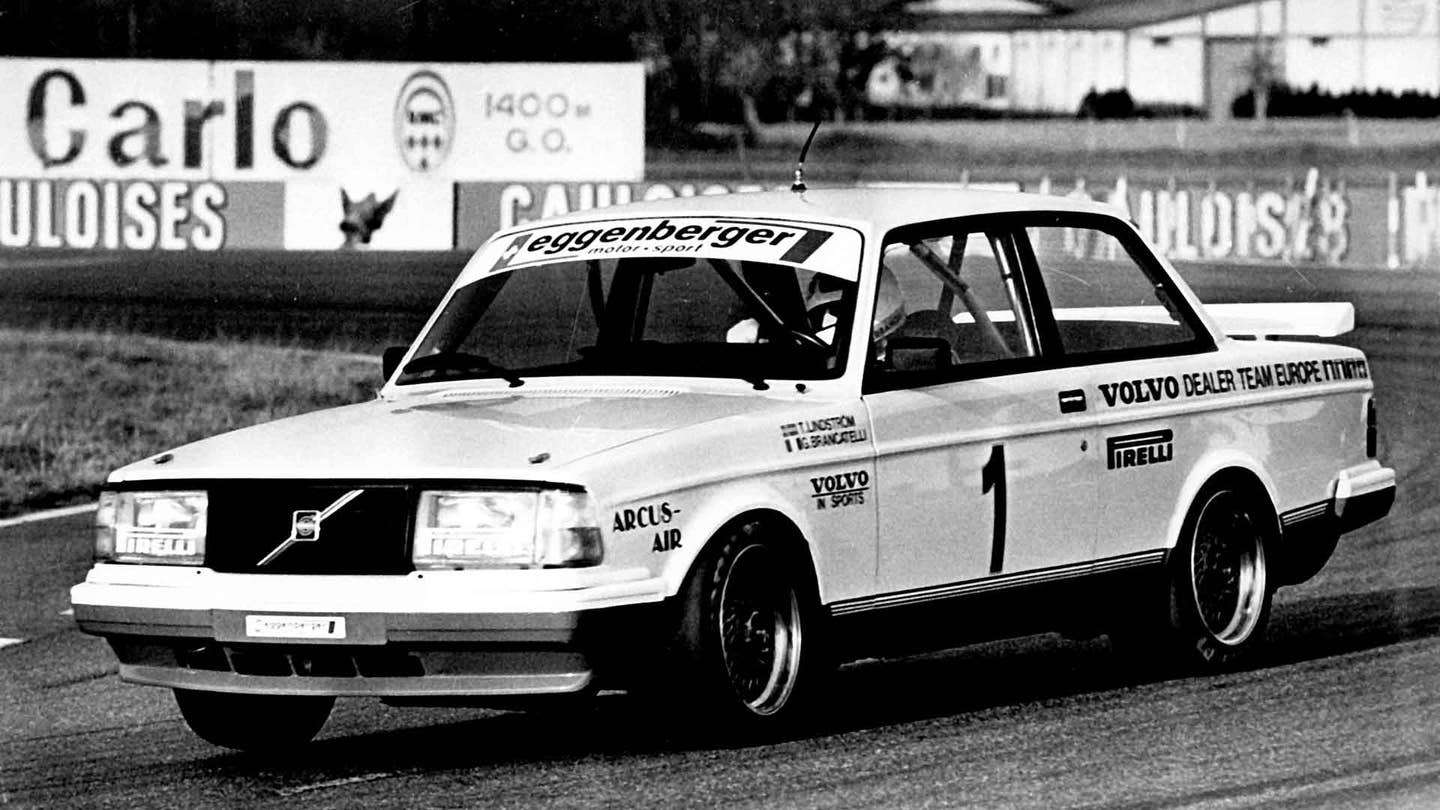 It’s too easy to rip old cars for being slow when modern family sedans break 60 mph in eight seconds. But the Volvo 240 was slow. It was slow when it debuted in 1974. It was slow in 1982, a lump in 1987 and, in its final model year, you could floor a 1993 Volvo 240 with “November Rain” blasting on the cassette deck and finish Slash’s guitar solo without reaching 65.

A highway merging feature—a turbocharger pumping 41 more horsepower, when it wasn’t burning oil—arrived in 1981. It was a relief next to the standard 114-hp engine. It still wasn’t fast, but somehow that 240 Turbo and its wheezy 2.1-liter four-cylinder became a racecar.

And in 1985, it was practically unbeatable.

To register the car in FIA Group A competition, which mandated teams use real production cars with relatively minimal modification, Volvo built 500 Turbo Evolution models in 1983. This was a sham, as none of the customer cars had the water-injected turbo good for 300 hp. They also missed out on the larger intercooler, limited-slip differential, the racing suspension and upgraded brakes. But all of that pricey hardware made it to the racecars, which also featured thinner-gauge metal door skins and a ludicrous (for a Volvo) 162-mph top speed.

Given the performance of a road-going 240, many rightfully derided the cars as “Flying Bricks” incapable of racing. Oh, how wrong they were.

In 1985, the 240 Turbo won the esteemed European and German Touring Car Championships, along with back to back touring car series wins in Finland, Portugal, New Zealand, and a rally in Scotland. All in a single year.

One of the victors sits at the Volvo Museum near company headquarters in Gothenburg, Sweden. Had Volvo capitalized on this success then, the 240 could have beat Slash to pieces on the road. But that’s just not safe, and most certainly not an Eighties Volvo.