You Can Ghostride Herbie the Love Bug

Or, how to wow the film buffs and freak out the neighbors. 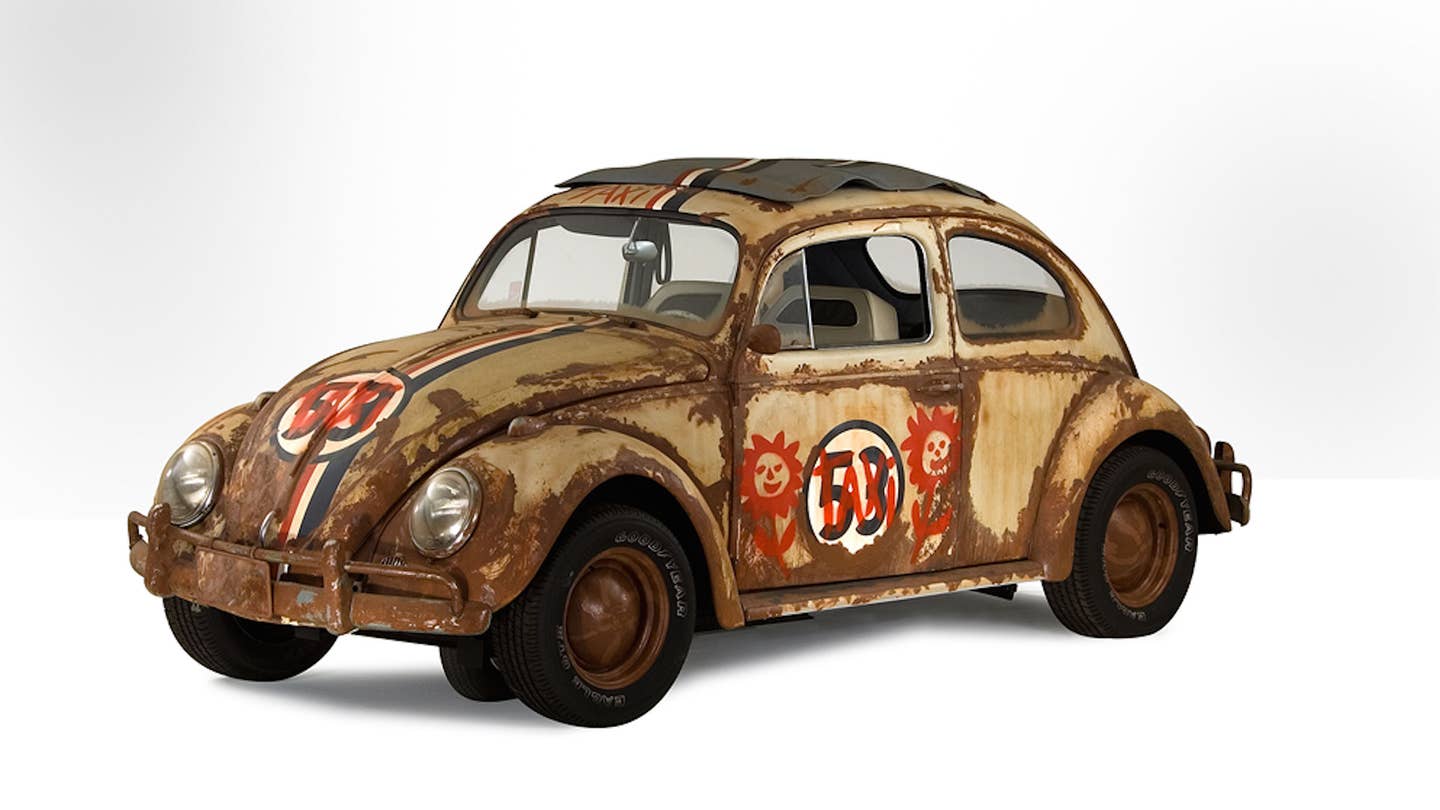 This Bug was made to spin—literally. A stunt car from Herbie Goes Bananas is up for auction. For those born after the phenomenon, The Love Bug is a 1968 tale of a down-on-his-luck racing driver and a possessed, white Volkswagen Beetle suffering from we would now call “unintended acceleration.” Through the powers of love, dedication and anthropomorphism, Herbie wins the movie’s final race against the evil Peter Thorndyke, SCCA champion and owner of an auto showroom. In order to pull off the look of Herbie, unpiloted, saving the day, the filmmakers needed a stunt car that could be driven from the back seat, as well as twirl and pivot. That car, a 1960 Beetle nicknamed “Spinning Herbie,” is coming up for sale at Scottsdale and is sure to be the best way to scare the living daylights out of your neighbors. It’s ghostriding the whip on a whole new level.

The coolest part of this 1960 Volkswagen Beetle is its fifth (yes) wheel. This is no trailer, though: That fifth wheel keeps the Beetle’s front two slightly off the ground, allowing the car to rotate perfectly around its center and facilitating flashy maneuvers. A secondary set of controls—steering, gearshift, pedals—in the back seat allowed stunt drivers to drive the car as “Herbie,” zipping and turning seemingly at will. Unfortunately for purists, the original fifth wheel and back-seat steering assembly had been gutted by the time this car reached Mid America Motorworks, the shop at which it was rehabilitated. However, the team designed and fabricated an entirely new system, complete with wiring harnesses, that is said to work flawlessly.

That means, should you win this ‘60 Beetle, you can drive from either the front seat, or the back, and execute flawless 180s for hours from either. Awesome history aside, this Bug seems a worthy buy for the sheer mischief it would promote.