"Who the hell gave you the right to chop down two my trees?"

Billy Moody was on the phone with a tenant who had just decided to try to lumber out a couple of the trees on his property out in Tallapoosa, Georgia.

He had a three bedroom doublewide with five acres and a healthy level of solitude for the right renter. It had been the perfect property until this kook, Kenny, decided to use his chainsaw on a couple of 50 foot pine trees in the backyard.

"Marsha told me it was okay to chop 'em down Billy, and I need firewood for this winter."

Billy already knew this was complete bullshit. His sister wouldn't okay so much as a leaky faucet repair without Billy going out for a look-see at it first. That, and a softwood pine was a terrible wood for any fireplace since it tends to burn too fast and leaves a lot of ash.  What this guy had fantasized about, Billy had lived through as a kid in rural Georgia

This wasn't the first time Billy had to deal with a liar, but as the local butcher and the son of the most successful moonshiner in the area, he sure as hell knew how to deal with bullshit artists.

"Kenny! You're a lying bastard! The ink isn't even dry on our rental agreement. You know that? I haven't signed on the dotted line yet and now I'm going to figure out how much you owe me for those two trees. The police will be coming with their guns and I'm a comin' with mine. You better be leavin'.

When Billy got to the house this was the only thing left.

A 1986 Chevy Sprint that was DOA on the driveway.

Base. Red. A shoebox on wheels with a one liter carbureted engine and some jumper cables in the back.

It had been sold in dozens of countries as a Suzuki Swift, a Pontiac Firefly, and a Holden Barina. But here in the USA it was mainly used as a doorstop at the local Chevy dealerships. Nobody bought them back in 1986 because gas was dirt cheap thanks to the Iran-Iraq war and the Saudis open spigot policy that flooded the world with cheap oil.

By the time 2013 came around the Sprint was a long forgotten carcass. Nobody knew what a Sprint was except for guys who read old auto magazines. Billy saw the Sprint out there and he decided right then and there that he needed a new vehicle that he could use to transport all the tools he uses to repair his properties.

"Kenny, no one gave you permission to knock down those trees, you know that and now I'm gonna find out what they're worth. Why did you leave the little car behind?"

"That car is dead Billy. I ain't got no use for it. If you want the car for the trees we'll call it even."

And so the deal was done. Billy had bought a 27 year old Suzuki in exchange for two pine trees that he would now need to chop up and haul off. One carburetor rebuild later and the Sprint was as good as new and 15 years later, the Che-zuki is still making the rounds at the local hardware store. 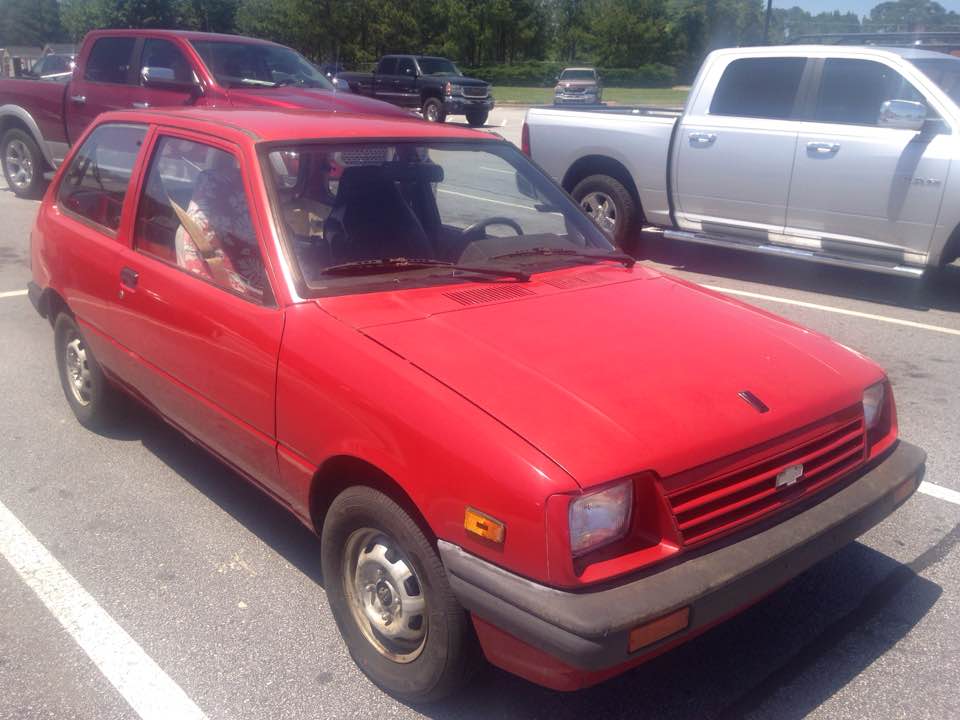 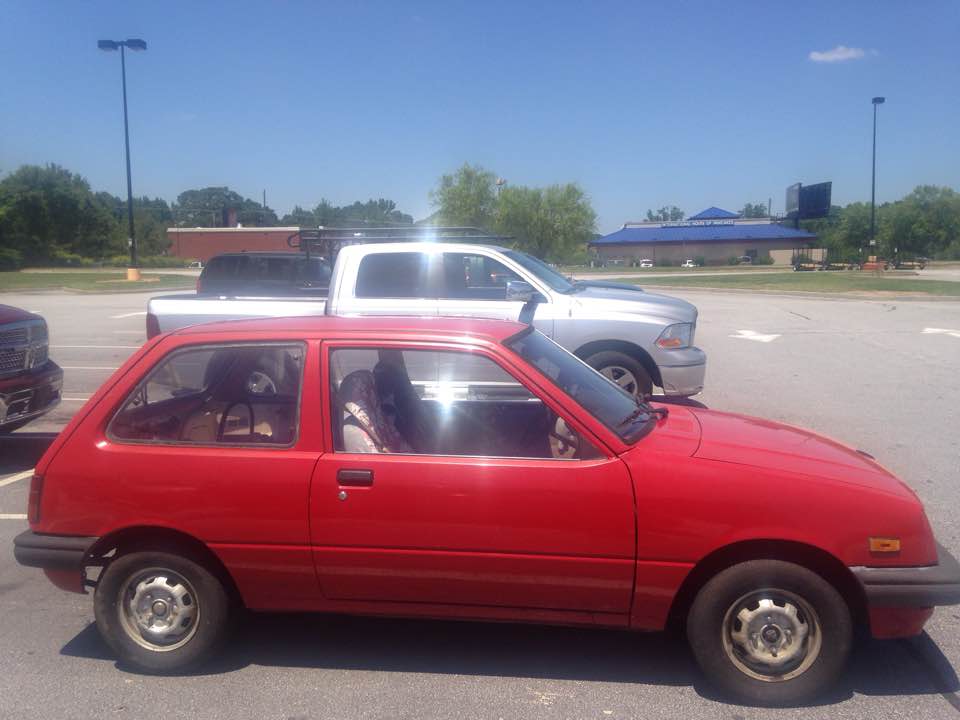 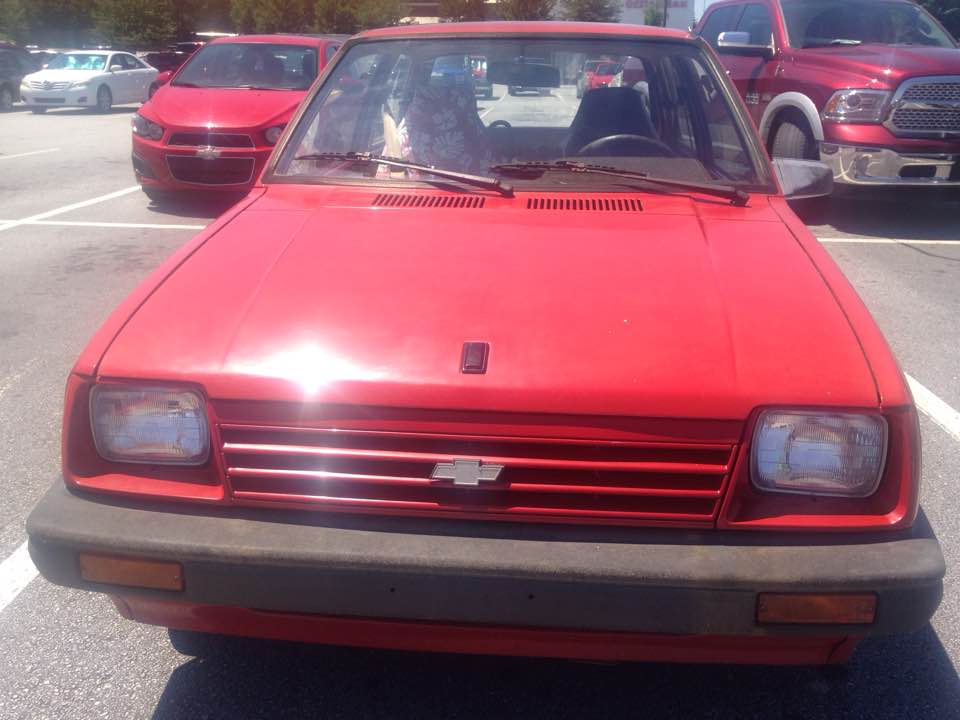 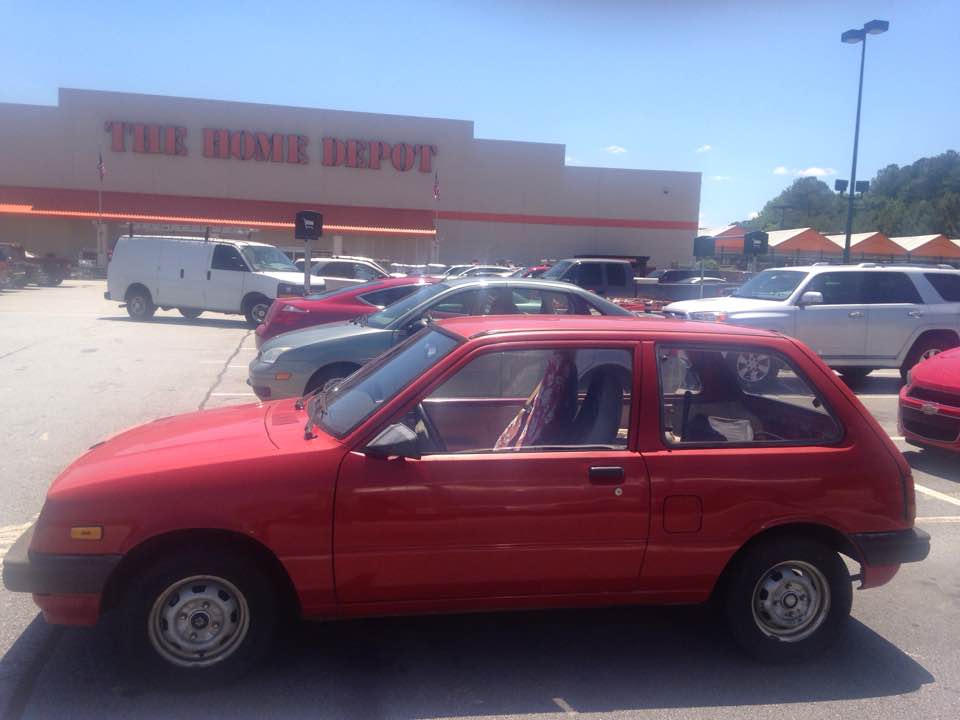 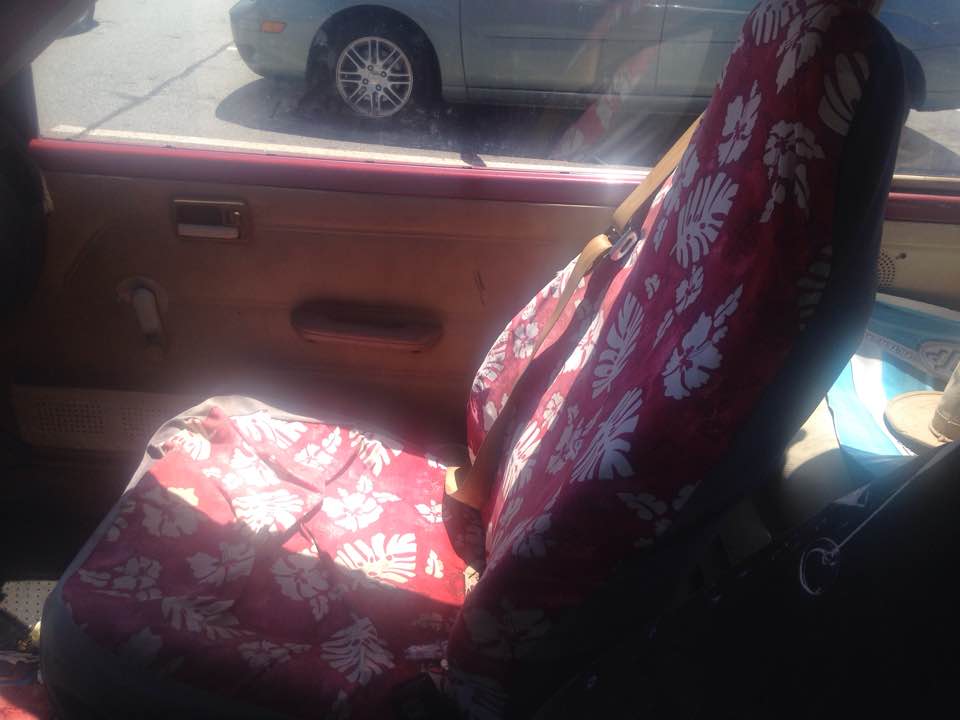 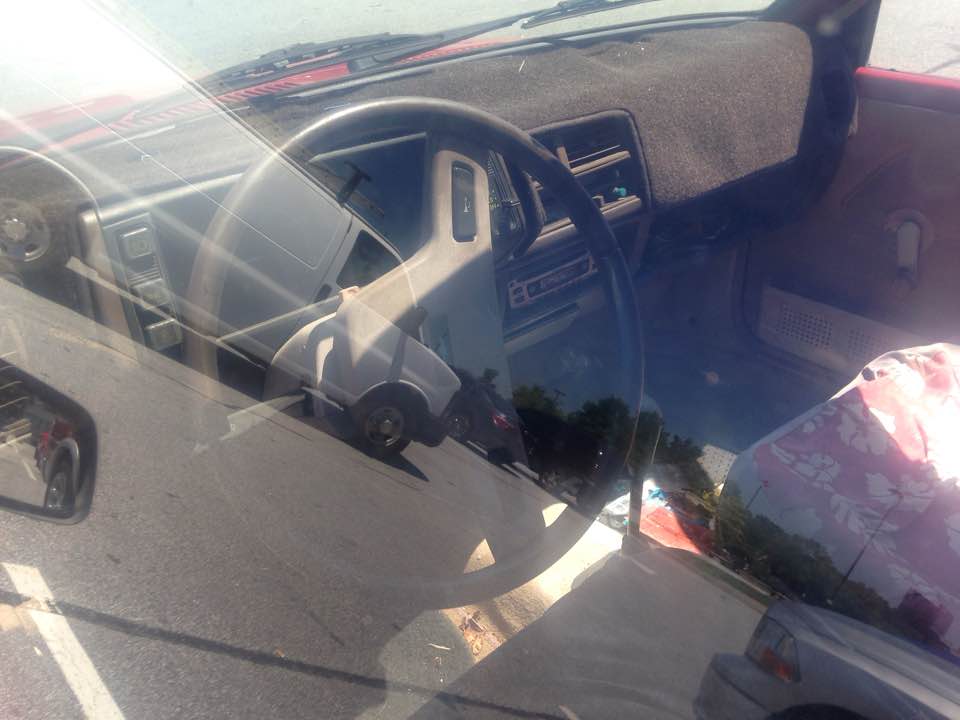 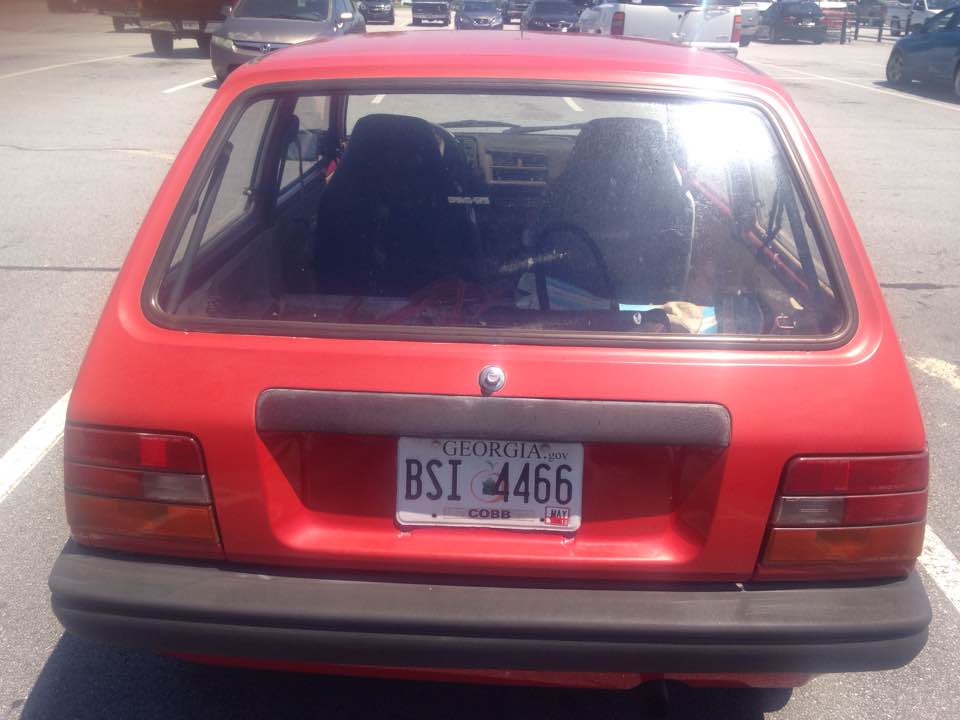 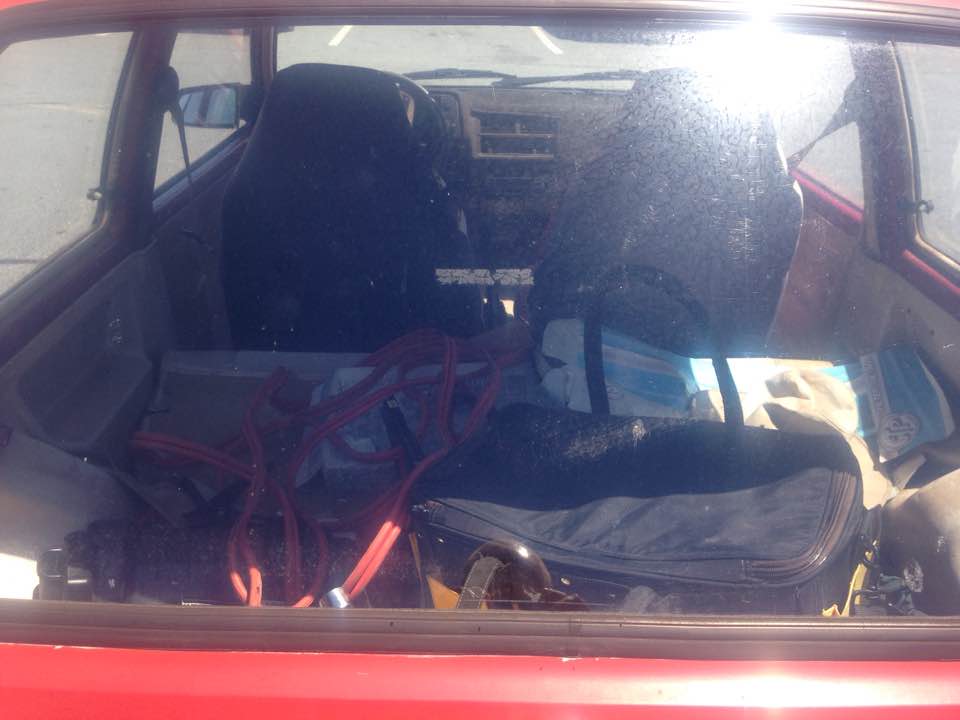 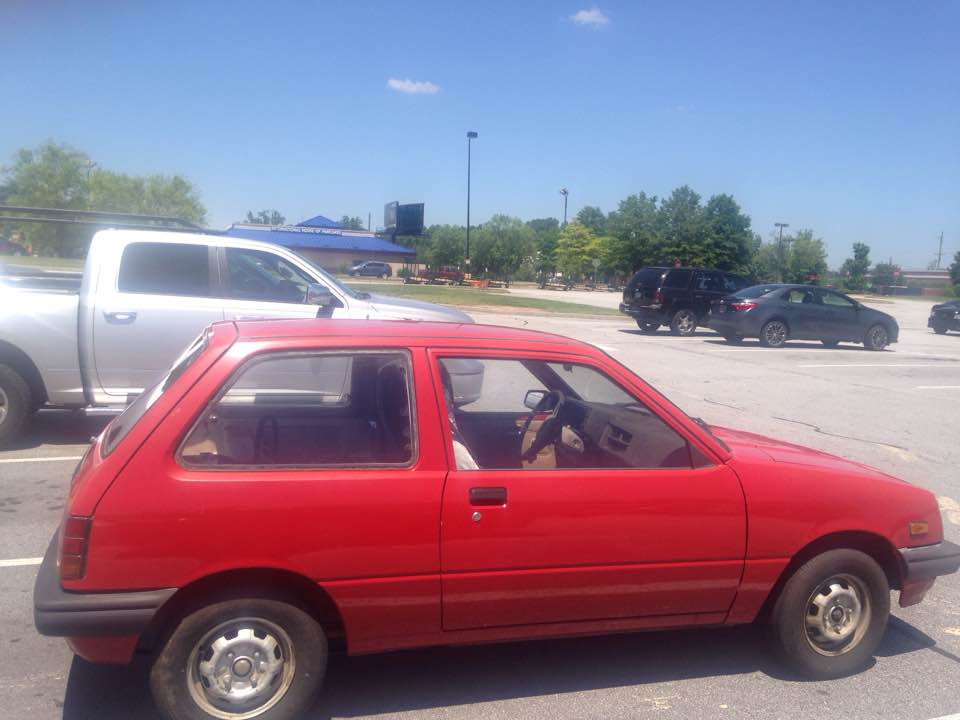