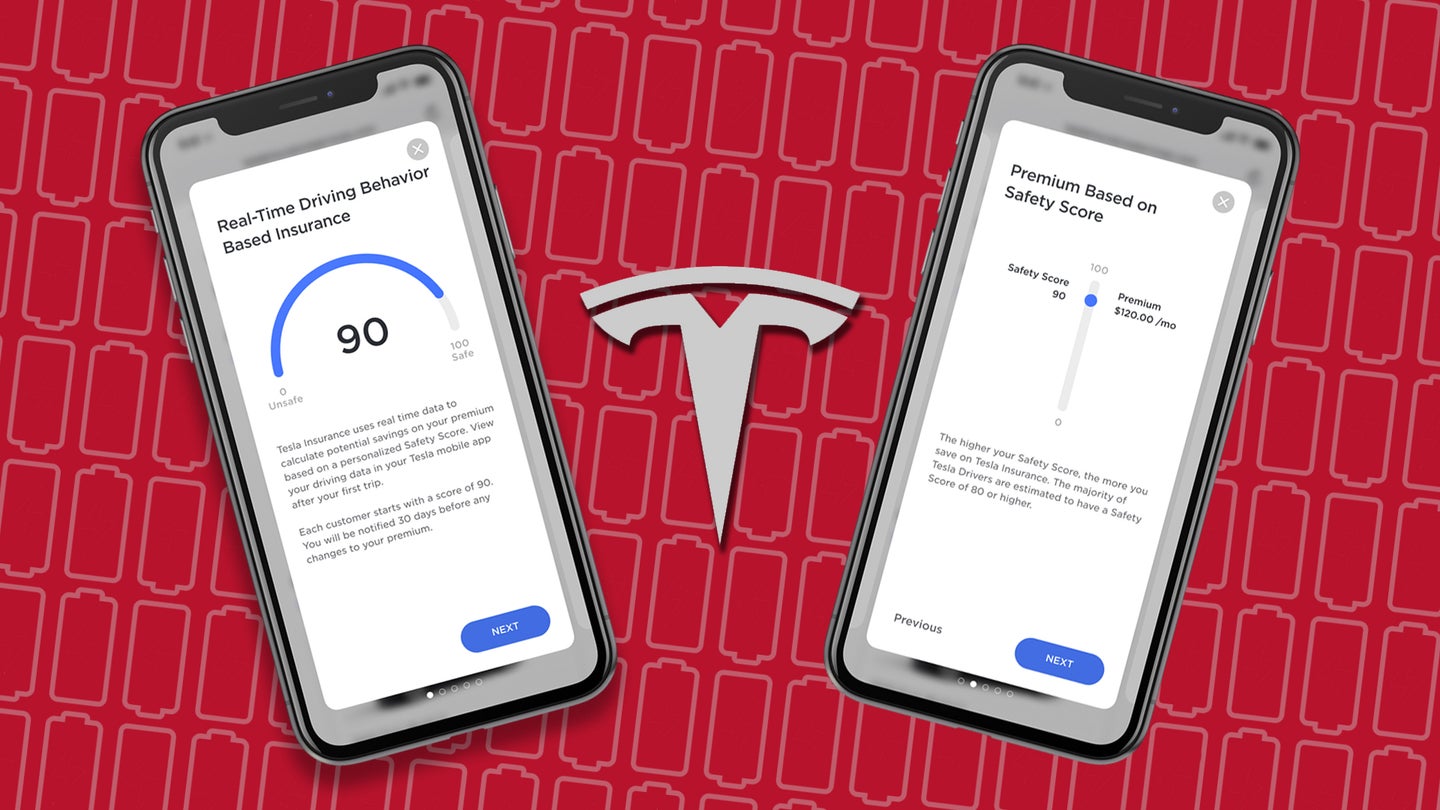 Tesla has officially expanded its auto insurance services outside of California for the very first time. Owners who live in Tesla's new home state of Texas will be able to purchase insurance from the automaker despite not being able to actually buy one of the automaker's vehicles in the Lone Star State.

There's something unique about Tesla's insurance offering in Texas, however: it's based on real-time driving data gathered from the car's onboard systems and can adjust a driver's monthly premium based on driving behavior.

As originally reported by Electrek, Tesla insurance went live to Texan customers on Thursday after originally being announced at Tesla's annual shareholder meeting last week. Tesla has offered its own insurance in California since 2019, offering owners a chance to buy deeper into Tesla's ecosystem of services with the promises of cost savings, especially since insuring the Model 3 through third-party insurance had become nearly as expensive as a Porsche 911.

Unlike in California, however, the Texas-based product will use data collected from Tesla's controversial Safety Score to adjust what a driver could pay from month to month.

The Safety Score ranks a driver's behavior on the road from zero to 100 and adjusts based on how safely the vehicle believes the person behind the wheel is driving. Points can be deducted for hard braking, aggressive turning, unsafe following, forward collision warnings, and forced autopilot disengagements. By default, Tesla's insurance product in Texas assumes a safety score of 90. For comparison, when Tesla launched its FSD Beta software to the public earlier this week, only 1,000 drivers had a perfect safety score according to CEO Elon Musk.

In addition to how someone drives, Tesla will also base the premium on the vehicle model, miles traveled, the driver's home address, and the type of coverage on the vehicle. Tesla notes that it will not use a driver's accident history to calculate a driver's premium, nor will it use age or gender.

If you already own a Tesla vehicle and live in Texas, you can get a quote directly on Tesla's website—but you may want to calculate your safety score first.

The move was announced in the company’s annual shareholder meeting on Thursday.

Some Tesla owners claim insurance rates are up to 50 percent higher than those from regular insurance companies.

If you drive “crazy,” Tesla CEO Elon Musk said, “your insurance rate will be higher.”