Traffic is way down. Accidents are way down. Yet our premiums remain exactly the same. 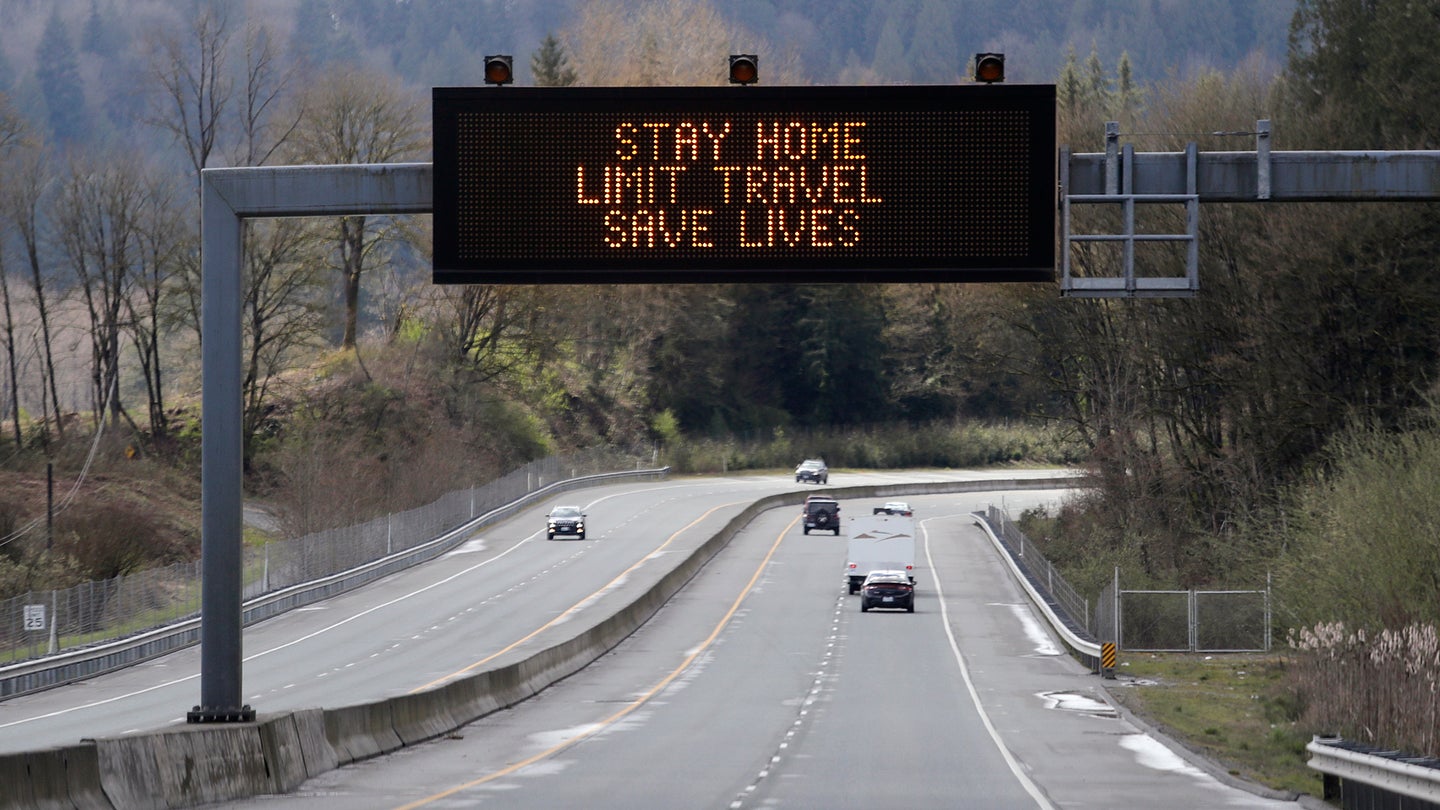 My auto insurance bill arrived the other day. I typically set it aside to make the appropriate electronic transfer with barely a second glance. But this time was different. I looked at the amount I owed, same as it ever was, and was suddenly filled with anger over that seemingly unremarkable fact. Then again, these are anything but unremarkable times.

The math hit me like a ton of bricks. There are four of us in my household, each with their own car. But none of us are going anywhere. We’re working from home because of California’s response to the coronavirus pandemic. Gatherings of any size are prohibited, restaurants and bars are closed, and nonessential offices have been shuttered. We’re not driving, in other words, except for occasional forays to buy groceries. Yet our premiums haven't budged at all in response.

There's been a lot of talk about suspending rent, mortgage, and even car payments as the economy sputtered to a halt last month, but precious little about car insurance—one of the larger recurring costs faced by any household apart from food, shelter, and healthcare—even as traffic volume around in cities around the world has plunged. Car insurance companies are slowly beginning to realize this, and on Monday, Allstate announced that it would kick back about 15 percent of April and May's premiums to drivers. "Given an unprecedented decline in driving, customers will receive a Shelter-in-Place Payback. This is fair because less driving means fewer accidents," CEO Tom Wilson said.

Likewise, a smaller company called American Family Insurance is sending out a one-time $50-per-car payment to all households it covers. But absent a legal mandate, what we're missing is dramatic action from the big players like Geico, State Farm, Nationwide, and Liberty Mutual to set the standard of good corporate behavior for the rest of the auto insurance industry. Simply put, to demand the same amount of money from a beleaguered policyholder at this moment is illogical and immoral.

The fact is no one is driving like they used to—even those still commuting to work face emptier highways with fewer assholes to contend with—and so no one should still be paying premiums like they used to. One study by researchers at the University of California-Davis estimates that crashes in the state have dropped by 50 percent since the stay-at-home order was issued in mid-March. Beyond the hard data, anecdotes abound. Outside my door, LA’s streets and freeways are far emptier than when I first got a driver’s license in the mid-70s, and our notorious smog layer has decreased markedly. Outside yours, chances are traffic is exceedingly light to nonexistent, reflected in rock-bottom gas prices across the country even if you live on a main drag that's still seeing a lot of cars.

Sure, I could phone my agent and reduce the number of expected annual miles on my policy, but that variable—which isn’t universally offered by all auto insurance companies—is an individual circumstance that a) wouldn’t move the needle much, and b) isn’t the point. No one else is driving either. Accident rates can only plummet as the collective number of miles driven drops profoundly. The math that makes social distancing work to slow the transmission of disease also works when it comes to reducing accident probability. Claims and payouts will have gone into freefall, but payments are as high as ever.

None other than Warren Buffet spoke frankly about this as early as March 13th during an interview with Yahoo Finance. Berkshire Hathaway is the parent company of Geico, and Mr. Buffet remarked on a large reduction in accident claims beginning in late February. “People haven’t been driving as much … and it’s noticeable.”

More noticeable is that that interview came five days before California Governor Gavin Newsom issued his sweeping statewide order compelling non-essential workers in the country's most populous state to stay at home, to limit gatherings of any size, to close restaurants, bars and gymnasiums. That was five days before the Golden Gate bridge sought financial relief because toll revenues had fallen by 70 percent.

And it was two weeks before we all arrived at where we are today.

This goes beyond a mere reduction in the number of miles driven and the resulting logical disconnect of a unchanging premium. People are hurting financially, too, and for the same reasons. Households around the country are abruptly losing streams of income as their jobs disappear due to the pandemic. Unemployment filings are spiking to utterly unprecedented levels with millions suddenly out of work. Two of the four in my very household are part of that spike, in fact, and a third may soon follow.

People suddenly can’t afford to spend money they no longer have. Yet auto insurance, the third most expensive line item for my family behind mortgage and healthcare, is so far humming along as if nothing has changed. It should, because auto insurance costs are supposed to be proportional to risk.

Things are beginning to happen. On March 23rd, the same day I opened my insurance bill and lost my shit, an organization called the Consumer Federation of California Education Foundation filed a petition for a hearing with the California Insurance Commissioner. They want to request rulemaking to compel auto insurers to provide “immediate and appropriate relief to policyholders whose premium has become excessive as a result of the considerable reduction in risk of loss stemming from mandated sheltering in place and other effects of the COVID-19 pandemic.”

This followed on the heels of a March 18th letter sent to the insurance commissioners of all fifty states by Consumer Federation of America and the Center for Economic Justice that requested much the same thing. With Allstate and American Family Insurance finally taking some action this week, it seems the needle is starting to move. But a 15 percent discount or a $50-per-car check is hardly commensurate with the nationwide drop in driving and associated risk. Mass, coordinated action to give consumers relief on this front is desperately needed.

None of this should be interpreted as asking for a handout. Auto insurers are suddenly and unquestionably paying out far fewer claims, and the cost of insurance doesn’t reflect that. People shouldn’t be expected to pay for a mandatory expense they cannot use, especially when the order to stay home is not under their control as incomes are being lost left and right.

As it stands, I may change the registration status of a couple of our cars to non-operative and take them off the policy. I may not have any other choice. But this is a bigger issue than me. The same math is playing out at kitchen tables across the country this week as we blow past the one-month mark of this strange new way of living and families try to adjust their finances accordingly. Will car insurance companies listen? Or will it take a messy fight involving millions of late payments for them to see reality? It's like they say about the pandemic itself: Hope for the best, but prepare for the worst.

Dan Edmunds is a veteran automotive engineer and journalist with a background in motorsports. He also spent significant time as a suspension development engineer for Toyota and Hyundai at their respective proving grounds.

These Are the Most and Least Expensive States for Car Insurance: Study

Aside from factors like your age, driving record, and gender, the state you live in also has a significant effect on your insurance rates.