GM says the moniker is "confusingly similar" to some of its own product names and calls it "a brazen attempt to trade on their goodwill." 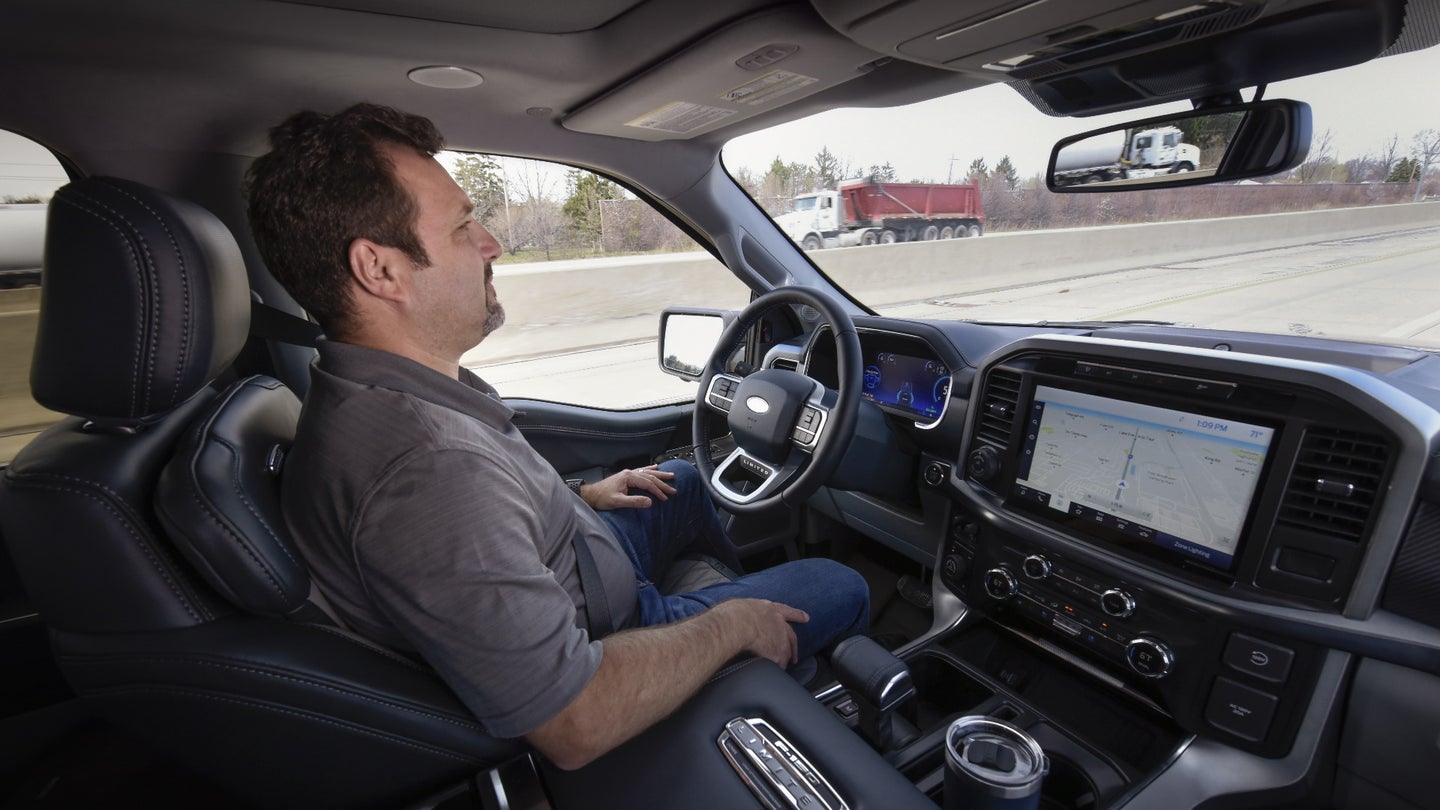 Back in April, Ford unveiled its hands-free automated driving tech, BlueCruise. Effectively serving the same purpose as General Motors' Super Cruise system, it's another step towards fully autonomous driving, and Ford heralds it as a mighty technological achievement. That's all well and good, but it appears Ford's prime competitor from Detroit has at least one issue with it: the name.

GM is suing Ford for using the word "Cruise" in the BlueCruise name, saying that makes it too similar to the Super Cruise moniker. Adding to that, General Motors' self-driving subsidiary is simply named Cruise, so it's a problem on more than one front. Ford obviously objects to this, and a legal battle is coming.

The case was filed on Friday, July 23 in a California court. In the lawsuit, GM says that the BlueCruise name "is confusingly similar to the CRUISE family of marks developed and used by Cruise and GM—and a brazen attempt to trade on their goodwill." The company claims that the name qualifies as trademark infringement and its use is unfair competition on the part of Ford. Per these allegations, GM wants all profits Ford gains from using the BlueCruise name, as well as an undecided sum in damages.

Ford sees this lawsuit as ridiculous. In a statement, the Dearborn automaker said that the case was "meritless and frivolous," going on to claim that the word "cruise" has historically been used to describe many cruise control systems equipped to a variety of vehicles. "Drivers for decades have understood what cruise control is, every automaker offers it, and 'cruise' is common shorthand for the capability," the automaker said in a statement.

GM claims that discussions were held between the two companies prior to the lawsuit being filed. It's unclear how far-ranging these talks were, but needless to say, neither automotive giant would budge. Ford isn't about re-brand its advanced driver assistance system just because GM says it can't use the word "cruise"—not without a fight, at least.

It's unknown how long the case will drag on. If the judge agrees with Ford that the case is "meritless and frivolous," it may just be thrown out and that'll be the end of it. If the judge leans more towards GM's side of the case, it's possible—as unlikely as this may seem—that Ford will have to rename its system, perhaps more along the lines of Lincoln's ActiveGlide. We'll just have to wait and see how this one goes.