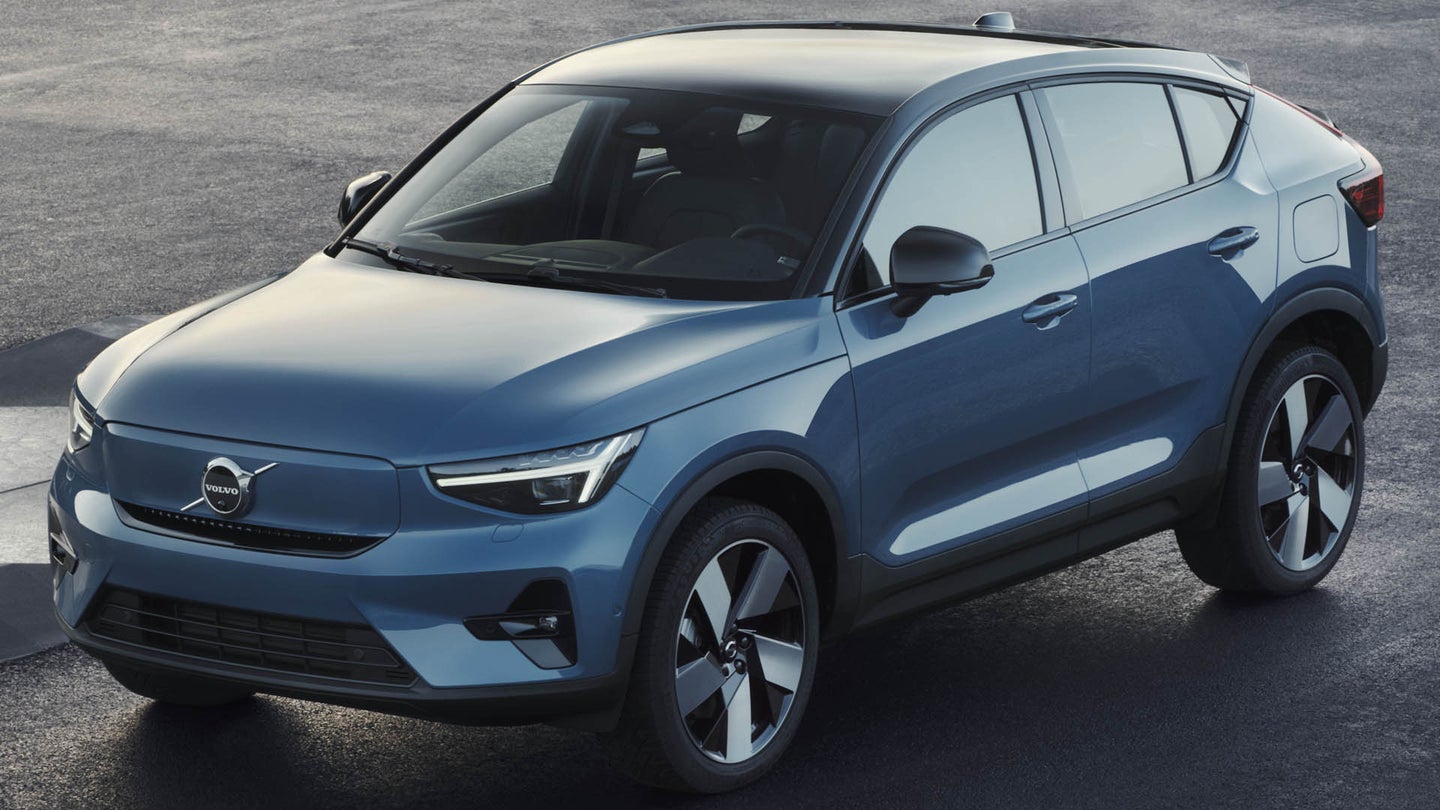 Volvo has unveiled the C40 Recharge, the company's second fully electric vehicle, alongside an aggressive, ambitious strategy to push towards 100 percent full electric vehicle sales by 2030. The automaker said last year that the pandemic wouldn't stand in the way of its electric transformation, and it looks as though it's taken that on board in developing the C40. It's designed to use technology that exists, from charger speeds to the platform it's built off (shared with the XC40 Recharge), and with a "simplification" of customization to help sales move online and customer-led rather than dependent on dealerships.

That last point is pretty controversial for the U.S. market but Volvo was clear in this morning's media session: sales of its fully electric cars, starting with the XC40, will be online only. The rest of the car, however, Volvo has not exactly played it safe but kept things realistic. Going to production in late fall 2021, the car is available to order now and Volvo's plan is to make this a car that's easy to purchase, straightforward to deliver and which provides a user-friendly door into the world of EVs. The automaker acknowledges that it's going to be an iterative car, improved by updates over the course of its lifespan and supported to the customer first or secondhand for half a decade.

As a company, Volvo announced today that it will be moving to 50 percent fully electric vehicle sales by 2025 and 100 percent by 2030. That's a global strategy that, yes, involves the U.S. Volvo's strategy stateside had previously moved to PHEVs, which it says has had more take up than it could have hoped for and that reinforced its decision to move towards offering full EVs.

The C40 Recharge is based on the same CMA electric platform as the XC40 Recharge, which it's essentially a redesigned, sleeker version of. There have been aerodynamic updates to its shape, making the car's roof more of a curve but keeping the overall form and the XC40's frunk, even while adding a rear spoiler and some sharper lines to improve efficiency.

It's got 402 brake horsepower combined from the front and rear motors and 78 kilowatt-hours of usable energy onboard in three isolated packs, built into the crash structure for enhanced safety. That gives it a 4.9-second zero to 60 and a WLTP-estimated 261 miles of range—not a shabby amount for the size of battery. In terms of charging, Volvo has gone into a partnership with Chargepoint that will allow C40 owners to use not only their network but applicable partner networks. The car can be charged at up to 150kW for rapid DC charging, the fastest chargers currently available, to 80 percent over around 40 minutes. Volvo said in its reveal that the choice to cap charging at 150kW was part of its pragmatism around the C40 Recharge—it could have, as many automakers, allowed for higher but why, when it doesn't exist as infrastructure yet? 150kW chargers are rare enough.

The interior of the car is very much based on what Volvo feels to be the best-loved features of the XC40's design. This includes, maybe bizarrely, a special mention for the trash can. Interior stylings are based on the topography of a map and the now-obligatory infotainment system is run on Android, with Google Assistant providing natural speech assistance from Spotify selections to route energy management and the car coming with unlimited data. 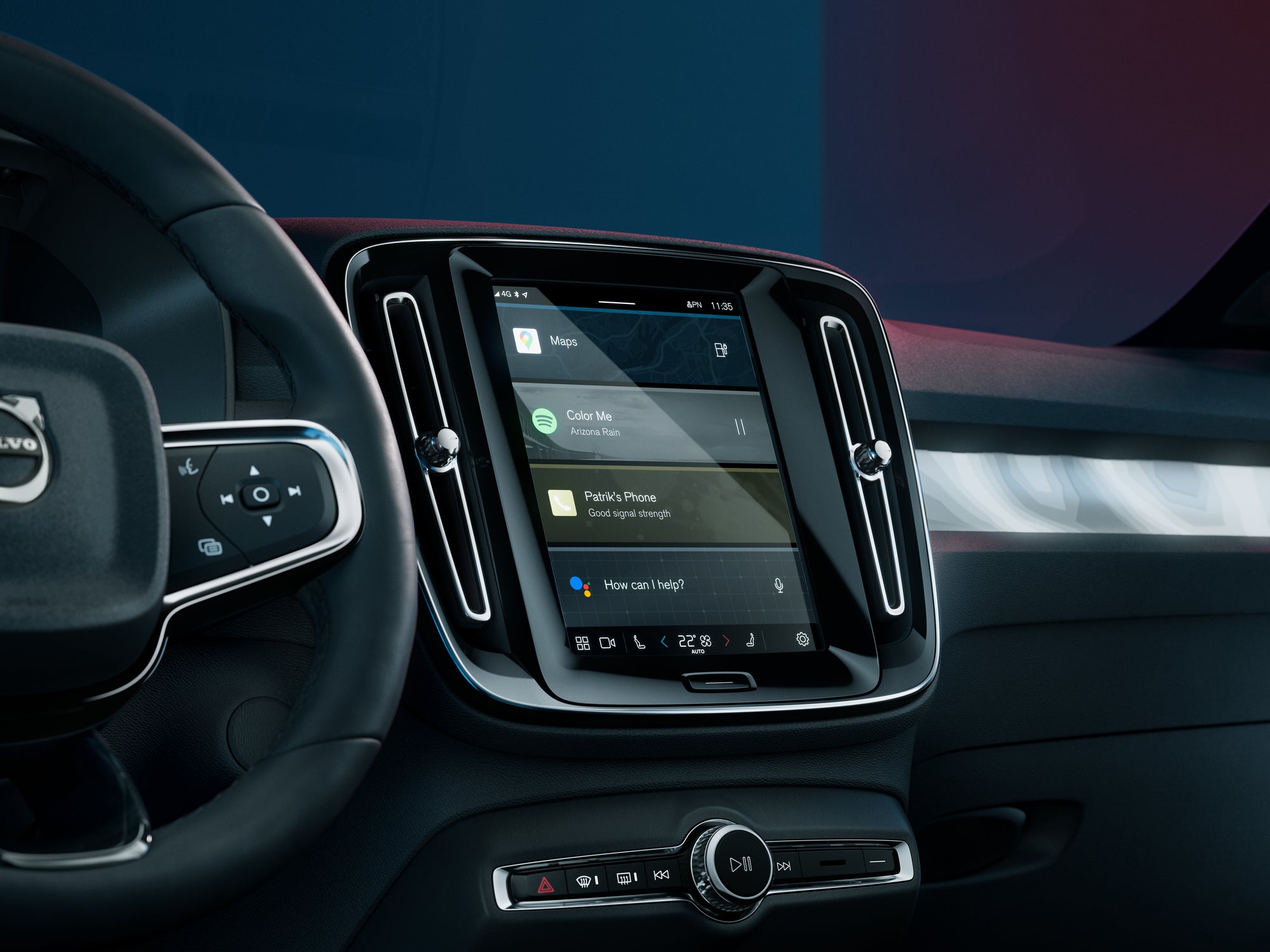 Unusually, for a car that went on sale today, Volvo didn't actually say how much it costs. If it's in line with the XC40 then Autocar estimate it will be around $75,000. That's a big price tag for an EV that it openly admits is for suburban driving as a second car. More than twice a Chevy Bolt, that's straying into Taycan territory. Especially when the philosophy with the C40 Recharge has been, according to Volvo, to do "just the right amount," not building crazy big batteries when it isn't needed, making the car exactly the right size and horsepower for what the company believes it needs to do.

There's something refreshingly honest to Volvo saying it doesn't think this is the best EV it can make. Volvo believes it's the best EV to start with, and that it will get iteratively better with over-the-air updates that improve range and usability. At today's launch, the company said, "The day a brand new car leaves the factory is rarely its best day." But an EV platform does allow the same car to eventually become its best self.

After the harrowing experience of getting through all this, that's quite a comforting thought for any of us.