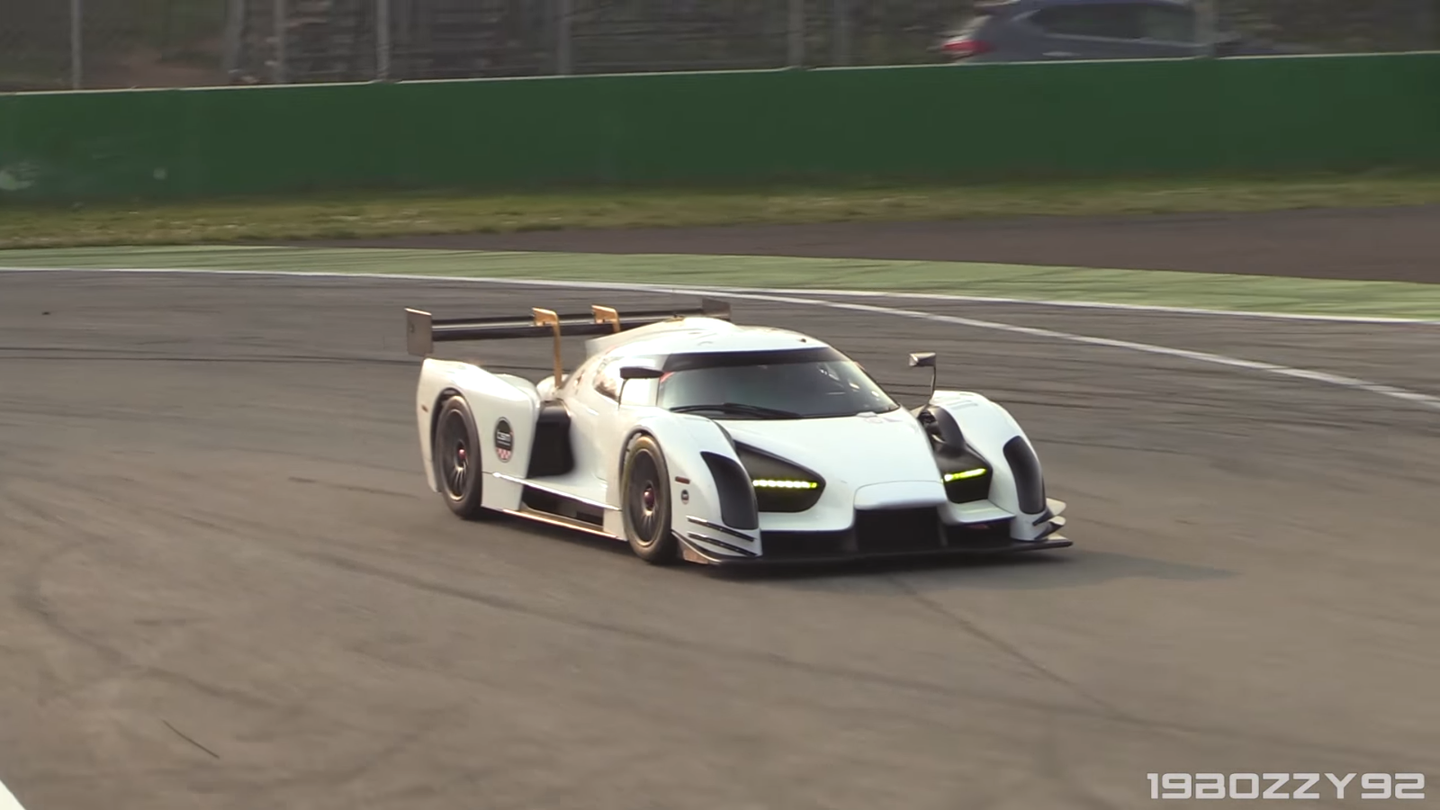 Scuderia Cameron Glickenhaus is one of the more unique marques in the industry. Headed by Jim Glickenhaus, a former financier and film producer and director, the independent company helps play out his dream of developing a GT racer that reflects his love of endurance motorsport. The SCG 003 Competizione is the brand's most track-focused example, with high-downforce aerodynamics, a series approved 3.5L V6 engine, and a Hewland gearbox, to make it competitive in races like the 24 Hours of Nurburgring, an event in which the car competed last year. This video shows the SCG 003C attacking the turns at Monza, showing off the racing prowess that Glickenhaus and his team have attempted to instill in the car.

Despite SCG's dedication to making the 003C road-legal, it's nothing short of a race car. Its radical bodywork harps on aerodynamic efficiency, making sure it sticks to the tarmac around some of the world's most famed tracks. Its thoroughbred powertrain is a lightweight unit that helps keep curb weight down to 2,976 pounds, and launches the car through series of apexes with 440 horsepower in race trim.

The crew is undeniably proud of the car—as they should be. It did exceptionally well in last year's 24 hour race, especially when you consider it wasn't built by a big-name manufacturer. They claim that the SCG 003CS variant could lap the Nurburgring in 6:30 ... on street tires. With the visionary Glickenhaus at the helm, expect to see a lot more spring from this project in terms of records and racing wins.