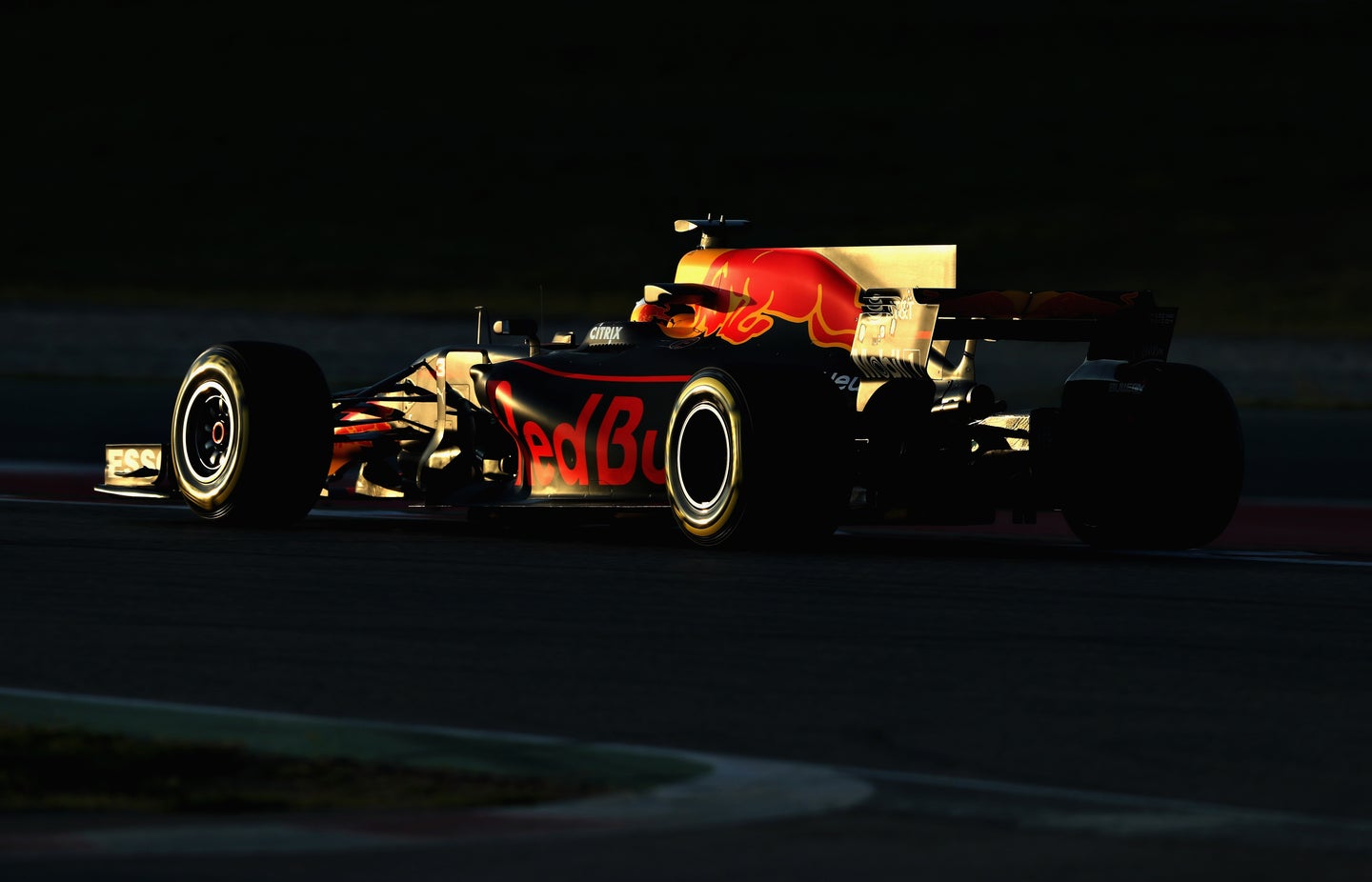 If McLaren and Red Bull were looking to take the fight to Mercedes in 2017, that dream is looking a little less likely. While Mercedes was the fastest overall in the first day of testing, both Red Bull and McLaren struggled with their cars.

Fernando Alonso's McLaren failed to complete a single timed lap in the morning session, as the Spaniard was called into the pits when an oil systems problem was discovered on his Honda powered McLaren MCL32. Though he did finally manage to turn a timed lap, the afternoon session barely went better for the team, with Alonso cranking out just 29 laps—the fewest of any driver in the session—and clocking in at 1:24.852, the second slowest time of the afternoon.

Alonso himself told Formula1.com he was disappointed with the day, as the 29 laps he ran were mostly installation laps to make sure the car wouldn't break—again. Plus, in a series with limited testing, the 2005 and 2006 champion only has three days left to test the car before they go racing in Australia.

Red Bull's morning session went mildly better than McLaren's, with Daniel Ricciardo managing a full four laps before having the honor of bringing out the first red flag of 2017. The affable Aussie's RB13 suffered a sensor problem that left him stranded on track and out of the rest of the session.

Luckily for Ricciardo and crew, the car held on to turn 50 laps in the afternoon session, turning a time of 1:22.926—good enough to put them fifth.

Both drivers will hand the cars over to their teammates for tomorrow's test day, with Max Verstappen stepping in the Red Bull and rookie Stoffel Vandoorne in the McLaren.