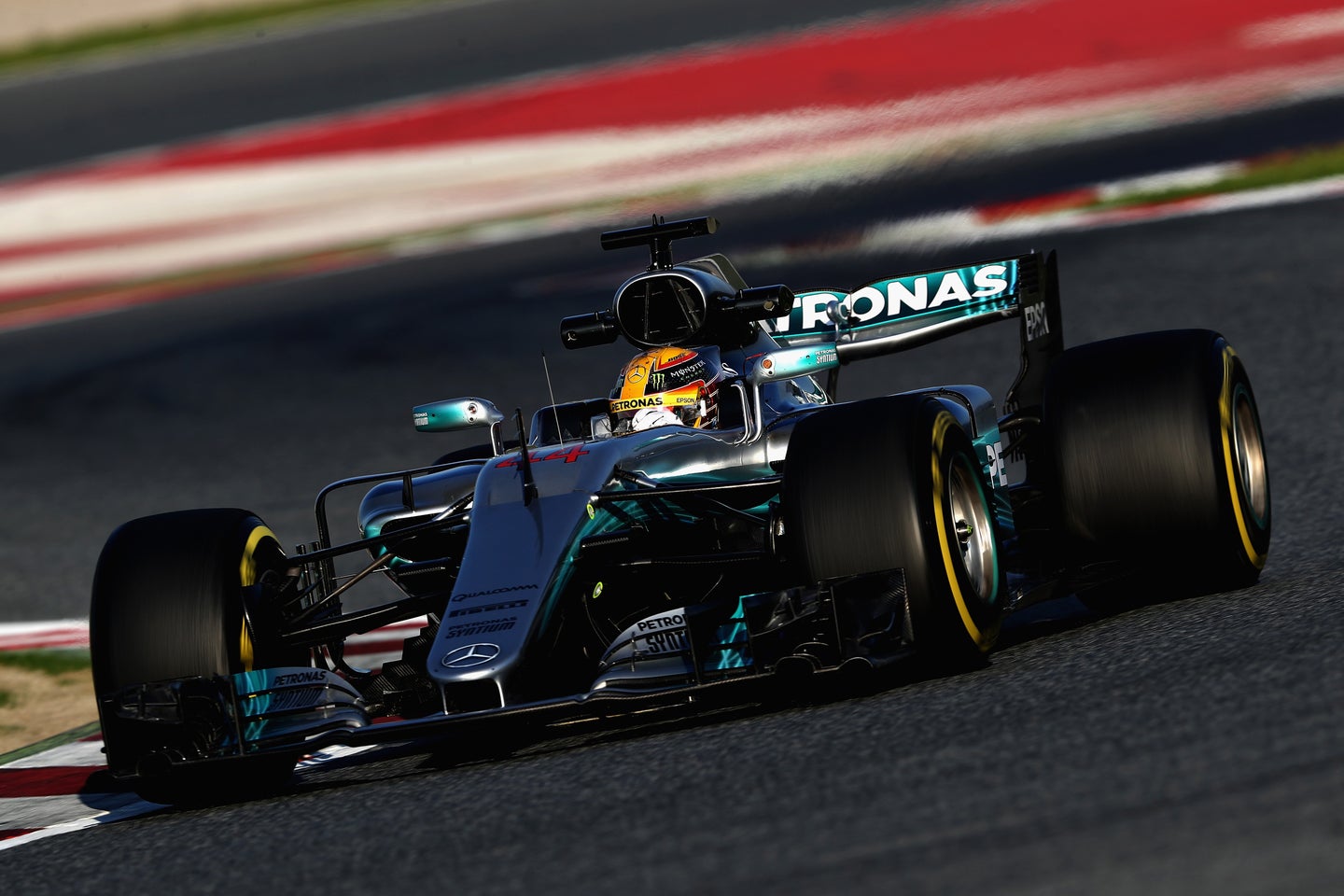 After a dominant 2016 season, the Mercedes F1 team started 2017 right where they left off, at the front. Lewis Hamilton turned the fastest time of the first day for Formula 1 testing, clocking in at 1:21.765. Ferrari's Sebastian Vettel finished the session P2, just over a tenth behind Hamilton, after pacing the morning session for the Scuderia.

Hamilton didn't run the morning session, but Mercedes' newest driver, Valtteri Bottas still did the reigning champs justice, turning a 1:23.169, slotting him in P2 behind Vettel.

Times tumbled as the day went on, with Hamilton's afternoon session time being more than a second quicker than the time Vettel turned in the morning, and a second and a half up on his Mercedes teammate. Bottas would return in the second session, but could not match Hamilton's pace, finding himself only sixth on the charts.

Williams' Felipe Massa, after pulling a Jeff Gordon and un-retiring, filled out the top three in the afternoon test session. Massa had announced during the 2016 season that he would not be returning for 2017. But, with the sudden retirement of Nico Rosberg, Massa's former Williams teammate, Bottas moved to Mercedes to fill the vacant seat. Williams found themselves one driver short for 2017 and, hence, Massa is back for an encore season.

Not everyone had as good of luck as the Williams, Ferrari and Mercedes teams, however, as McLaren and Red Bull both found themselves battling gremlins with their cars during the day.

It's the first time the new 2017 regulations have been put through their paces and, despite the many changes, it seems Mercedes still has the upper hand on the rest of the paddock. At the very least, even if Merc dominates like they did last year, the new wider and more aggressive cars look awfully pretty testing in the Barcelona sun.