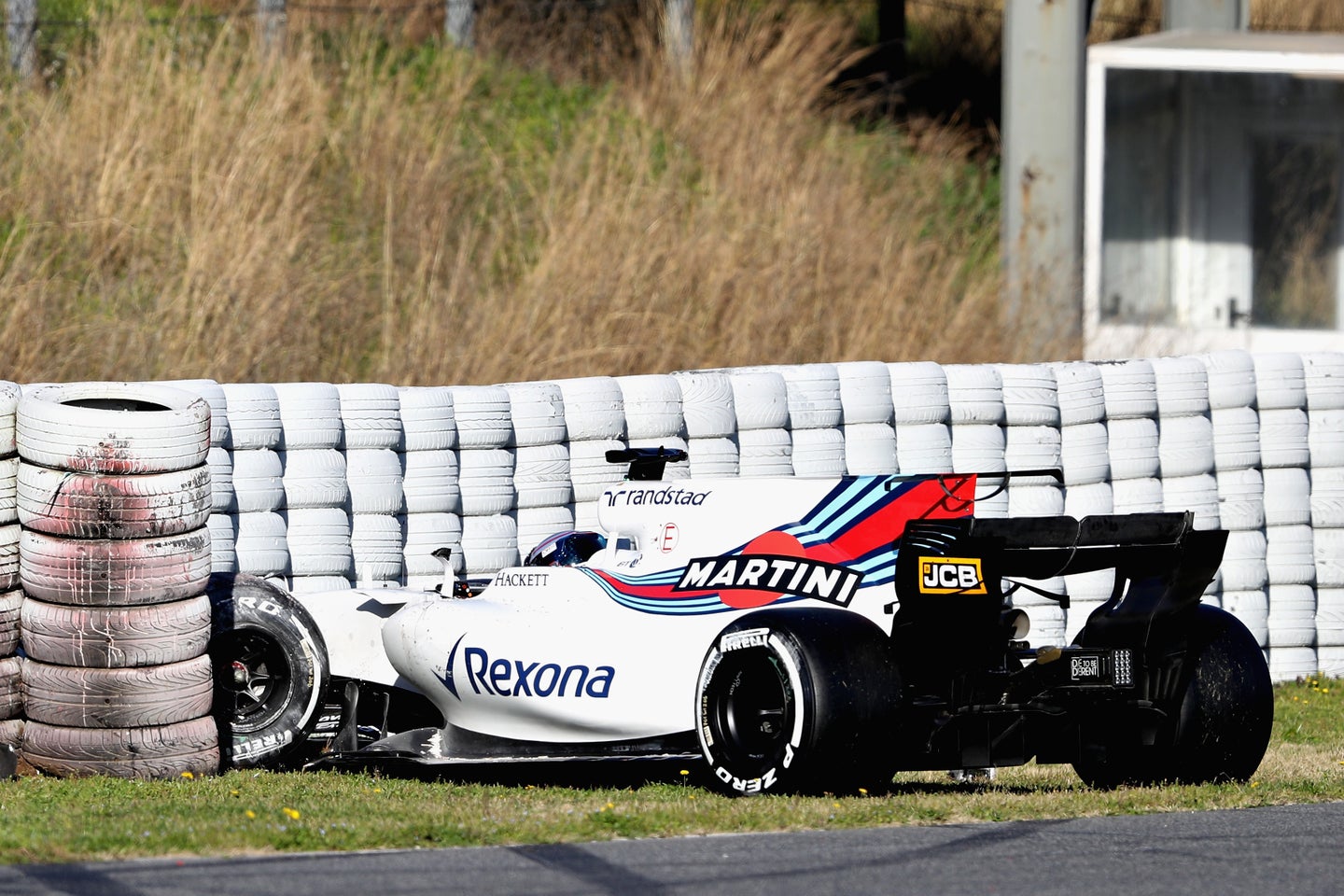 Formula 1 testing continued at the Circuit de Barcelona-Catalunya in Spain in preparation for the 2017 F1 season. As with the previous two days, Mercedes and Ferrari found themselves at the top of the charts on day three.

Valtteri Bottas for Mercedes and Sebastian Vettel for Ferrari both set times below 1:20 for the very first time in testing. Bottas turned the fastest time of the day at 1:19.705 with Vettel falling in line 0.247 behind, impressive time given that Vettel ran the lap on the soft tires to Bottas' ultrasofts. Thus far, they are the only two to crack the 1:20 barrier, with Ricciardo coming in third nearly a second and a half behind.

The lap times are a testament to the speed of the new 2017 regulations. The wider, lower cars with fatter tires may not be as quick down the straights, but the increase in cornering speed has led to the dropping times. Bottas' lap is nearly a quarter of a second of a second quicker than the outright fastest lap at the Spanish track, a 1:19.954 set by Rubens Barrichello in qualifying in 2009.

Despite the record breaking time set by Vettel, the day wasn't all sunshine and daisies for the Scuderia. Near the end of the afternoon session, Vettel brought out a red flag by stopping on track just before the start/finish line. While an official reason hasn't been released, it's suspected that the team may have run the car out of fuel.

Renault's Jolyon Palmer and Toro Rosso's Carlos Sainz Jr. also brought out red flags during the day when their cars wound up in gravel traps. But their days were still better than Lance Stroll for Williams, who managed two offs during today's test session, bringing his two day count up to three separate incidents. The first, during the morning session, was thankfully just a spin, but in the afternoon session the 18-year-old hit the barriers and brought the team's day to an early end. The misadventures have even spawned a website—hasstrollcrashedyet.com—that is tracking the youngster's offs.