This is more than a Maranello bromance. 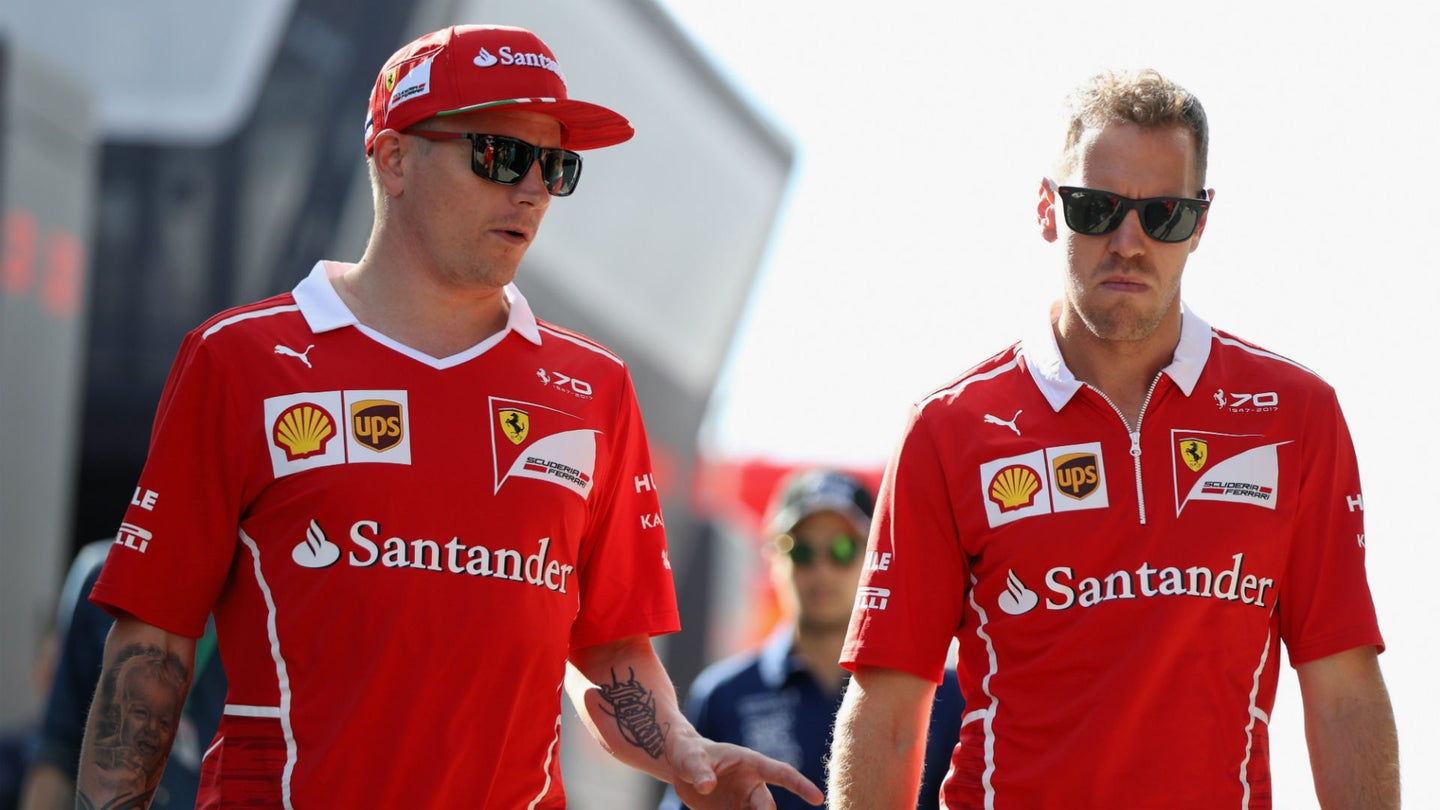 Sebastian Vettel is known to have a fiery personality that you can see on track and hear on the team radio come Grand Prix Sundays. His intensity and competitiveness switch on when he hits the grid, and he doesn't let up for anyone, even his own high-skill teammates. He has proved this in the past with Mark Webber at Red Bull and once again at Ferrari with Kimi Raikkonen. However, Vettel claims that his current teammate in Maranello is his favorite ever, and it all boils down to his apolitical demeanor.

In an interview with Motorsport.com, Vettel explained that out of all his relationships with past teammates, Kimi remains the best.

“Obviously it makes it a lot easier if you have somebody who you are working with that you feel the respect," Vettel explained. "You know, many times people tend to make things much more complicated than they are, especially in Formula 1, so it’s good if you can work with somebody where there are no politics or no confusions or anything.

“In this regard, Kimi is probably the best teammate that I had. He is pretty straightforward, but I also got along well with Daniel [Ricciardo]."

Kimi's no-nonsense persona helps the Ferrari duo to worry about one thing only–winning races. Seb has brought up in the past that there have never been any issues regarding team orders between the two saying, "I can't speak for other people, but Kimi and myself were racing each other the whole year."

“Then with Mark [Webber], obviously at times we had our differences," Vettel mentioned. "Also I have to say we were different generations, so we probably from the start were not that close. But that is how it is.”

Vettel explained that these past three seasons at Ferrari have been some of the best of his career despite not having won championships like he did at Red Bull. It boils down to the significance that Ferrari has in Grand Prix racing, making driving for the team a feat in its own.

“I am very happy and honored to race for Ferrari,” he said. “But I want to win. Do I measure happiness in success? Probably not.But what makes me happy is if I can get out of the car and say that I’ve done everything I could and I’m happy with my own performance

“I think it makes me extremely happy to see that, to have the team behind me, to see that we are all together as one team. And apart from the racing side, obviously all the challenges that I have at home.”