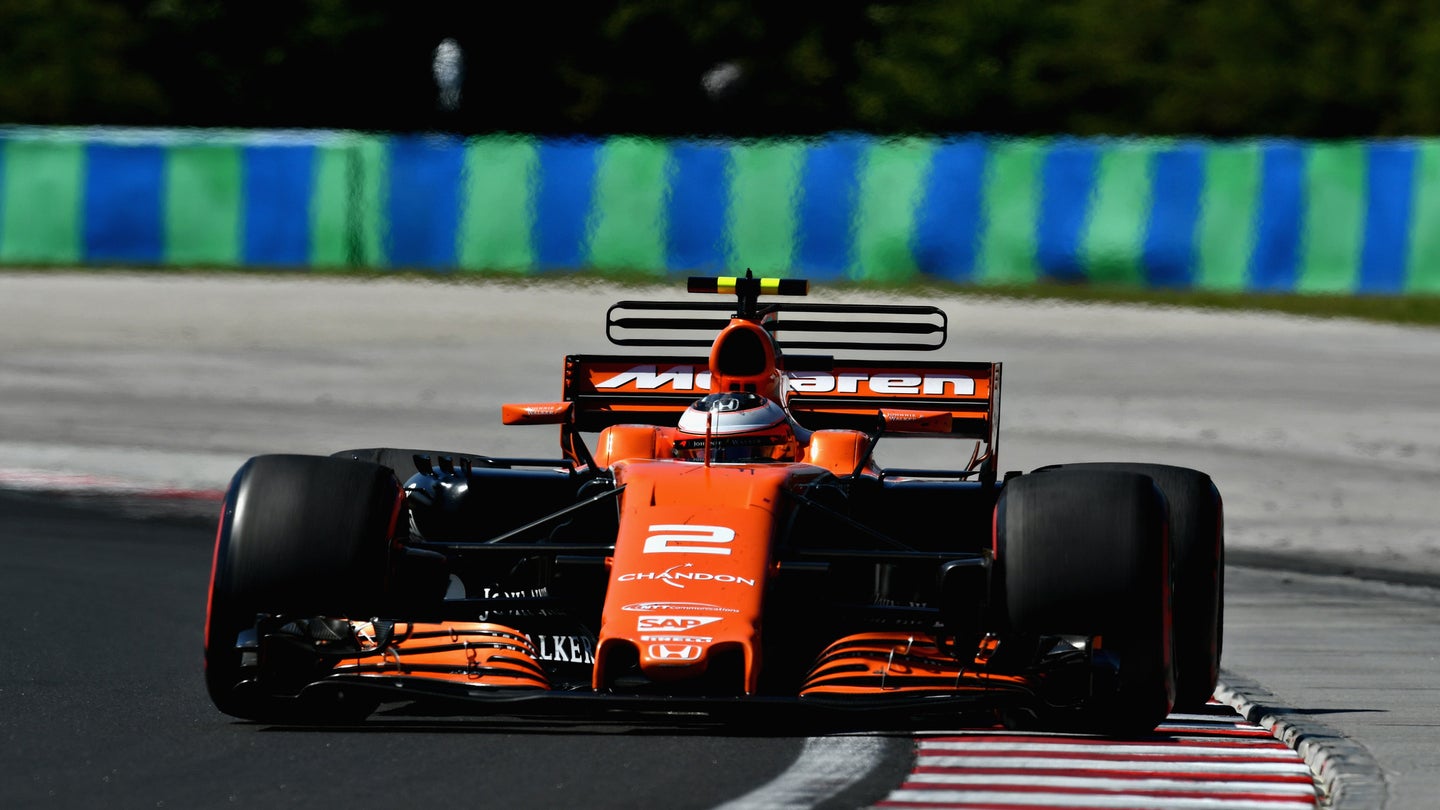 Amid a whirlwind of drama surrounding Fernando Alonso and McLaren-Honda, the Formula One team has officially announced that it will retain Belgian young gun Stoffel Vandoorne in 2018. The former GP2 champion was expected to stay put after signing a long-term contract with the team last year, but this ensures that he'll be around come next season. The rookie was promoted to a full-time seat after he replaced Jenson Button at the beginning of this season.

Vandoorne has been with the crew since 2013 when he started on McLaren's junior team. Working his way through the ranks, he was able to perform at the top-tier of GP3 and GP2, earning his spot alongside Fernando Alonso this year.

"I'm delighted that the team has now formally announced that I will continue to race for them next year, because I'll be able to approach the second half of my rookie season with total focus on the job in hand: namely getting the very most I can out of my car, my engineers, and everything and everyone around me," Vandoorne said.

His results in 2017 have been consistent with expectations, considering how many problems McLaren has faced with its engine supplier. A season-best 10th place finish scored him the first points of his career at the Bahrain Grand Prix, and he has been consistent throughout the season, giving McLaren all the more reason to keep him on board.

"When we announced at the end of 2016 that Stoffel would be a McLaren Honda race driver for 2017, we indicated that our plan was that he'd race for us for a number of years," said McLaren's racing director Eric Boullier. "That plan hasn't changed, and I'm very happy therefore to be able to confirm that he'll continue to race for us next season.'

Boullier praised Vandoorne's ability to compete with Alonso, especially since it's his first year in the sport. According to Boullier, having such a tough competitor as a teammate has pushed Vandoorne beyond where he was at the start of the season.

"His teammate is a tough opponent—that's an understatement in fact, because he's arguably the best driver in the sport today—but Stoffel's robust talent and fierce ambition make us sure that he'll achieve great successes with us in the future," he said.

While Alonso's future with the team remains in limbo, much of the focus will shift to the former world champion as the second half of the season begins. Talks of Alonso wanting out of McLaren have been around since the start of the year, with even a shift to IndyCar being a possibility. Vandoorne has been forced to live in Alonso's shadow...but he at least knows he will have a solid spot with the team come 2018.

McLaren Is Looking at IndyCar for 2019

An appearance at the 2018 Indy 500 for McLaren is an option that is being discussed as well.

The Spaniard star wants it to be the “first of many.”