A look at whether this brodie knob is good for the common daily driver.

Check Latest Price
Summary
This simple broadie knob has a lot going for it, namely control. If you can keep it in position, the unique clamp design actually does an equal job of giving you control over the vehicle as more traditional screw-on broadie knobs.
Pros
Cons 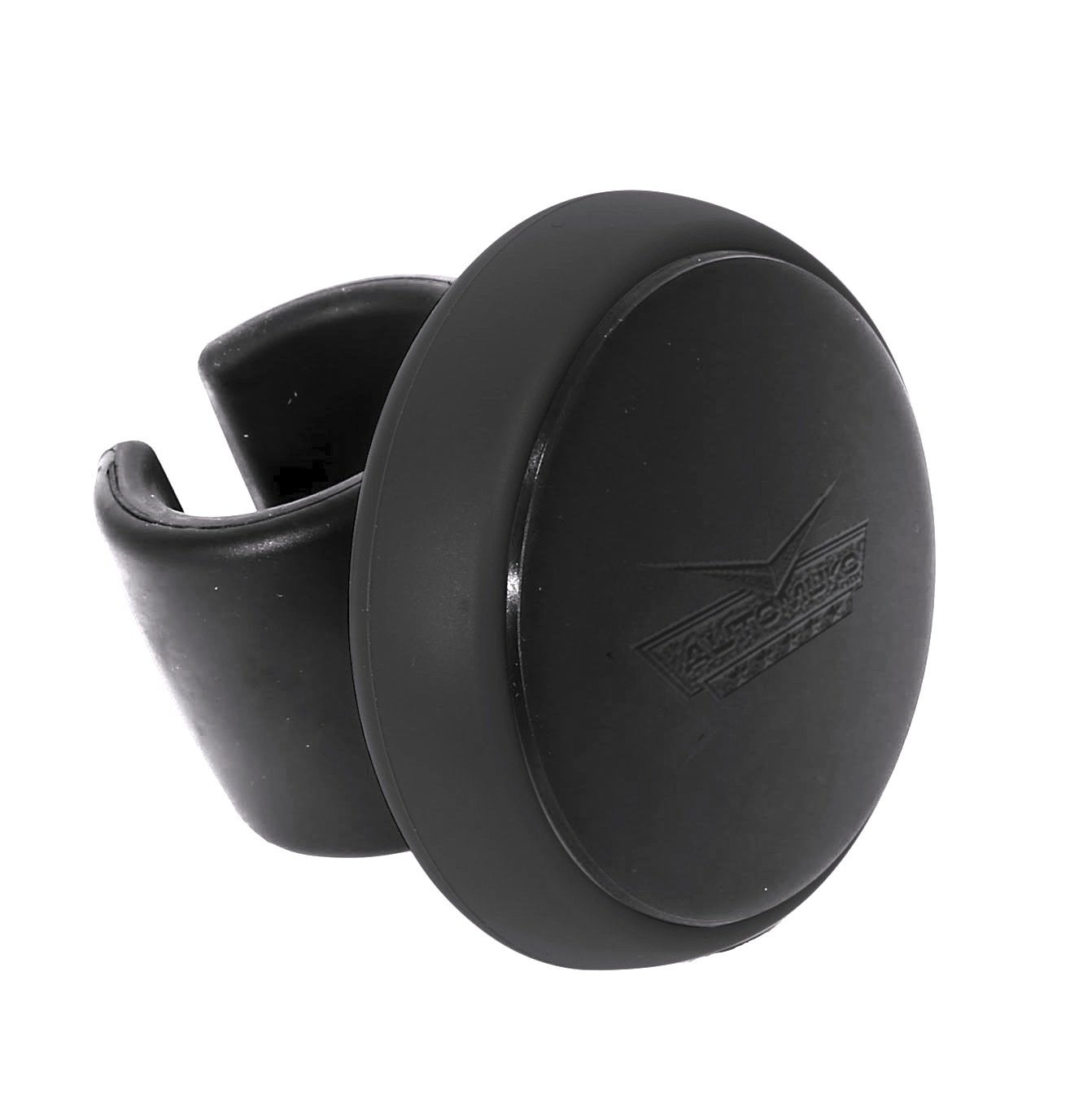 TheDrive and its partners may earn a commission if you purchase a product through one of our links. Read more.

Many people find the idea of a brodie or suicide knob to be questionable. Most people can't fathom driving their sporty little Miata with a gear shift knob sticking out of the steering wheel. In many ways, the typical suicide knob is a commitment to a little power handle that promises ultimate hand control: You either invest five minutes into fastening the knob onto the wheel, or forget about it altogether. Once you have it attached, it's like you are telling the world you have made your choice, you are comfortable with it, and you'll have "words" with anyone outside who may disagree.

That is why I was intrigued by the idea of using AutoMuko’s Steering Spinner as a brodie knob for the daily commute. Unlike other steering wheel knobs, this one is quick and simple to install, has a low, discreet profile, and gives you the option to go between "Brodie Mode" and your normal, everyday driving setup.

Is it the perfect option for anyone secretly wanting to drive one-handed without broadcasting their "Bro User Status" to the world? After using it for several months, I can confidently say that it's as close as you'll get with any steering wheel spinner knob option.

A typical heavy-duty, high-quality spinner knob has a large presence on the steering wheel. Normally, this makes sense since they get their design cues from semi-trucks, John Deere tractors, and even some riding lawn mowers where virtually everything is super-sized for practical (or "practical") reasons alike. They tend to stick out, get in the way, and can even be dangerous on older vehicles that lack power steering when it whips back to the center (hence the name suicide knob).

Compared to the traditional design, you'd be forgiven in thinking that the AutoMuko Spinner shouldn't even be considered a knob at all. Perhaps, its flat profile looks more like a pancake. While I'm sure someone will now go out and trademark the name "Spinner Pancake," rest assured that the AutoMuko Spinner does have the same feel of a true spinner wheel even though you have to hold it in a different manner.

Its flat, wide presence invites you to press down onto the knob instead of grabbing it. With a little bit of downward pressure, you not only get enough grip to move the steering wheel, but you also help keep the knob on the wheel's surface during tight turns.

The backside of the knob is where the real magic happens, in the sense of preventing the knob from flying off as you frantically spin the wheel. The mounting point has a two-prong clip made of hard plastic that flexes just enough to wrap around the diameter of most steering wheels. Notably lacking from this design is any kind of lock or screw to hold everything together. Instead, the knob relies just on the friction created between the clip/steering wheel and the downward force you apply.

On paper, this would seem like a recipe for disaster. In my own experience, however, I've found the exact opposite to be true. I even used this thing with my large Ford F150 in blizzard conditions and was able to keep my gloved hands on the knob without any issue.

Getting this thing on and off of a steering wheel is where the AutoMuko Spinner really shines as a daily commuter spinner. Unlike traditional designs that require you to latch and screw the knob onto the wheel, the AutoMuko Spinner simply clamps onto the rim with a bit of force. The edges of the prong are blunted so it won't scratch the wheel's surface (like overpriced leather) as you push.

Taking it off of the wheel is equally as easy. All you have to do is grip one edge, force it up, and tuck it away in a glove compartment. In total, you can get the knob on and off in about ten seconds.

As a discrete brodie knob, the AutoMuko Spinner beats out more traditional designs that require extra time and attention to put it on. The only drawback I've discovered with the clip mount, however, is a small degree of play the knob has when you spin the wheel. You can rotate it around the rim of the wheel with just a bit of force to unbalance it. This doesn't cause any major hassles while driving, but it is easy to push the knob off-center after spending several minutes trying to get it perfectly balanced on the wheel before driving.

If you've used a traditional brodie knob before, you should expect a small time for adjusting to the feel of the AutoMuko Spinner. Your first inclination might be to grab onto the knob as you begin to spin the wheel around. Over time, however, it’s easy to get used to the correct hand grip.

If you are just starting out with a brodie knob, it's hard to beat the natural interaction this knob invites. In other words, it feels like the knob is just waiting for you to rest your hand on the top and spin it around like a dance. The grip is strong, the hand is comfortable, and all seems right with the world when your other hand can shift or gesture frantically in communication with your fellow drivers.

Having used it for several months, I can also say that the quality of the knob holds up after some use. The head still spins freely in both directions and doesn't hang up as it rotates around the steering wheel. Provided you aren't constantly taking the knob off and on the wheel, the clip is also likely to hold up.

If you find yourself intrigued by the mysterious or forbidden nature of the brodie world and aren't bound to uphold that classic car, hot rod look in your daily commute, the AutoMuko Steering Spinner is a good way to get a taste. Since it’s easy to take it on and off and has a flat profile, it doesn’t broadcast its brodie status as much as other options. As long as you use this (or any knob) responsibly, the knob does a great job of giving you fine, one-handed control over your vehicle.

Final Verdict: If you’re tempted to try out a brodie knob on your ride, this is the spinner to try out.

Get Your Hands on One of the Best Steering Wheel Covers

Protect your wheel from the sun and prevent it from wear and tear.

Add Security to Your Car With These Steering Wheel Locks

Best Power Steering Stop Leaks: Prevent the Steering Wheel from Locking Up on Your Drive

Stop leaks and prevent your steering wheel from locking up with these power steering stop leak fluids.

The best steering wheel knobs for your car, truck, SUV, boat, or tractor.