Ferrari Or Porsche – Which Is The King Of The Nineties? 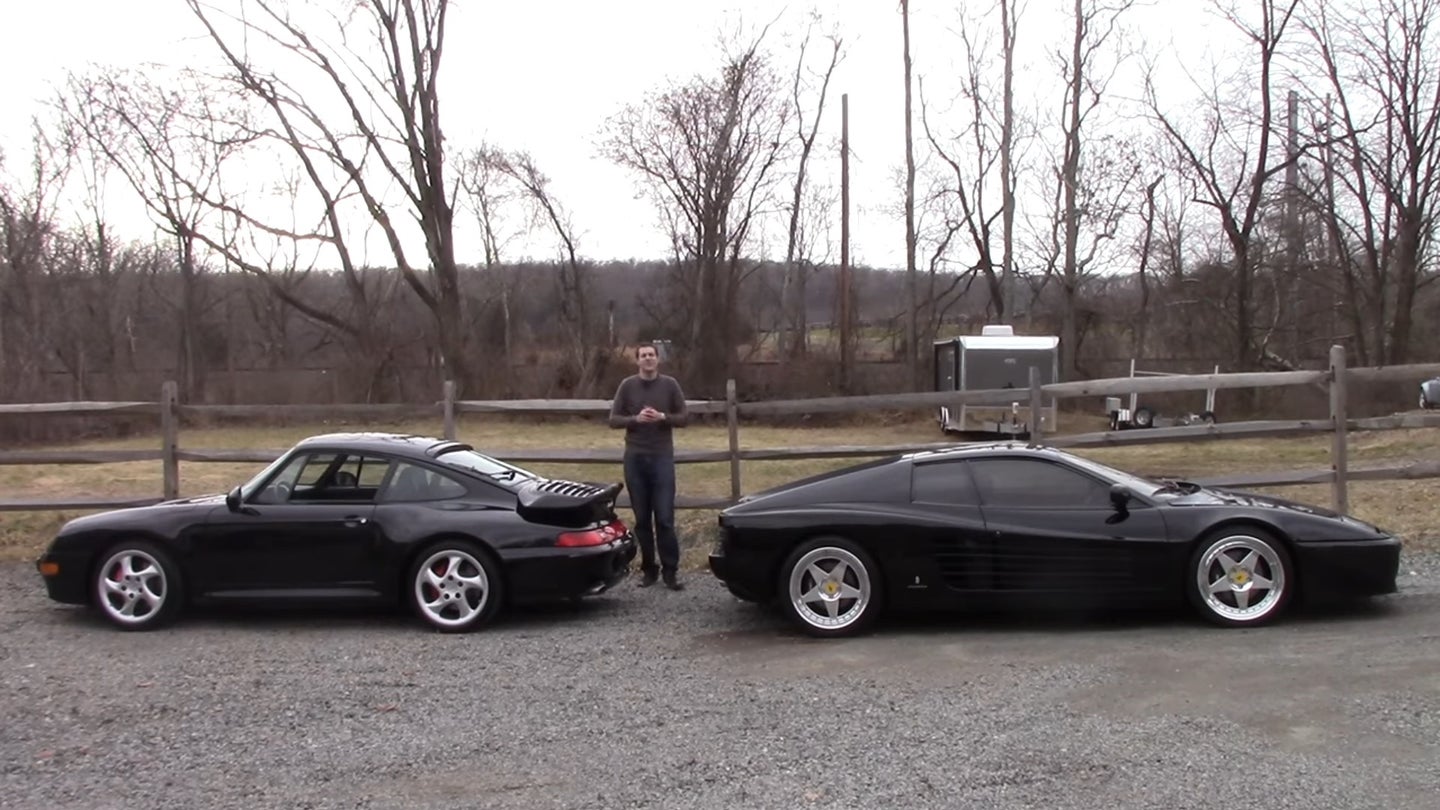 When you think about 1990s supercars, your mind usually jumps to the Italian, but if you want a 90s supercar you can use everyday the only real answer is the 993 Turbo. How do the two cars compare in the context of 2017? Leave it to Doug Demuro to drive them both and figure out the answer for you. In this video, he tackles the difficult and thankless job of comparing two cars about which the owners are wildly enthusiastic. Many of you will have formed an opinion of the two cars before even watching the video, based simply on your previous knowledge of the two. Without having driven the two back to back as Doug has here, we'll just have to take his word for it.

It is interesting to see what Doug likes about each car, commenting at how "normal" the 993 Turbo feels, with a quality door shut sound, easy to use switchgear, and everything more or less where you expect it to be. Functionality seems to be the 993's strong point. The Ferrari 512, however, has unfamiliar switches in strange places, a door shut that sounds like you've thrown a plastic ice tray into a cabinet full of pots and pans, and extraordinarily tough steering and clutch actuation.

At the end of the day, the Testarossa is harder to drive and harder to live with, but Mr. Demuro picks this one as his favorite anyway. Perhaps the 993 didn't feel special enough? Check out the video to see what he says, or read his column on Autotrader.com.