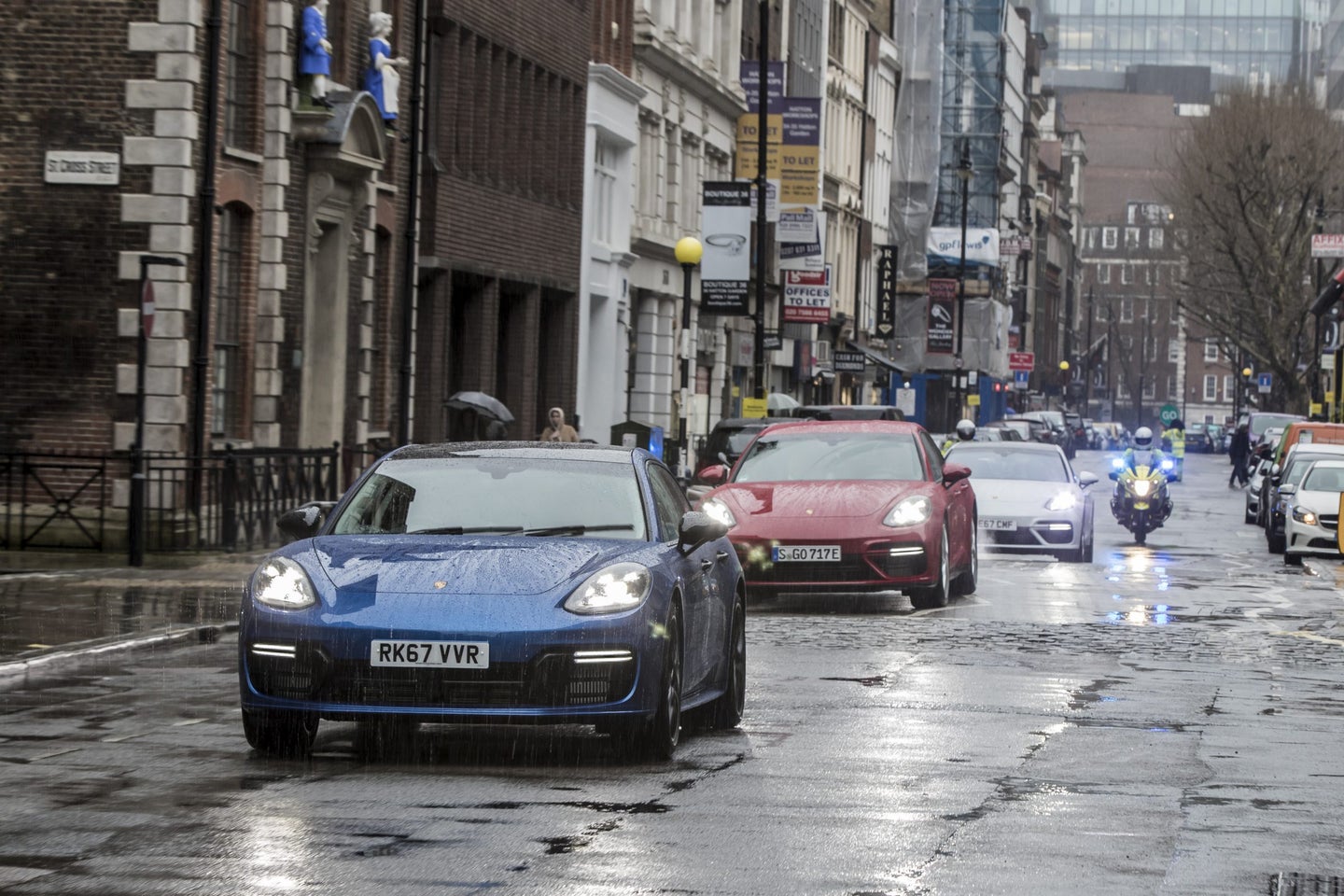 London-based gold dealer, Baird & Co., was tasked with carrying 24 bars of pure gold from its refinery, to a vault in Hatton Garden Jan 21. For such a delivery, Baird & Co. would need vehicles each capable of carrying two drivers, a radio operator, a security official, and 200 pounds of gold. The cars would also need plenty of power to escape potentially dangerous situations. For this purpose, Porsche was happy to lend three brand new Panamera

Baird & Co. was founded in 1967, the same year that the classic Michael Caine film, The Italian Job, was released. In the movie, three drivers in Mini Coopers attempt to escape Turin, Italy carrying preposterous amounts of Gold. As a nod to the film, the Panameras are painted red, white, and blue, same as the colors of the old Minis. Two of the cars were Turbo Sport Turismo models, with turbocharged V8s making 550-horsepower. The red car was an S E-Hybrid Sport Turismo, putting out 680-hp through its combined V8 and electric drivetrain.

The Panameras were loaded at 11:00 a.m. at Baird & Co.’s refining facility at an undisclosed location in. They took a well-rehearsed 12-mile route through London, with the entire journey taking about 30 minutes. The Porsches were backed up by a motorcycle escort, as well as helicopter surveillance. The trip went off without a hitch, and the entirety of the $14 million in cargo was safely locked in the destination vault.

In a news release, Baird & Co. Director Nick Hammond had this to say of the operation, "We take an awful lot of measures to ensure the security of our staff and, of course, the gold – we really do try and avoid risk. And in this instance, we had a very large shipment of gold to transport – which is quite rare. We had to rely on the cars to be absolutely reliable, to be stable and to be more than capable of carrying the gold with capacity – in terms of performance – to spare. We didn’t want the vehicles to be anywhere near their limits, which is asking quite a lot. And, despite the phenomenal weight – and the density of the weight - the Panameras had to carry, they performed impeccably."